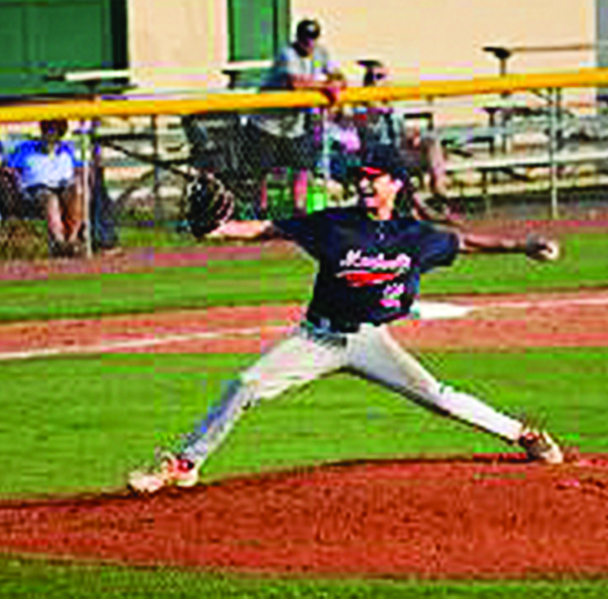 On June 27, following a 10-0 stinker at Rowan County, Mocksville Senior Legion baseball had the look of a team awaiting the wrecking ball swing. That was the night that Mocksville’s record was 1-8.

Then Mocksville got good overnight, the transformation producing the season’s signature win on July 5. Coach Charles Kurfees watched in amazement as Post 174 piled up 16 hits and punished host Kannapolis 12-4.

The team from nowhere had ripped off a four-game winning streak in a span of seven days (June 29-July 5). The team that made a sudden U-turn had won five of seven. The team that was counted out not long ago was 4-1 in the Southern Division, right in the hunt for one of two playoff berths.

“Unbelievable,” Kurfees said. “We were done. I was afraid we were not going to win a game (after starting 0-6). It was awful. Next thing I know, we have done a complete 180. We’re heading for the playoffs now. If we beat Kannapolis Thursday (in the rematch), you can pretty much chalk us in.”

“People have told me Kannapolis is probably the best team in the area,” he said. “When they took infield, I said: ‘This bunch is tough.’ They had 18 players. I mean, they were fully loaded. They’ve got some good players. That shortstop is as good as I’ve seen in years. He’s going to Queens College. He made a Corey Seager-type play and threw Wesley Mason out by a step, the fastest guy on our team. He went in the hole, backhanded and threw it in one motion.”

In the bottom of the second, Kannapolis broke a 1-1 tie with three hits. Mocksville headed into the top of the third trailing 2-1. In the blink of an eye, it was 9-2 visitors.

Blake Little, Reed Cunningham, Justin Hayes, Trot Byerly, Mason and Parker Aderhold all had hits in the third. Little and Cunningham both had two hits in the inning. When the dust settled, Mocksville had eight runs on eight hits as it sent 12 batters to the plate. There were no errors in the long rally. Dan Loyd’s hit by pitch and Jovany Mendez’s walk helped keep the line moving.

Mocksville (5-8 overall) padded the margin in the seventh, scoring three runs after the first two batters were retired. Aderhold ignited the unlikely charge with a single. After Little and Cunningham reached on errors, Landon Lowtharpe and Hayes got hits as the lead grew from 9-4 to 12-4.

There hasn’t been anything fluky about the four-game rise. During that stretch, Mocksville has outscored opponents 26-6.

“My philosophy is you play good teams off the bat and see where you need to be,” Kurfees said. “Tear them down and then build them back up when it counts.”

Mocksville’s offense went bonkers, with all nine players getting at least one hit. No one was better than Hayes, who went 4 for 5 with four RBIs. Little (3-5, four runs), Aderhold (2-4) and Cunningham (2-4, two runs) had multiple hits. This gave Little six hits in two games.

The offense was complemented by Bayden Hazlip’s mound work. In a complete game, he scattered 12 hits and walked none. He wasn’t overpowering, only striking out one, but he contained a dangerous attack.

“That’s two good performances for him,” Kurfees said. “He could be pretty good and Davie could have a couple of pretty good pitchers next year (along with Jaydon Holder). They’re out here competing and learning how to pitch. When they get in a jam, we’re making them pitch through it. When you pitch through the hard times, it’s going to make you a better pitcher.”

Notes: Kannapolis had three errors. “We actually took advantage of the other team’s mistakes,” he said. … Kurfees pointed out fine defensive games by Aderhold in right field and Little at shortstop. “Parker made two great plays in right,” he said. “Blake played really good at short.”