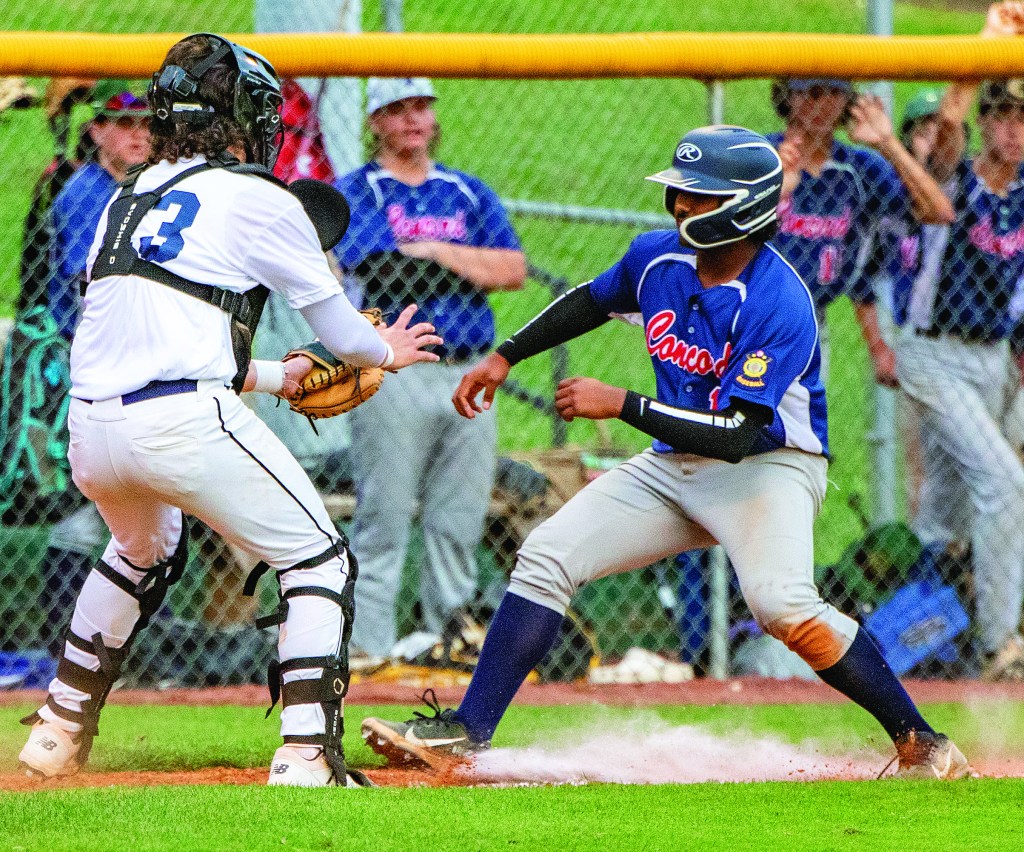 Davidson County came to Mando Field on July 1 and pulled out a 6-4 decision. The score in the first meeting was 9-7.

It’s been one tight battle after another. In Mocksville’s three Southern Division losses, it has been outscored by a combined five runs. In its three division wins, it has outscored opponents by four runs.

“This bunch is gutty and they’re going to give you everything they have every night,” coach Tim McKnight said. “We’re not playing bad baseball. When you battle, you’ve got to get a break or two. We couldn’t generate enough offense to get over the hump.”

Cole Whitaker dodged a bullet in the top of the first. After three hits loaded the bases, he coaxed a popup to shortstop Jackson Sink to get out of the inning unscathed.

Davidson scored two runs on one hit in the second. In the third, Sink walked, Bentley Moody singled and Sink scored on an error as Mocksville moved in front 3-2. In the fourth, Davidson forced a tie despite Sink turning an unassisted double play. A hit by pitch and walk followed, and the run scored on a wild pitch.

But Davidson took the lead for keeps in the fifth. Two hits were blended with an error, walk and wild pitch. Sink turned his second double play to limit the damage.

In the sixth, Davidson walked, stole second and scored on a single to extend its lead to 6-4.

Mocksville battled to the end. In the seventh, Hunter Daywalt led off with a walk. Two outs later, Jacob Leonard walked. The game ended on a strikeout with the count 3-2.

“When they got runners on, they were able to get them across,” McKnight said. “They got key hits when they needed it.”

“We didn’t hit the ball real well,” McKnight said. “They pitched it pretty well and kept us offbalance. The first guy they threw was sneaky quick. It was on top of you before you knew it. We couldn’t do a whole lot there with them.”