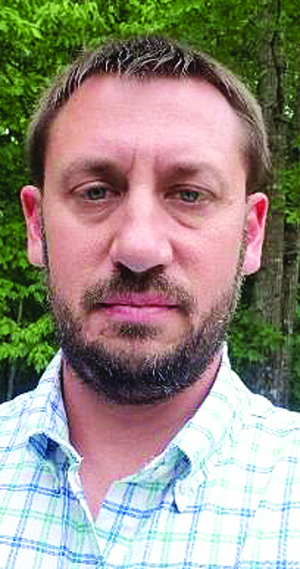 For the Davie varsity boys soccer program, it’s been a revolving door of coaches.

David Hayes was the first coach in program history in 1988. He lasted one year, the same as the second coach, Jim Lightle. Pete Gustafson guided the War Eagles for nine years, the longest tenure of any coach. Sean Garnett coached for three years, Jim Caudill for one, Jeremy Byrd for four, Joe Westfall for one and Lance Everette for four and a half, leaving in midseason to take a teaching job in Iredell County. Mark McKnight took over for the remainder of that 2012 season before Davie hired Kenneth Ham, who lasted two years. McKnight returned to the sideline to lead the team for two years. Andrew Davis led Davie for one year before Davie turned to Nathan Stephens, who coached for the past three years.

Now Jason Clark, 47, will take his turn as the Davie coach.

Clark grew up in Fort Worth, Tx. He was an exceptional soccer talent during his high school years and after.

“I played internationally for two years for the U.S. men’s team,” he said. “It was the Olympic Developmental North team. It is named differently now than it was then. And I played two years in Germany. Then I went into the service.”

His military career spanned 23 years. He was a Green Beret in the Army Special Forces. He retired in 2015 and moved to Davie County because “my wife’s family is from (Courtney in Yadkin County),” he said.

Jason, wife Dee Dee and their two children (son Joshua, 17, is  a rising senior at Davie and daughter Grayce is 9) have lived in Davie County since March 2015. Dee Dee is a teacher assistant at Pinebrook Elementary.

Once he retired, Clark jumped into coaching. He coached for five years at Fusion and for the last three years at Forbush High. An assistant with the girls program, Clark has been a part of a powerhouse in East Bend. The Falcons went 17-3-2 in 2019, 5-0 in the coronavirus-shortened 2020 season and 10-2-1 in the spring of 2021.

“I coached year-round at Fusion in multiple age groups, and every season I would have 2-3 teams,” he said. “In the winter, I coached indoor soccer in Winston.”

Since boys soccer is played in the fall and girls in the spring, the two positions don’t conflict and Clark will continue to coach at Forbush.

Clark is trying to reshape a Davie program that needs a jolt. (The new girls coach, Corbin Kopetzky, will try to do the same next spring.) He knows about Davie’s tortured history. The Davie boys’ all-time record over 33 seasons is 172-428-42. The War Eagles have four wins in five seasons.

“I’ve been monitoring and watching the soccer program at Davie since we moved here,” he said. “Some people reached out to me when (Stephens) decided to leave and told me I should take a look at this. I sent coach (Mike) Absher (Davie’s athletic director) a message saying I’m interested in this position. Since I only coach on the girls side at Forbush, it leaves this part of the season open for me to do it.”

Clark is relishing the opportunity to lead a program that is in total rebuilding mode. He is beyond pleased with how the June workouts went.

“I’m trying to professionalize soccer at Davie,” he said. “That’s my No. 1 thing. We had kids come that didn’t previously play for whatever reason. As for the returners, I saw a new spark in their eyes that maybe there is some change coming. We do everything from weight room to gym, from lifting to field work to gym work. By the end of (two weeks), I could see the lights coming on as I was talking, coaching them through certain things and explaining what they should and shouldn’t do. It was a different flair of soccer that they had never played. For me, it was very heartwarming to see.

“I couldn’t be more satisfied with the outpouring of athletes coming out. We averaged over 24 each day. Huge changes have been seen in three weeks from strength, conditioning, endurance, technical and tactical understanding and capabilities.

“At the same time, the support the school has given me has been super supportive on anything. I couldn’t ask for a better opportunity with a better administration than this.”

Clark has two positions to fill on his staff. He’s looking for a varsity assistant and a JV coach. “We are looking and it doesn’t have to be someone (on Davie’s faculty),” he said.