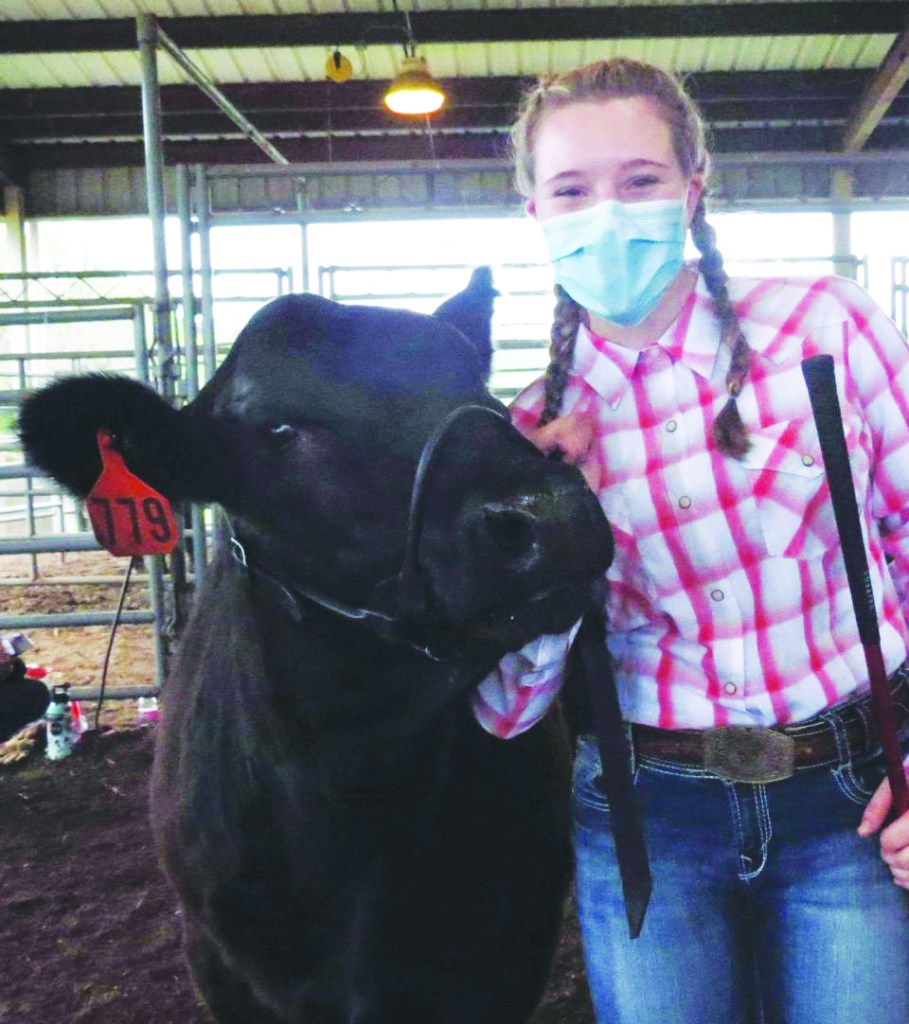 Sydney Smith, a 2019 graduate of Davie County High School has been named to the dean’s list at NC State University for spring 2021.

Smith, who is majoring in animal science with a minor in agriculture business management, has been working with the Animal Science Club to learn about judging and showing cattle. It was the only in-person learning available to her this past year due to the pandemic.

Smith, who was also recently voted as an officer in the Dairy Science Club, competed in her first show in March at the NCSU Beef Educational Unit placing fourth in Showmanship. This summer she was asked by the manager of the beef unit if she would show the same balancer heifer at the NC State Fair in Raleigh this fall.

“I chose her because she was the stoutest heifer, although she was also the most stubborn, which makes showing her a real challenge,” said Smith. “I call her Thunder because she is strong and demands your attention.

“When I was working with her before our show, the manager of the beef unit told me that she was his favorite heifer and would be used for breeding in the future because of her great genetics. I had no idea he was planning to have her be shown at the State Fair.

“She is feisty, so I have a lot of work to do to get her ready by fall. It’s an exciting opportunity.”

Smith, with the support of friends, family, and Hillsdale Church, is spending the summer at Southeastern Theological Seminary College in Wake Forest with a discipleship program called City Project. It is a program offered by The Summit Church, which she attends in Raleigh when at NC State. She and other college students from the triangle will study The Bible, learn about discipleship and do missionary work during the six-week program.

Students will also spend a week in a major city with a church plant to put the lessons from the program into action.

Smith will travel to Washington, DC in July. After she returns to school Smith will start working with Thunder to prepare for the fair.

Smith developed an interest in cattle after working at the dairy unit with the Piedmont Research Station in Salisbury, which is affiliated with NC State University. She worked there part-time while attending Davidson County Community College in 2019-20. Upon graduation in 2020, she decided to continue studying animal science and agriculture management at NC State.

During her brief stay at home after the spring semester, Smith enjoyed a visit with the McClamorocks in their home.

“It was so nice to get to know them and share all the things I am learning at school,” she said. “What a treasure they are to the Davie County community. I appreciate them and all those through the Davie Community Foundation who support students like myself in their pursuit of higher education. The McClamorocks are so sweet, and I was fascinated to learn all he has done in his career, but one of my favorite parts of the visit was getting a glimpse of his red longhorn. What a beauty. I am just so thankful for all the opportunities I have been given and can’t thank everyone in the community enough for all their support,” Smith said.