West Rowan a thorn in McKnight’s side 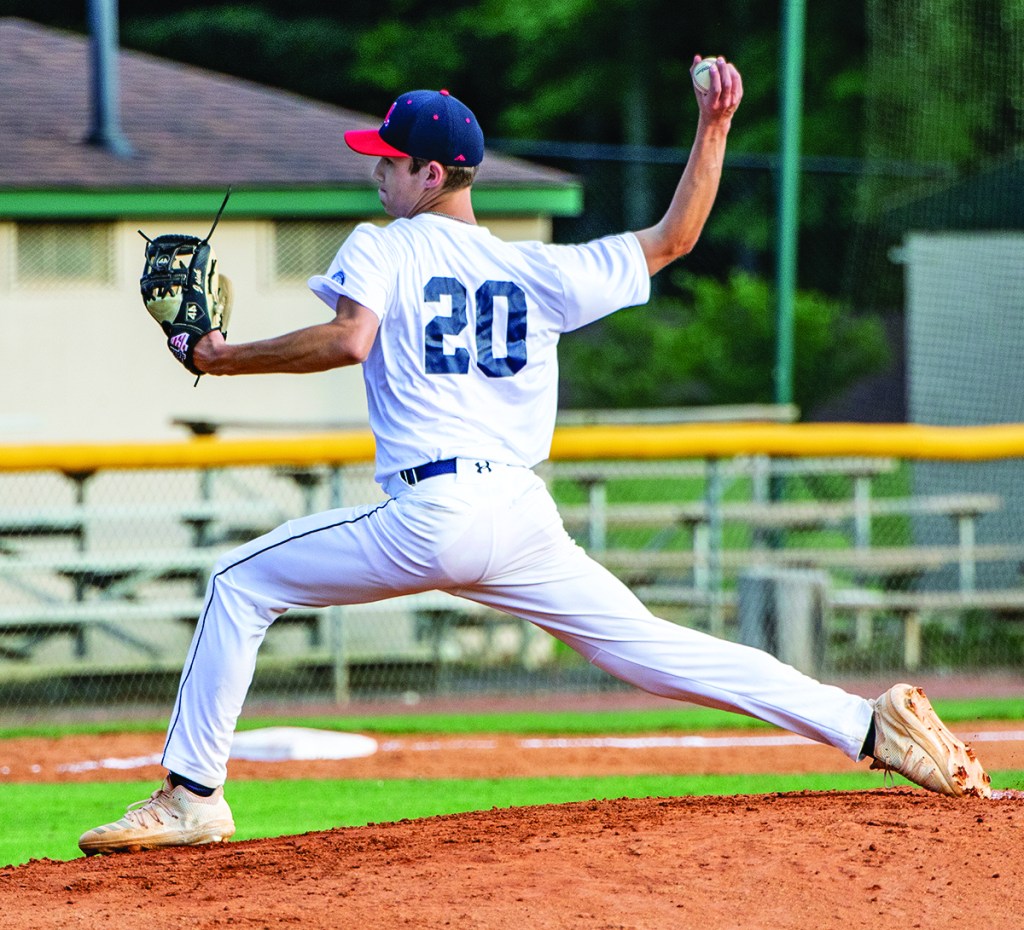 In the top of the first inning, Jackson Sink rapped a triple that plated Parker Simmons. In the third, pitcher Bentley Moody and first baseman Kason Stewart helped Mocksville turn a triple play.

So there’s your good news from the Mocksville Junior Legion Blue baseball team’s non-league game at West Rowan on June 19.

“It was just one of those games where they were just better than we were,” coach Tim McKnight said after a 7-3 loss dropped Mocksville’s overall record to 3-2.

The game’s first batter, Simmons, walked. Sink gave Mocksville a quick 1-0 lead with his triple. Mocksville was hoping for more, but the next two batters struck out and then a pop out to third stranded Sink at third.

“We didn’t put up much of a fight the rest of the night,” McKnight said.

After eight straight Mocksville batters went down, Sink doubled in the third. Sink had Mocksville’s only two hits through five innings. Meanwhile, West was steadily building a commanding lead. It was 7-1 going into the seventh, when Mocksville did some cosmetic work. Simmons slapped a two-run double that scored Colt Wright and Caleb Stewart. That capped the scoring.

But it was pretty much a dud from the visitors’ side. Mocksville struck out 10 times and was doubled in hits (12-6). It needed its A game to push West Rowan, which is playing at a crazy level. West’s record was 11-0 through June 27.

The third-inning triple play kept the deficit at 4-1. West had runners at second and third when Moody fielded a grounder and threw to K. Stewart for the first out. Then Mocksville got an out at third. Then it got an out at home.

“It was bam, bam, bam,” McKnight said. “It was a coach’s worst nightmare if you’re on the other side.

“We played pretty good defense. We had one error. We played a clean game and only had two walks after the first inning.”

“West Rowan has been a thorn in my side,” McKnight said.