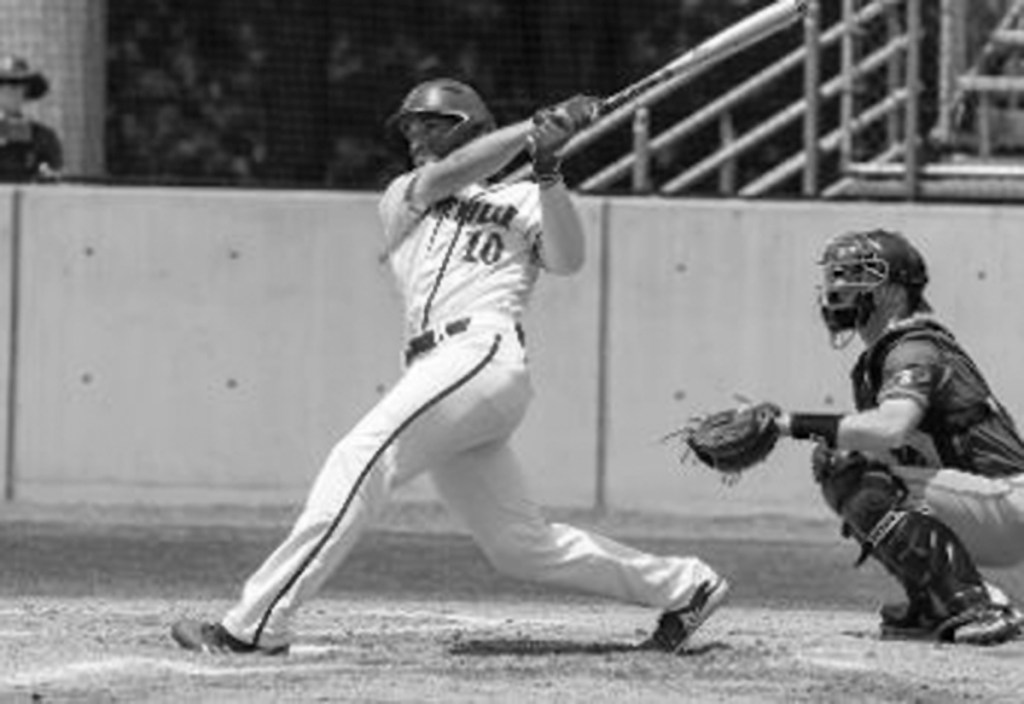 Put Brandon Lankford’s historic home-run totals to the side for a moment.

By improving significantly in average and on-base percentage, he took his offense to a whole other level as a senior for UNC Asheville’s baseball team in 2021.

Those were good results, especially when you blend in the home runs and RBIs, but Lankford’s 2021 season was nothing short of remarkable. He batted .341 with a .433 OBP.

“That was my main focus last fall. I knew if I wanted to go to the next level, I knew I needed more hits and see more pitches,” Lankford said. “Still be aggressive but be a lot smarter at the plate.”

Lankford put together a dream season. On April 9, he cracked career home run No. 42, tying the program record that Brian Shehan set in 1990. The next day, he broke the 30-year-old record at Winthrop.

He led the Big South Conference in homers, all 17 of them coming against conference rivals. When Asheville’s season ended, he was tied for fifth in the nation in homers. The 17 dingers are the second-most ever hit by a Bulldog in a season, trailing the 19 by Shehan in 1989.

Lankford provided the perfect punctuation to his career by swinging a super-hot bat in the last month of the season. He went deep on April 10 at Winthrop, at Gardner Webb on April 20, against Charleston Southern on April 23, at Campbell on April 30, at Campbell on May 1, at Presbyterian on May 5, against Longwood on May 8 and at Gardner-Webb on May 15. He actually homered twice on April 20.

The binge added up to nine long balls in the last 22 games.

Lankford finished with 52 career homers, just one shy of the Big South record set by Winthrop’s Jason Colson from 1998-2001.

“It would have been a cherry on top, but I have a lot to be proud of this year,” he said. “I’m thankful for the year I had and thankful for all my coaches and everybody helping me out. It would have been cool (to break the conference record), but I think I have the BBCOR record. So I can hold that at the end of the day.”

Lankford ended up shattering Shehan’s UNC-A record for career homers. Shehan slugged 42 from 1987-90; Lankford charged ahead by 10. Lankford left with the program’s career record for hit by pitches with 30. His 159 career RBIs rank third for Asheville. Elliott Arrington had 169 from 2005-08, and Shehan had 164.

Lankford was a shoo-in for First Team All-Big South, the second time he was selected during his career.

“It was definitely the best season I’ve ever had,” he said. “It was a good feeling throughout the year. The numbers I put up are something to be proud of.”

While the heart and soul of the team mashed baseballs all over the park, the team struggled to 15-33. The Bulldogs were flat-out jinxed down the stretch, losing the last eight games. The slide included consecutive losses of 5-3, 7-6, 7-6 and 8-7.

“It was tough,” Lankford said. “We just couldn’t get the extra hit or the (big) pitch at the end of the day. It was tough to play through losing by one and thinking about the missed opportunities. But we had a good year and I think the future looks really good at Asheville. I’m excited to see what they can do the next couple of years.”

Now Lankford is hoping to get a shot at the professional level. The Major League Baseball Draft will be held next month. If he’s not selected in the 20 rounds, he could still get an opportunity as a free agent. While there’s a lot of uncertainty, he says he’ll be at peace with whatever happens.

“I haven’t personally reached out to anyone,” he said. “It’s mostly been my advisor and my hitting coach. My hitting coach told me the Padres and the Red Sox are looking good, the most consistent throughout the year and the most interested. There’s been a lot of teams inviting me on the prospect portal online. I’ve had those invites in the past, but I think it will pick up a little more when the regional tournaments slow down.

“I’m confident and everybody around me is confident and we’ll see how it goes in July. After my junior year I was a lot more stressed than I am now. I’m proud of what I did throughout my career and how the (2021) year ended. At the end of the day, I’ll hold my head high and whatever happens happens. I hope I get the opportunity to prove myself because I know I’ll take advantage of it.”