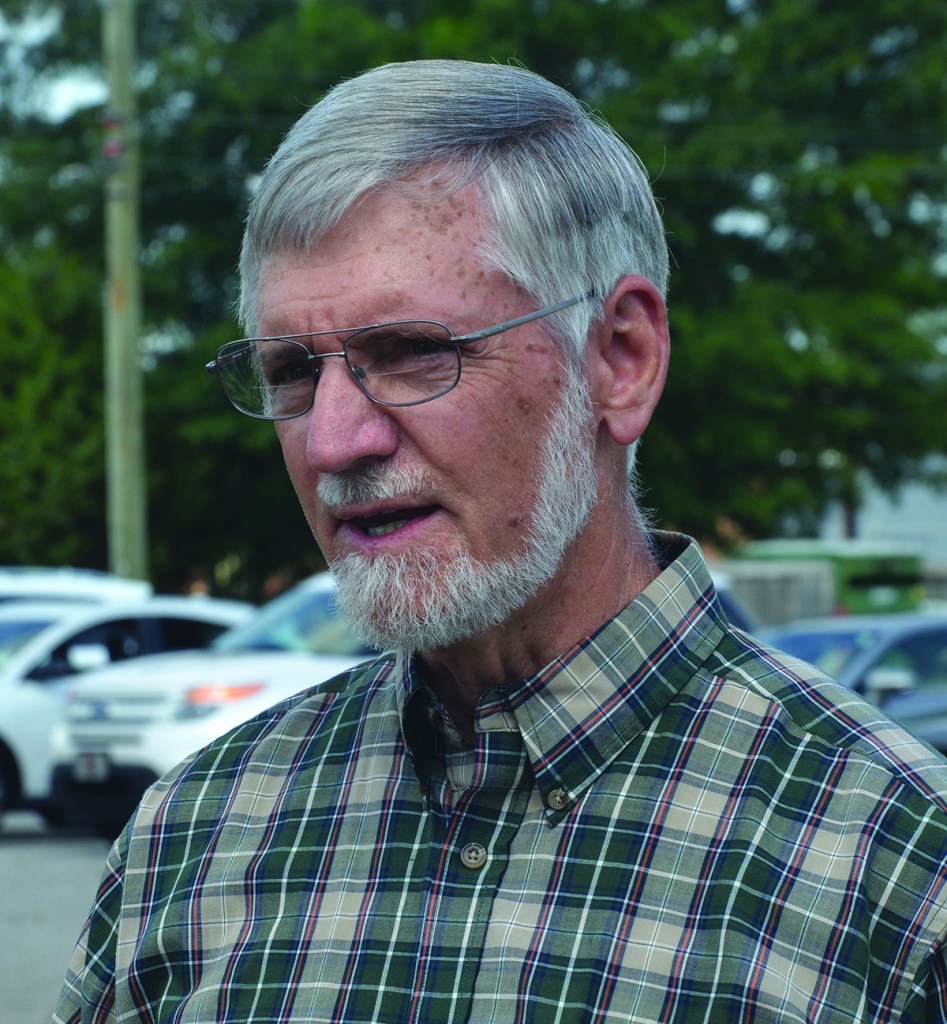 Founding member Neal Essic talks about the history of Habitat for Humanity of Davie County. - Photo by Robin Snow

Habitat for Humanity of Davie County has big plans.

The non-profit purchased a vacant lot at Meroney Street and Yadkinville Road in Mocksville. Although skyrocketing construction costs may delay the project, it will be a campus for Davie Habitat, with a new “Re-Store” and space for offices, training and consultations.

Board members dedicated the site earlier this month.

“We have brought glory to God,” said Neal Essic, a founding member. “We’ve extended the love of Christ with no strings attached.”

Essic was a member of a Leadership Davie group (one of two) that made establishing a Habitat affiliate in Davie a priority. He’s been with the group since, serving as president for many years.

“We’ve helped raise awareness of substandard housing, of housing needs in Davie County,” he said. “It was an eye opener for many of us. It’s been a long journey for Habitat of Davie County.”

He offered a prayer, asking God to allow Habitat to be a blessing to the community.

It has been for the 19 families who have moved into new homes since its establishment some 25 years ago. “Those families … not all have been successful (four dropped out of the program) … but they had a roof over their heads.”

Two of the houses will be paid for this year.

Davie Habitat offers a “hand up, not a hand out.” Families buy their homes, and volunteer to help with other Habitat endeavors.

Tamara Taylor, executive director, said construction costs have doubled since the group decided to build on its own. The $1.2 million price tag will require more funds, and a capital campaign to raise those funds will start soon.

Fun at the water: The Bull again open to…