Brocks to McClamrock to Terrys: South Main office a haven for attorneys 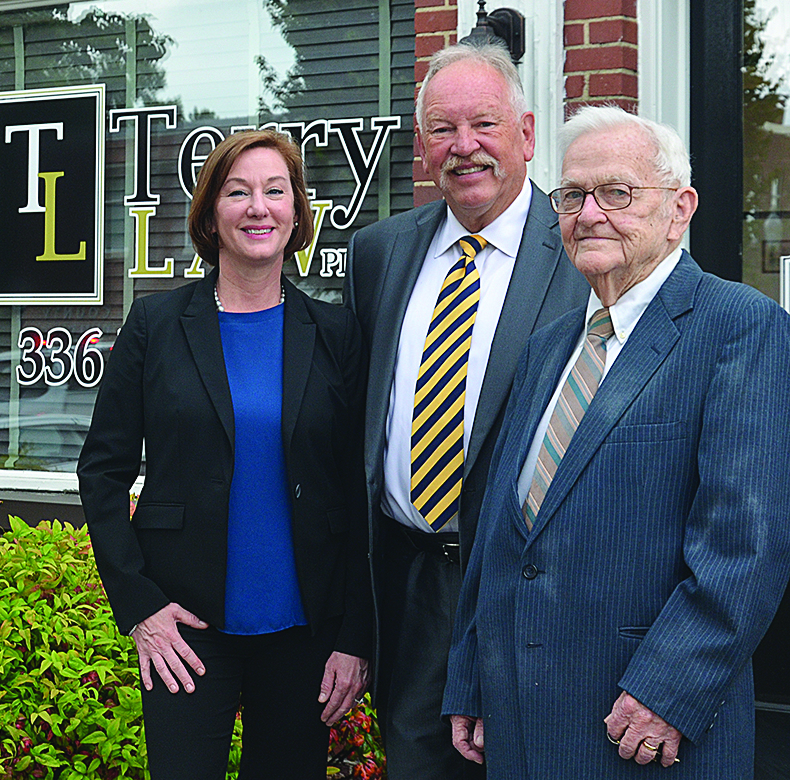 That’s the way his son – John Brock – remembers it.

John had joined his father’s law practice in Mocksville in 1957. In 1960, the firm was hired as the official attorney for the county. His father, a long-time legislator whom the B.C. Brock Building was named after, gave that task to his son.

“Daddy said, ‘you’ll have to do it’. As far as I know, he never attended a county commissioner’s meeting.”

At first, he was hesitant. The Davie County Board of Commisioners was Republican. He was a Democrat. They told him it wasn’t a problem, but after a couple of years, things changed – and he changed his political registration to Republican.

“My political persuasion changed anyway,” John Brock said. “I never was a hard-core Democrat or a hard-core Republican … more of an independent.”

John Brock served as a prosecutor in the mid-1960s, then ran for judge. Judges – all judges – back then were Democrats. Brock was a Republican, but he won. “It scared the hell out of the Democrats … and they recounted and recounted and diminished my majority to a minority,” he said.

Looking back, he’s glad he lost, even if under questionable circumstances. If he had won, he would have to have given up the county attorney job.

“The job of county attorney back then was more important than being a judge,” he said. Then, there was one attorney for everything, not a different attorney for just about every department as it is now.

He’s most proud of representing Davie County in front of the Supreme Court, where he and another attorney earned a verdict in the county’s favor in a tax dispute with RJ Reynolds Co.

He was carrying on a legacy started by his father – B.C. Brock Sr. Born in Farmington in 1891, the elder Brock graduated from UNC Law School in 1915, and practiced law in Winston-Salem for nine years before opening his Mocksville office. He served 13 terms in the N.C. General Assembly representing Davie County.

Soon after Grady McClamrock Jr. joined John Brock in law practice in 1977, they bought a building on South Main Street, across from the courthouse in Downtown Mocksville.

She remembers back in 1986, when she was a member of the Davie High School Mock Trial team. McClamrock was one of the mentors for the team. She was convinced after that experience that she wanted to be an attorney.