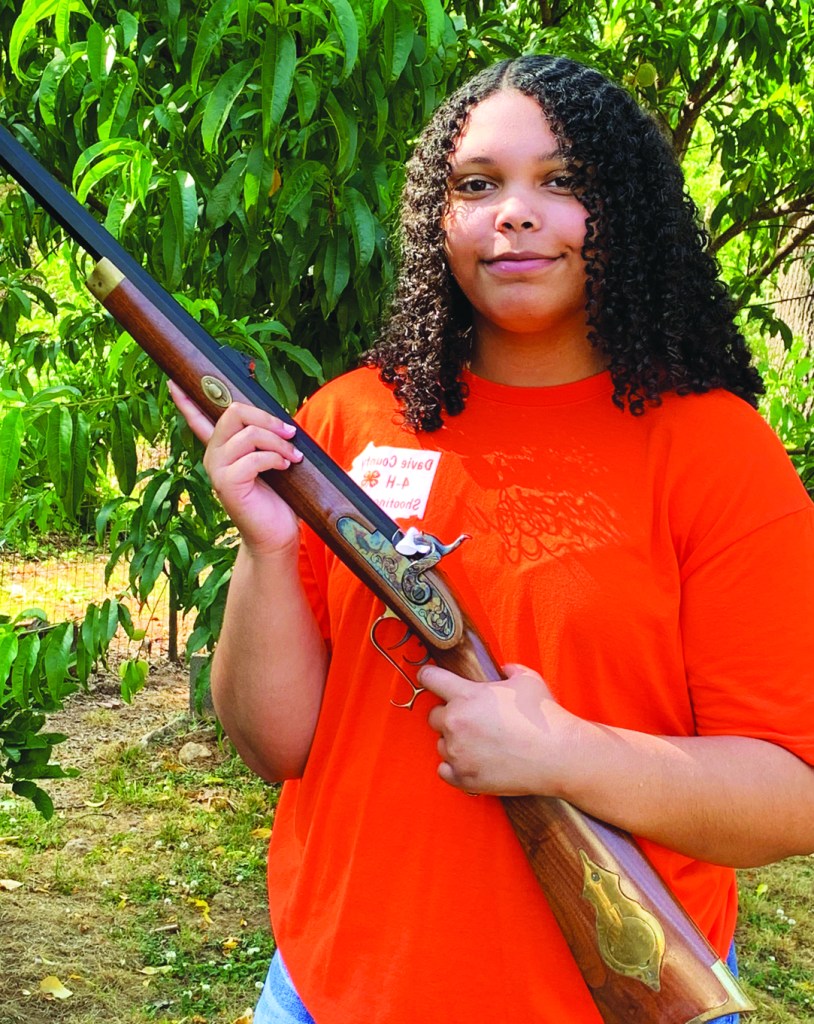 Samantha Taylor is among the shooting team members going to the national competition.

The six Davie 4-H members who are competing:

• Rebekah Walker in Smallbore Pistol; and

This will be Caleb’s and Rebekah’s second time competing in the nationals. Rebekah competed in Air Pistol in 2019 and Caleb in Hunting Skills where he won Day 3 and finished second Overall.

DC 4-H Shooting Sports has had one Overall National Champion so far, with Stephen Walker in 2018 for Smallbore Pistol.

The NC 4-H 4-H Shooting Sports National Team consists of nine disciplines, each with three or four members. In 2019 NC finished second overall in what is referred to as the “Sweepstakes” (Overall State Champions). The 2020 National Championships were cancelled due to Covid-19.

“We wish safe travels and the best of skill to those competing and making the trip to Nebraska,” said Coach Nelson Cowden.