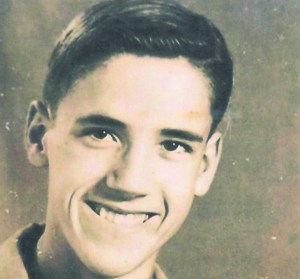 Corporal William James “Billy” McCollum was born June 19, 1931,  in Anderson, S.C. He was a son of the late Hattie Jane McCollum the late Lonnie Adolphus McCollum.

On Jan. 27, 1949, at the age of 17, Billy McCollum was inducted into the U.S. Army at Fort Jackson in Columbia, S.C.   On June 25, 1950, the Korean War began and Cpl. McCollum was transferred to the battle grounds. He was a member of Dog Company, 1st Battalion, 32nd Infantry Regiment, 31st Regimental Combat Team.   In November 1950, his unit reached the Chosin Reservoir, North Korea and endured repeated attacks from the Chinese People’s Volunteer Forces before withdrawing on Dec. 1.  Following the regrouping of his unit, Cpl. McCollum could not be located and on Dec. 2, 1950, was reported as missing in action. It was not until Dec. 31, 1953, that he was declared dead, with his family receiving an Army telegram. The location of his body, however, was unknown. As decades passed, his family still hoped his remains would be returned home.

On July 27, 2018, following the summit between President Donald J. Trump and Democratic Peoples’ Republic of Korea Kim Jong-un, an agreement was reached to return 55 boxes of remains to the USA. The  boxes were believed to contain the remains of American soldiers killed during the Chosin Reservoir Battle in November 1950. The remains arrived at Joint Base Pearl Harbor-Hickam, Hawaii on Aug. 1, 2018, and were sent to the Defense POW/MIA Accounting Agency laboratory for identification.

Cpl. William James McCollum’s remains were identified and accounted for on Sept. 11, 2019.  Finally, after 71 years, Cpl. McCollum was coming home.

Surviving: his sisters, Mary McCollum Lawson of Advance and  Frankie McCollum Cain of Hartwell, Ga.  Those who have already died in addition to his parents: brothers, Edward A. McCollum and Charles D. McCollum; and sister, Virginia McCollum Coker.

To honor the supreme sacrifice Cpl. McCollum made for the country and its freedom, the family has asked memorials to be made in his name to the Belton Memorial Veterans Park, Belton, S.C.