NAACP concerned with transparency in policing, lack of Hispanic officers 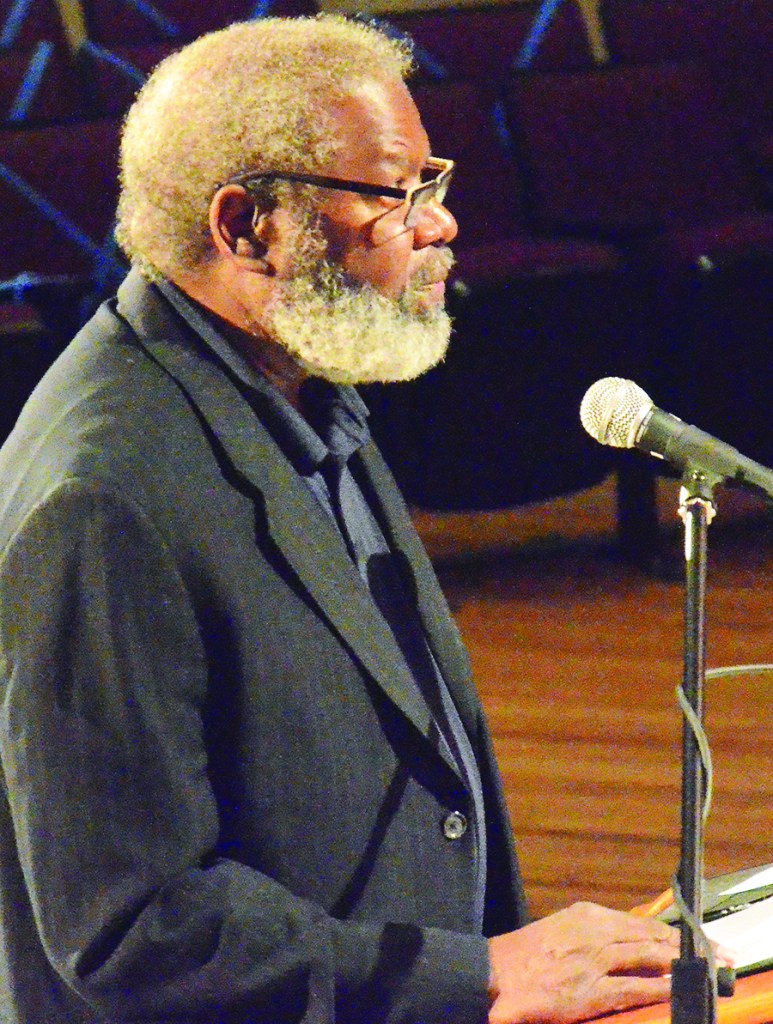 The Rev. Joe B. Clark, president of the Davie NAACP, speaks to Mocksville Town Board members. - Photo by Robin Snow

It may be easier said than done.

The Rev. Joe B. Clark, president of the Davie NAACP chapter, brought concerns about diversity and police coverage to Mocksville Town Board members last week.

The town had already announced it is doing away with its police department, and contracting with the Davie County Sheriff’s Office for law enforcement.

“Some in the African-American community think there should be more transparency,” he said. “Some in the community feel left out of the decision-making process.”

He wanted to be sure sheriff’s officers are trained to deal with people suffering from substance abuse and mental health issues, which unproportionately affect minority communities, he said. “It could help diffuse a situation before it gets out of hand.”

He also said there needs to be a Spanish-speaking officer in Mocksville, citing that 17 percent of the town’s population is Hispanic. “It would help develop a level of trust and confidence.”

Board member Rob Taylor, also an assistant district attorney, said finding a Hispanic officer could be difficult, as most law enforcement agencies are looking for the same. He said he thinks Davie Sheriff J.D. Hartman takes these same issues seriously, and will try to address them.

Board member Amy Vaughan-Jones said the decision to do away with the police department wasn’t done lightly. “It was done with a lot of hurt, tenacity and we had to take a hard look at things,” she said, adding she wants people to understand that protection of town residents was always at the forefront.

Resident Thomasine Gaither also questioned the move, and who board members talked to before making that decision. “I cannot see Davie County being without a sheriff’s department and a police department together. I feel uncovered, not as protected as I should.”