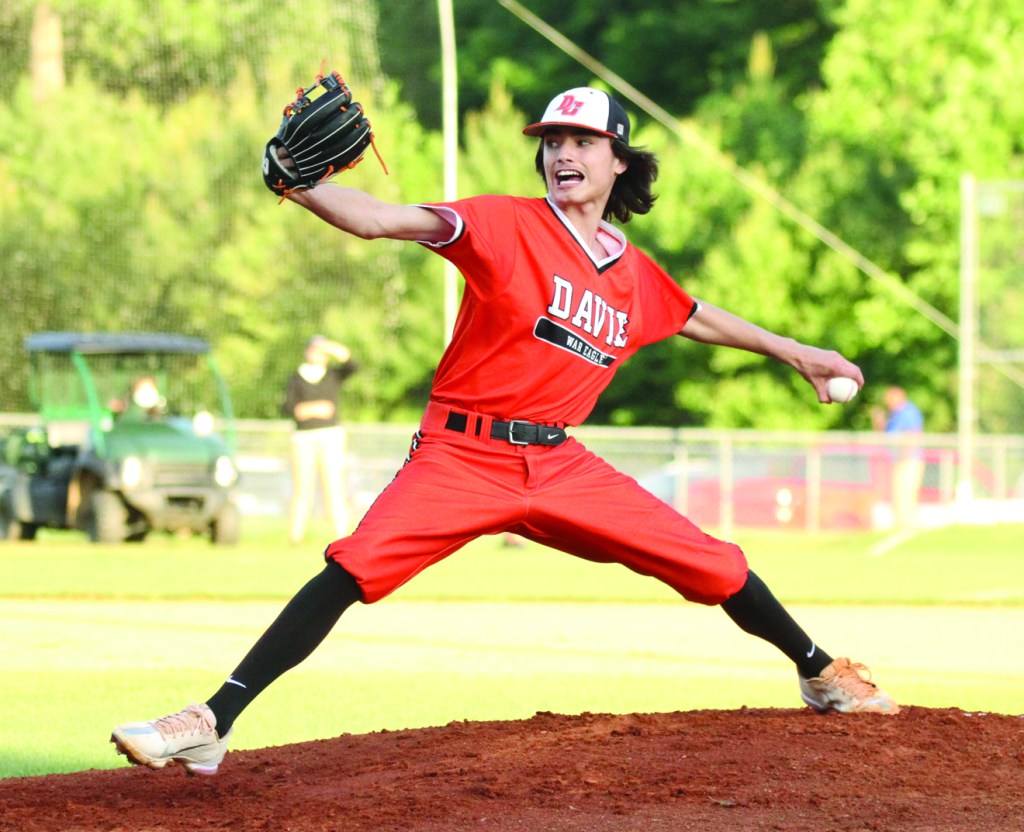 After Davie’s varsity baseball team lost six games by a total of 11 runs, the bottom fell out in a 10-2 home loss to Reagan in the final regular-season game on June 2.

Davie lost the first meeting with Reagan 1-0 as Jaydon Holder delivered a pitching gem in defeat, but the War Eagles saw how dangerous Reagan’s offense can be in the rematch.

The Raiders, who scored 17 runs in one inning during a wild 27-11 win over second-place East Forsyth, broke loose for 11 hits and scored in four consecutive innings. Their experience – coach Gary Nail has nine seniors and starts six seniors, two juniors and one sopomore – showed as Davie suffered its worst loss under third-year coach Bradley Rudisill.

Although Davie dropped to 5-7 and finished fourth in the CPC, no one expects Davie to stay down for long.

“The only one that came into the year with varsity experience was Daniel (Lawson), and he’s hurt,” Rudisill said. “We’re bringing back a lot of guys next year.”

Davie got off to a good start. Zach Rodgers retired the Raiders in 12 pitches in the top of the first, and Blake Little opened the Davie half of the inning with a double. With two outs, Reed Cunningham put Davie on the board with a single.

As it turned out, there was Davie’s ray of sunshine.

Reagan put together two runs on three hits in the second. Parker Aderhold singled and Trot Byerly walked to open the Davie second, but Reagan pitcher Carter Boyd retired the next three batters.

Rodgers breezed through the Reagan third and Davie had a chance to tie in the bottom half. Cunningham walked with two outs and courtesy-runner Justin Collins took second on a wild pitch. But a strikeout kept the score 2-1.

That was as long as Rodgers and his relievers could contain Reagan’s bats. The Raiders got one in the fourth, two in the fifth, two in the sixth and three more in the seventh.

After Josh Hartle outdueled Holder 1-0 in Pfafftown, Boyd was electric in this one. The junior righty walked two and struck out eight in a five-hitter.

It was a lackluster night for the War Eagles, who had five hits and committed three errors. Little (2-4) and Aderhold (2-3) had two hits each and Cunningham (1-2, walk) had one.