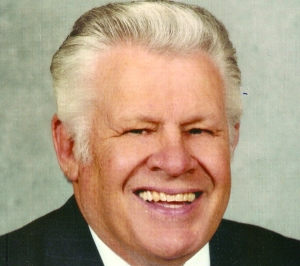 He was born July 21, 1933 in Iredell County, son of the late William Paschal Roberts and the late Ethel Estelle (Foster) Roberts.  He was also preceded in death by an infant child, his brother, John “Bud” Roberts, and his sister, Margaret Carter.

He honorably served his country in the U.S. Army during the Korean War from 1953-1955. He married Letty Mae (Wagner) Roberts on June 8, 1956 in Davie County.  He attended Catawba College, earning an accounting degree in 1961.  He worked for the IRS for five years in Charlotte. Then, he attended the Wake Forest University School of Law, earning his Juris Doctor degree in 1969.  He worked as an attorney in Charlotte for more than 30 years, retiring in 2002. He loved music and particularly singing.  He played the guitar, and later, the dobro. He also enjoyed golfing and bowling. In Charlotte, he was an active member of Eastern Hills Baptist Church. In Mocksville, he was an active member of Turrentine Baptist Church. He served in both churches as deacon and Sunday school teacher.  And he enjoyed accompanying the pastor on weekly visits.