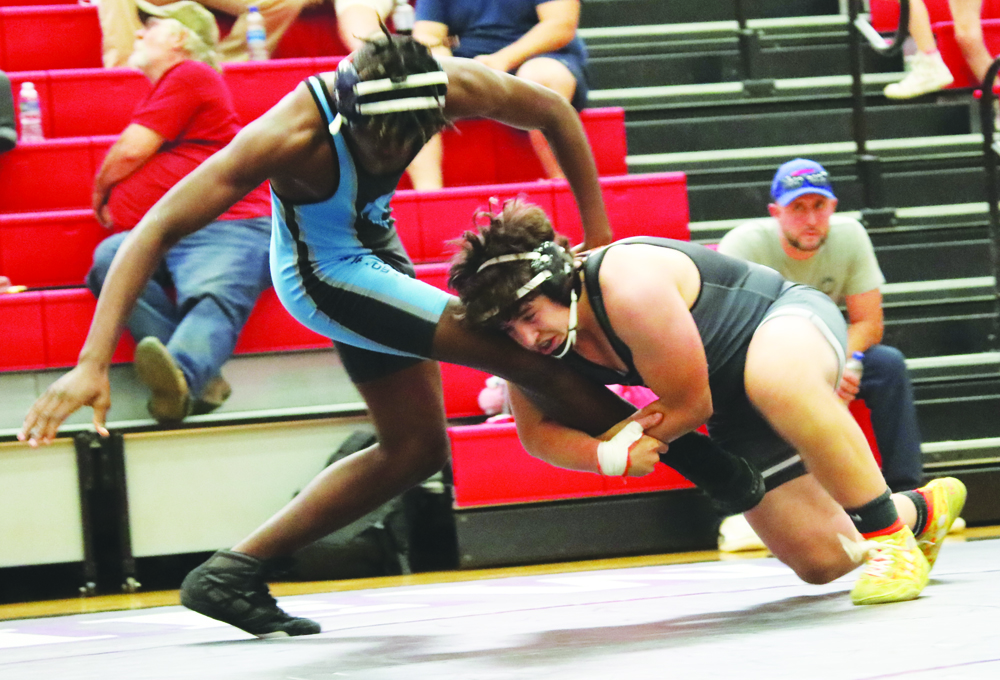 When Davie’s wrestling team rolled over South Point and East Gaston in a tri-meet at East on May 25, the War Eagles had 11 wins in 12 matches.

How did this terrific team start 1-3 in a span of five days in late April? It started slow because it faced three juggernauts. Piedmont is 15-2, Mooresville is 16-1 and Northwest Guilford is 20-0.

“We wrestled defending champions,” assistant coach Mark McKnight said. “We came out swinging big right off the bat. Northwest Guilford won the 4-A dual team (in 2020). Mooresville won the 4-A individual tournament, and Piedmont won the 3-A dual team. It’s really coming together now (for us).”

Notes: Nail, a freshman, has been filling in for injured Sam Collins (shoulder) at 138. … Davie started the season giving up 12 points every time out at 106 and 113. Now it always starts in an 18-point hole because heavyweight Evan Copeland (shoulder) was lost for the season by injury on May 4. “That’s tough because Evan was starting to come together,” McKnight said of the freshman. “He had just beat a kid at North Davidson who is a pretty good wrestler.”