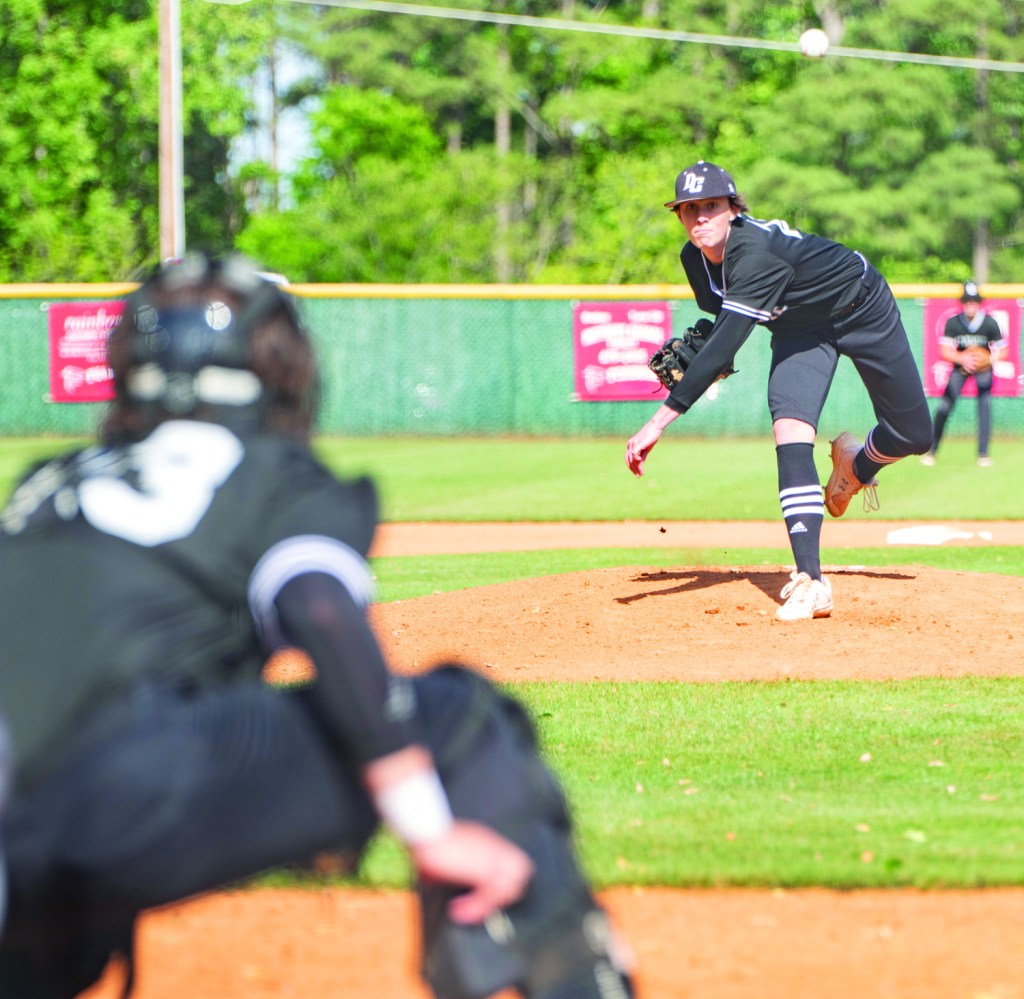 That’s what Davie JV baseball coach Joey Anderson has to keep repeating as he watches his freshman-laden crew battle their tails off every game, only to come up short.

The War Eagles are 1-7 overall and 0-4 in the Central Piedmont Conference. The frustrating part: They’ve suffered four losses by a combined five runs, including 7-6 to South Iredell and 4-2 to Forbush.

“We’ve had some games where one little error has cost us,” Anderson said. “We have to do the small things right.”

He took the glass-half-full perspective. “I’ve seen major improvement from day one to now,” he said. “They’re growing. Our record doesn’t show what this team is capable of. They just have to start believing in themselves. They have to believe they can win before we even go into it.”

According to Davie’s schedule, the home game against East was supposed to start at 4:30 p.m. According to the umpires’ schedule, it was a 5 o’clock start.

That mix-up came back to bite the War Eagles, who were playing their first game in 12 days. Since the game started late, the teams agreed to play a two-hour time limit. Thus, the game was called after the sixth inning and Davie didn’t get one last at-bat to try to flip the outcome.

But before East scored six unanswered runs to steal the game, Davie seemed destined to break its losing streak. Braeden Rodgers, the younger brother of varsity standout Zach, blanked East in the first, second, third and fourth innings. His offense sent East staggering against the ropes in the bottom of the fourth, scoring five runs to take a 5-0 lead.

Davie’s five-run fourth was pretty improbable when you consider East hasn’t lost in a while and it had allowed just seven runs across three games. Parker Simmons had a bunt hit. Craig McBride walked. Connor Keaton and Bentley Moody had hits. Jacob Leonard was hit by a pitch. Three of Davie’s four hits came in the inning.

Davie, though, fizzled. Rodgers ran into trouble in the fifth and three relievers struggled with control. The four pitchers combined for eight walks to offset their eight strikeouts. Anderson felt especially bad for Rodgers.

“He threw well. He really did,” he said. “He had an excellent game.”

East got three runs back in the fifth. It put up another three-spot in the sixth. When East got the third out in the Davie sixth, the time limit was up.

“Unfortunately, the relief guys that have normally been good couldn’t find it,” he said. “They didn’t throw as many strikes as I would have liked to seen.”

And then: “We’ve got a lot of freshmen. I understand the COVID year put a hurting on everybody, but I think it did a lot to us because with our team mostly being freshmen, we’re having to learn on the fly. I’m trying to teach these guys how to compete.”

Anderson spoke glowingly of Simmons. “(The bunt hits) came at the perfect times,” he said. “He laid down two great drag bunts. He’s done a real good job of keeping the line moving this year. He’s been a utility guy. He’s played multiple positions (left field, right field, second base, third base and shortstop) this year and has stepped up.”

Notes: Davie had some hard-luck outs. “We were swinging the bats and were hitting balls right at people,” he said. … Due to an injury, Leonard filled in at catcher. “I had one out with a concussion and a broken nose,” he said. “I had a new catcher and Jacob did a good job in his first start.” … Anderson said Bentley “had a good game at third base.”

All that should equal a win. Should. On May 27 in Kernersville, it did not.

This game also had wild swings. Davie raced to a 2-0 lead in the first. When the fifth ended, East was in front 6-3.

Davie stormed back in the sixth. Brothers R. Koontz and Ian Koontz got hits. Moody delivered a huge hit down the line that plated two. A three-run rally tied things at 6-6.

“We finally woke up,” Anderson said. “I threw a little coaching fit to try to wake them up, and it seemed to work.”

It ended as another what-if defeat. In the bottom of the seventh, East’s first batter reached, stole second and took third on a passed ball. Anderson ordered a pair of intentional walks to load the bases. Davie got an out. The next batter hit a Texas Leaguer over first, giving East a walk-off win.

“It was an excuse-me hit,” he said. “He stuck his bat out, and with my infield in, it dropped right in behind first base. My outfielder tried to do everything he possibly could.”

The second of three pitchers – Cole Whitaker – was the most effective. In three innings, he only allowed one hit. Both runs off him were unearned. He walked one and struck out four.

“We’re trying not to lose instead of trying to win a game,” he said. “That’s what these guys are learning.”

While Davie has a four-game losing streak, East has won five straight.