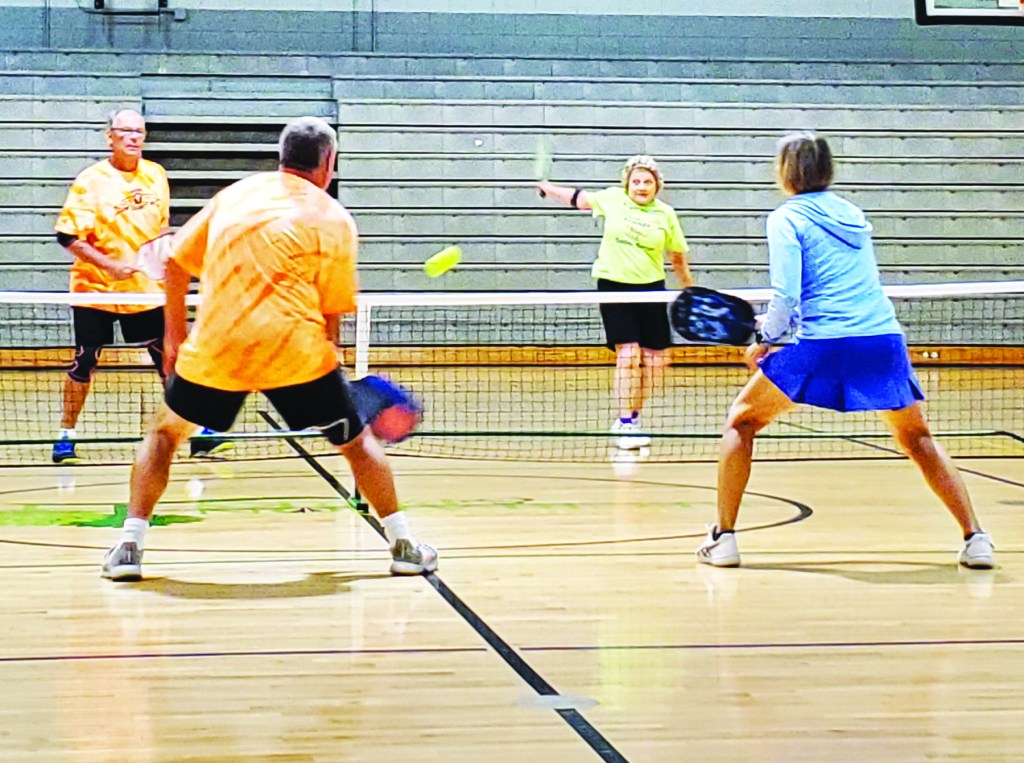 In grade school, the words pickle and ball were never uttered together.

When you first hear the words pickleball, you may think to yourself: Is pickleball a sport where someone eats pickles? Is the ball shaped like a pickle? Does this have anything to do with pickles?

As it turns out, pickleball is nothing of the sort.

Pickleball is a sport that combines elements of tennis, badminton, and ping pong into one game and can be played indoors or outdoors. All you need is a paddle, a badminton sized court with a slightly modified tennis net, and a plastic ball with holes.

Pickleball was invented in 1965 in Bainbridge Island, Wash. Three dads created the game for their children who claimed to be bored, and Senior Games can attest – pickleball will cure all sorts of boredom.

The name pickleball has been said to derive from the idea that the combination of sports reminded the creators of a pickle boat in a crew where the oarsmen were chosen from the leftovers of other boats.

Now, pickleball is a sport that has grown in popularity and is played all across the world. In Davie County, pickleball has become a more popular sport in the more recent years, and you can find folks of all ages playing the sport daily at the Davie YMCA or Davie County Community Park.

On May 17, the park gym filled with senior pickleball players for the 2021 Senior Games Pickleball Tournament. Pickleball can be played in singles and doubles format, and Senior Games held Pickleball doubles, mixed doubles, and singles in one morning.

The players came from all levels. Some are experts, and some played their first game. Senior Games is a time of learning and fellowship.

One of the most rewarding aspects of Senior Games is watching the participants cheer each other on, encourage one another, and help each other learn and practice together in each sport.

If you or your loved one 50 years old or older, stay tuned for more details on pickleball workshops this fall season. Any questions about Senior Games or learning how to play Senior Games sports? Call 336-753-6230 and ask for Carrie Miller.