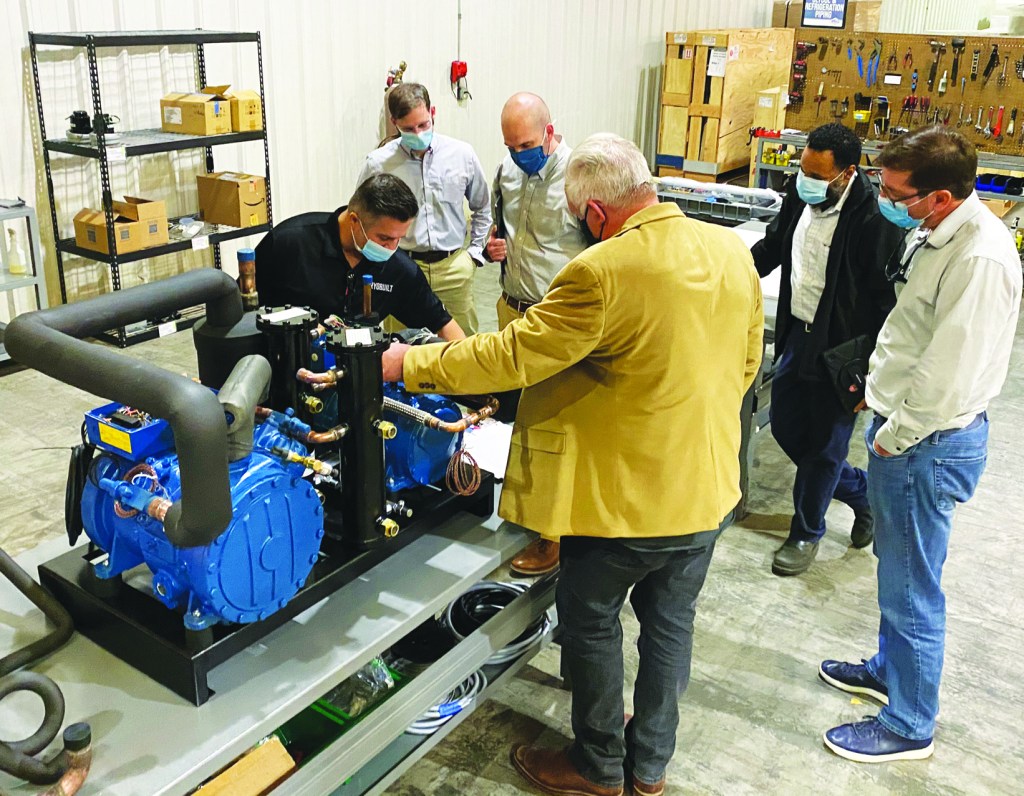 Two leaders in the refrigeration industry are joining forces.

Pro Refrigeration will build CryoBuilt’s EVEREST Cryotherapy system at its manufacturing facility in Davie County, allowing both companies to reach new audiences and to take advantage of each other’s scale and expertise.

Pro Refrigeration is an industry leader in the design, manufacturing, and distribution of state-of-the-art refrigeration systems for the dairy, winery, food processing, medical, and brewing industries.

CryoBuilt, which has a background in low-temp manufacturing and refrigeration, is the largest manufacturer of electric, whole body cryotherapy systems in the United States.

“To address the booming demand all over the country for our EVEREST Cryotherapy systems, we have been looking to add a second facility, specifically on the East Coast,” says Marcus Wilson, chief executive officer and co-founder of CryoBuilt.

The company manufactures its cryo systems in Sacramento, Calif.

“Rather than starting from scratch with a new facility, it made more sense to utilize Pro’s existing capacity in their East Coast manufacturing plant. The caliber of the facility and the advanced equipment and manufacturing techniques will allow us to continue to produce the same high-quality cryotherapy systems on both coasts at a much faster and efficient rate.”

Since the beginning of the pandemic, Pro Refrigeration has invested nearly $1 million in equipment and upgrades to its 65,000 square-foot manufacturing facility near Mocksville.

The investments include several key pieces of equipment; a 3kW laser, press brake, mandrel tubing bender, and more. The additions also provide new production areas focused on low-temperature systems, serving the extraction and pharmaceutical markets as well as the ability to manufacture CryoBuilt Chambers, which reach temperatures of -200 degrees Fahrenheit.

“The CryoBuilt partnership has provided a valuable revenue stream while helping us justify the expansion in both capacity and capability in Mocksville,” said Pro Refrigeration Co-founder and CEO Jim VanderGiessen Jr., who plans to seek additional contract manufacturing partnerships to maximize the facility’s added capacity. “Without the commitment and partnership, we simply couldn’t have made all the moves we did.”

He understands the value of having manufacturing facilities on both coasts. The Auburn, Wash. based company landed in Mocksville in 2013 after a year-long search for a site that would fit its expansion plans. He says the company chose Davie County for “its skilled workforce, the business-friendly environment, and the amazing support we’ve received from everyone we’ve met.”

“This recent partnership allows us to invest even more into the community. We are excited to create jobs, build equipment, and service customers throughout North Carolina,” said VanderGiessen.

Learn more about the companies at www.prochiller.com for more information and www.cryobuilt.com.