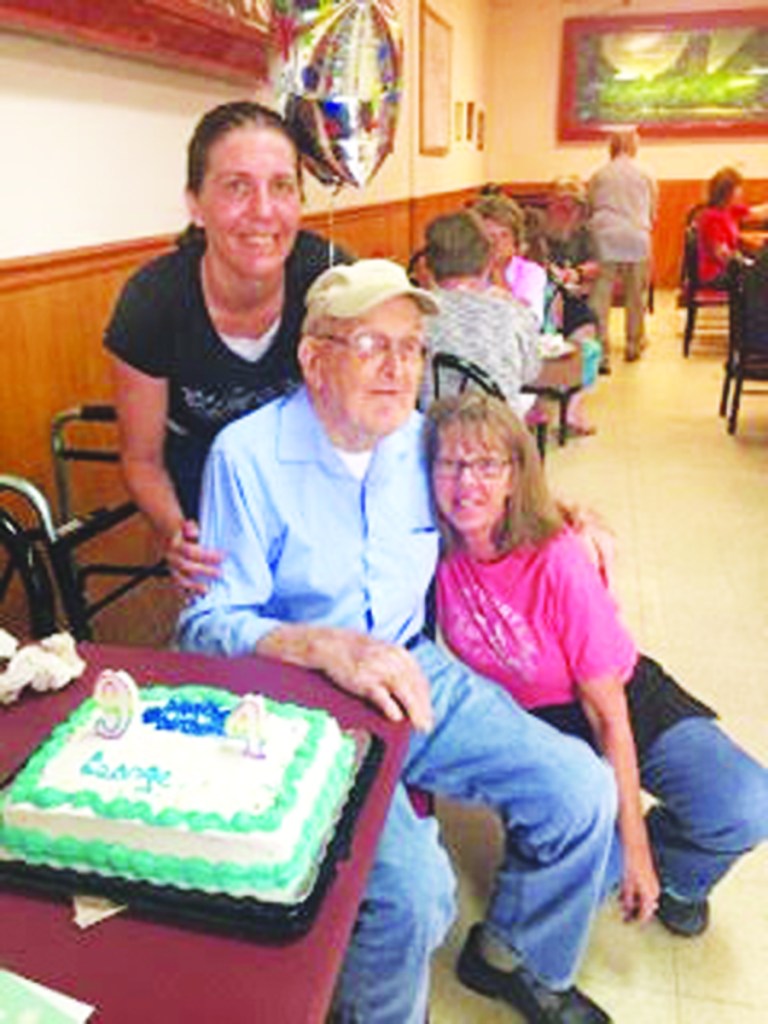 George Frye Sr. with his birthday cake at Kent’s Kitchen, and with Christine Carter and Carol Jones.

George Homer Frye Sr. was a Navy seaman third class who was on a ship in the Pacific on its way to Japan when World War II was declared over.  He was one of the lucky ones to return home and be able to resume his life. This past week, he celebrated his 94th birthday. If you ask him “how old are you?” he will say “old enough to vote, I guess”.  His friends at Kent’s Kitchen, especially Christine and Carol, made his birthday extra special.  These friends show an incredible amount of love and care.  If you happen to see George, ask him “how are you doing?” and he will say “still kicking.” Ellen Frye Bishop submitted these photos and information. The photos show George Frye Sr. with his birthday cake at Kent’s Kitchen, and with Christine Carter and Carol Jones.

Bless Your Spoon: When one veggie goes out, another…