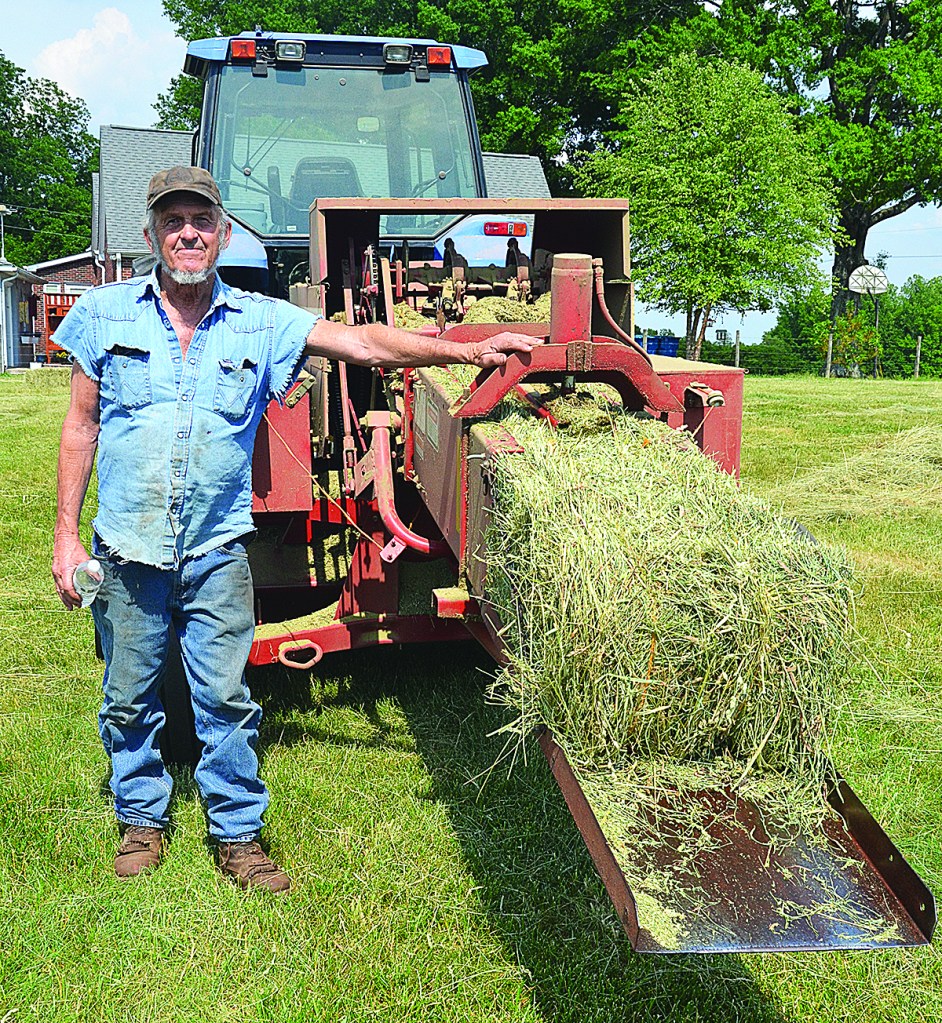 His father – Buddy Crotts – let him drive the family’s tractor as they gathered hay from a field off Deadmon Road.

Last week, he was at it again. In the same field. He’s been in that field every year since.

Then, while he drove the tractor, his father walked alongside, using a pitchfork to toss the hay into the baler. His mother – Lucy – and possibly an aunt, rode along to push the wire into the machine to tie the bale.

Now, the baler does all of the work, from picking up the hay from the ground to forming the bale and tying it together.

But he does help. Like when his daughter hired some bulked-up teens to stack bales of hay. Crotts watched. The guys were strong, sure. But after a short time, they were sweating and bending over – tired to the bone.

Then he showed them how its done.

“If you pick it up right, the hay will do the work for you,” he said.

And he knows the key to baling hay – keeping equipment in top-notch order. “I keep the blades sharp and everything right on it. Maintenance is the key with farm equipment and I like to do it.”