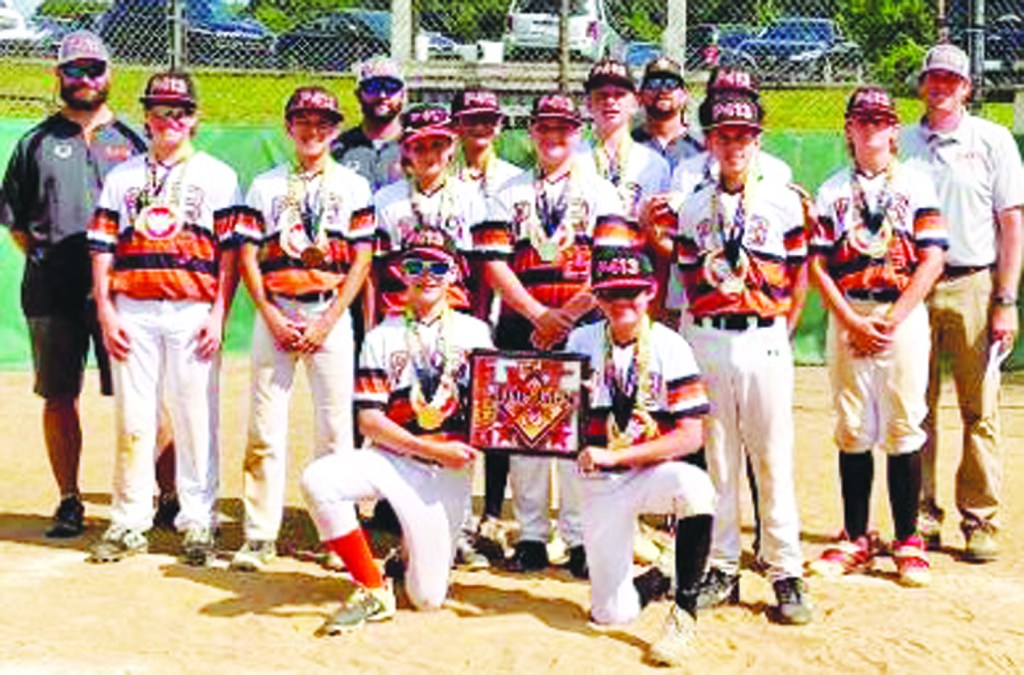 The 13-U P4:13 13U baseball team won 14-3 on Saturday  in the first game of a two-day tournament at the Davie Youth Complex thanks to 10 runs in the fourth inning. Jacob Morgan, Brayden Jenkins, Josh Whitaker, Luke Foster, Maddox Creason and Ethan Dixon all drove in runs in the frame.

P4:13 fired up the offense in the first. P4:13 scored one run when Whitaker doubled.

In the 10-run fourth, the big bats belonged to Morgan, Jenkins, Whitaker, Foster, Creason and Dixon, all driving in runs in the inning.

Jesse Ciancimino was the winning pitcher. The righthander allowed two hits and three runs over four innings, striking out four and walking one.

A walk-off double propelled P4:13 to a decisive, dramatic victory over the Forsyth County Bandits 14-U. The game was tied at 5-5 with P4:13 batting in the bottom of the fifth when Foster doubled, scoring three runs.

The Bandits scored three runs in the third, but P4:13 still managed to pull out the victory.

Brice Wilson earned the victory on the mound. Wilson allowed one hit and three runs over 2.1 innings, striking out five. Whitaker threw 2.2 innings in relief.

Foster, Creason, Whitaker, Ciancimino and Morgan each collected one hit to lead P4:13.

Four runs in the fifth led P4:13 past the Bandits on Sunday. The offensive firepower by P4:13 was led by Foster and Creason, who all drove in runs.

P4:13 tallied four runs in the fifth. Foster and Creason each had RBIs in the big inning.

Wilson earned the victory on the hill. The pitcher lasted four innings, allowing one hit and one run while striking out four and walking one. Whitaker threw one inning in relief.

P4:13 launched one home run on the day. Ciancimino went yard in the first.

Track is back: War Eagle boys dominate in field…