First Ladies: Nellie Taft puts herself in the middle of political affairs 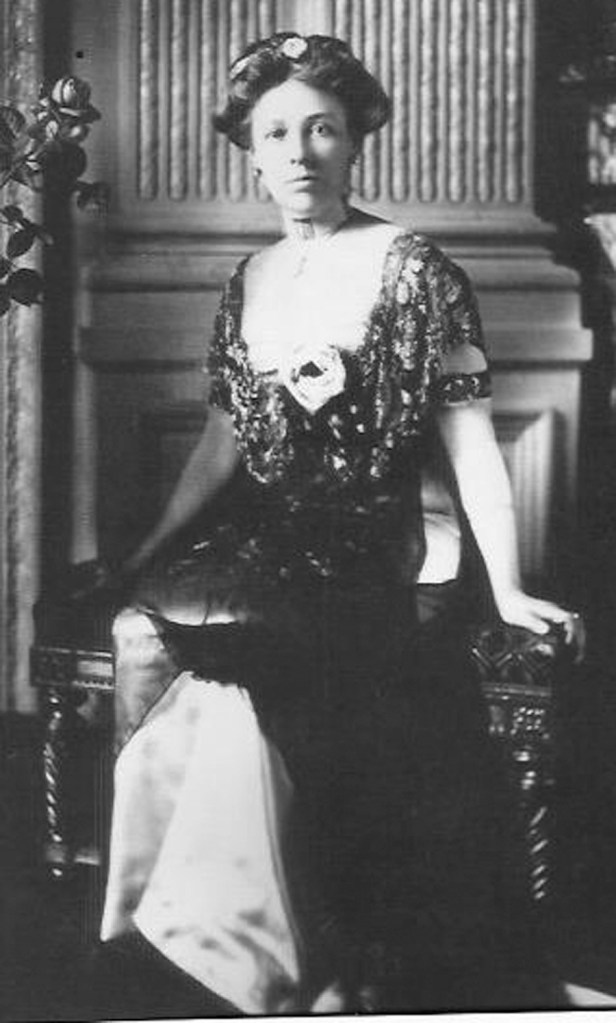 From the time 17-year-old Helen Herron and her parents spent a week at the White House as guests of their dear friends, President Rutherford B. Hayes and his wife Lucy, Helen, who was called “Nellie,” seemed to have one goal in life.

That goal was to be First Lady and live in the White House.  She seemed to assess her suiters as to whether they would be able to make that wish come true.

She found a winner.

Helen Herron was the daughter of Harriet and John w. Herron. She was born in Cincinnati, Ohio, in 1861. Bright, ambitious Helen went to private schools and then to Cincinnati College of Music from which she graduated before entering Miami University of Ohio.

Helen was a teacher for a few years before she met a likeable, young Cincinnati lawyer, William Howard Taft. They had intellectual interests in common, which developed into something much deeper, love. They had a long courtship and were finally married in 1886.

The book, The First Ladies, by Margaret Klapthor says that Mr. Taft called his wife “a treasure……self-contained, independent, and of unusual application.’’ That book also said that Mr. Taft wondered if they would ever reach Washington in an official capacity. The newlywed Mrs. Taft probably had few doubts because she thought she was a good judge of people.

Mr. Tafts advanced in his profession becoming a state judge, Solicitor General of the United States, federal circuit judge, and finally the—Governor-General of the Philippines.   That was an assignment that Helen Taft absolutely loved. They, which by that time meant both Mr. and Mrs. Taft and their three children, lived at Malacanang Palace where Mrs. Taft elaborately entertained people from all walks of life including the Filipinos who were happy to be included. That assignment was an adventure for Helen Herron Taft and her children. She was able to also visit China and Japan, and she even went on a diplomatic mission to the Vatican. Mrs. Taft was in her element while in the Philippines. Mr. Taft received accolades for his work in the Philippines.

President Roosevelt offered to appoint William Howard Taft as a Supreme Court Justice, the job that Mr. Taft had always wanted. Mrs. Taft said no to that offer because she knew that that meant he would never be President. Mr. Taft turned down the offer, but accepted the job as Secretary of War.

Mrs. Taft approved of her husband taking that appointment because it meant that the family would move to Washington. Once in Washington, Helen Taft cultivated Republicans contacts and urged her husband to do the same. Mrs. Taft’s maneuvering may have helped because Mr. Taft was chosen as the Republican candidate for President. In 1908, Republican William Howard Taft won the election and became the 27th President of the United States. Helen “Nellie” Taft was a happy woman.

Mrs. Taft rode with her husband from the inauguration to the White House—the first First Lady to do that. After the Taft family moved into the White House, Mrs. Taft immediately caused  a stir. For example, she replaced some of the white ushers who wore black suits with African-American ushers who wore blue suits. A number of people lost their jobs and others were offered different jobs, sometimes with a cut in pay. The chapter in a book, First Ladies, by Carl Sferrazza Anthony, titled the chapter on Helen Taft, “Nervous Nellie,”an apt title.

Not only was Mrs. Taft rearranging the White House and its staff to suit her taste, but she also involved herself in running the government. Several of the earlier First Ladies wanted nothing to do with politics. Not so with Mrs. Taft.

Ike Hoover, the chief usher at the White House for 29 years, is quoted by author, Anthony as follows: “It was no uncommon thing to see her (Mrs. Taft) taking part in political and official conferences…when Speaker Cannon consulted with the President, Mrs. Taft seemed always to be present and taking a leading part in the discussions.  At large social gatherings a guest would often entice the President to a corner for a talk on some special subject. They would always be joined by Mrs. Taft as soon as she realized the situation. She attended almost every important conference that was held in the White House proper. She would even walk in on private conferences unheralded and unannounced.”

It is easy to see why Mrs. Taft was nervous—she was trying to attend to so many things, domestic and political.

First Lady Taft discovered an area near the Potomac River that was a muddy mess. She wanted to turn the area into a park with a band stand where the Marine Band could entertain people at concerts on Wednesday and Saturday. She got that accomplished. The concerts were a big success with 10,000 people turning out for the first one.  During that first concert the President and Mrs. Taft and their guests floated down the Potomac River on the presidential yacht, The Mayflower. One of the guests realized that Mrs. Taft was not responding when she was spoken to. Help was summoned.  First Lady Taft had had a stroke. The yacht quickly docked.  Mrs. Taft was taken off, and rushed to the White House.

The stroke was indeed serious – the lady, who so coveted the job as First Lady, was struck down after she had served in that position for about two months. Mr. Taft would sit by her bed for hours and try to help her speak again. After about a year, she had somewhat recovered, but she was never the same “Nellie.”  Mrs. Taft did recover enough to oversee her daughter’s debut and to have a huge garden party for 400 guests to celebrate her and the President’s’ 25th wedding anniversary.

William Howard Taft was not elected for a second term; he may have secretly been glad about that because being President of the United States was never on “his bucket list.”  After leaving the presidency, Mr. Taft taught law at Yale, his alma mater, and, then in 1921, he was named as Chief Justice of the Supreme Court by President Warren Harding.

Mrs. Taft was happy to be returning to Washington, and Mr. Taft was so happy to have achieved his lifetime goal. He was/is the only president to serve on the Supreme Court.

Mr. William H. Taft died in 1930 and was buried at Arlington National Cemetery. The former First Lady Helen “Nellie” Herron Taft died 13 years later on May 22, 1943, and was buried beside her husband at Arlington. President William Howard Taft and his wife, Helen, and President John F. Kennedy and his wife, Jacqueline, are the only presidential couples buried at Arlington National Cemetery, which is just across a bridge from Washington, D.C. 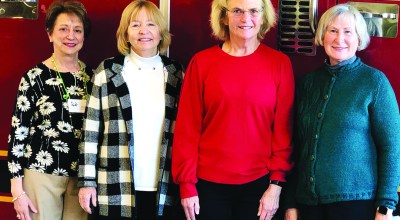 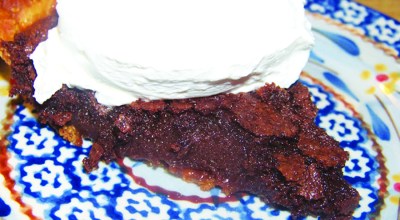