Zucchini one of most versatile fruits in the kitchen 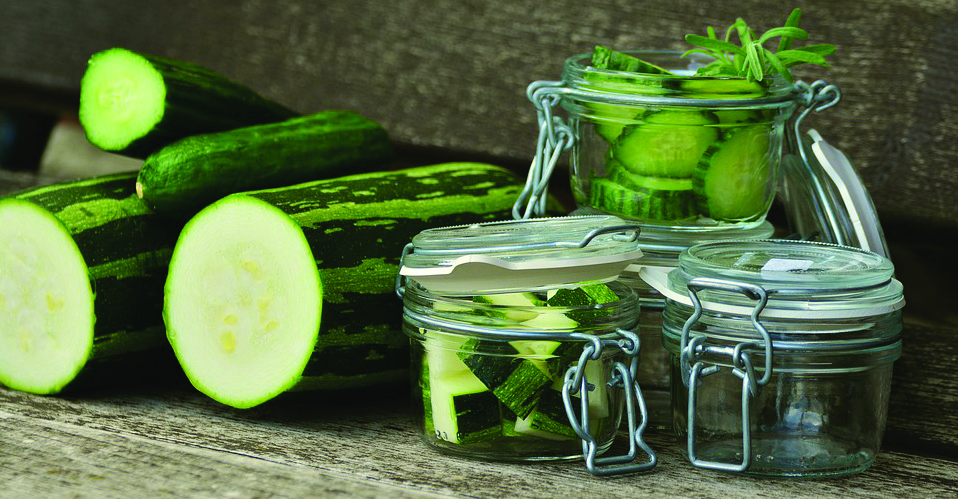 Do you remember how your Mamma encouraged you to eat your vegetables?

Well, there was a good reason for it.

Most of us know that veggies are good for us – some more than others.  Zucchini ranks higher on the nutritional scale. In addition to a long list of health-enhancing benefits, zucchini proves quite versatile in the kitchen.

But first – we need a botany lesson. While most people think zucchini’s a vegetable – it’s not.  Zucchini’s classified as a fruit.

And zucchini doesn’t just go both ways – it goes all ways.  What’s better than a food that’s tasty as an appetizer, salad, bread, meat combo, side dish, relish, or pickled – and is equally delicious for dessert?

Not many foods carry this distinction of versatility so well.

While zucchini can grow to more than 3 feet long, they’re best harvested when immature and small. When I was a teen, Mama would send me to the grocery to buy squash – with exact instructions every time.

“Buy the smallest ones they have – they taste better.”

As usual, Mama was right. As a general rule, the smaller ones pack greater flavor.

In a mixer bowl, beat egg and add olive oil. Add flour and baking powder while alternating with milk. Salt and pepper. Fold in cheese and zucchini. Mix well. Add onion, garlic, and parsley, and mix well. In a skillet, heat oil to a deep-fry stage and drop in batter by spoonfuls. Fry until golden. Remove with slotted spoon and drain on paper towels. Salt to taste. Keep warm until all are cooked. Serve immediately.

In a saucepan, melt butter. Add onion and garlic and cook 5 minutes until translucent.  Thinly slice zucchini and sprinkle with salt. Allow to stand for 5 minutes. Drain off water and pat dry. Add to butter mixture and cook for 5 minutes. Add rosemary, broth, lemon juice, and wine. Simmer for 30 minutes. Remove from heat, cool, and puree in a food processor. Add puree to a pot and add melting cheese of your choice and sherry. Simmer and stir for 5 minutes or until cheese is melted. Garnish with freshly grated Parmesan and grated zucchini.

In a mixer bowl, cream butter and sugar until light and fluffy. Add one egg at a time, beating thoroughly between each addition, and vanilla. Add flour, cocoa, baking powder, baking soda, salt, and cinnamon while alternating with milk. Mix well. Fold in grated zucchini and chopped nuts. Mix well. Bake in a preheated 350-degree oven in 2 well-greased and floured loaf pans for 1 hour or until done. Cool on rack.

Paste of 2 Tbsp. cornstarch and water

In a large crock, combine zucchini, carrots, green pepper, and onion with salt. Allow to stand for 24 hours and then drain.  In a large pot, combine vinegar, sugar, celery seed, pepper, turmeric, nutmeg, and a paste made of cornstarch and water.  Add drained vegetables and bring to a boil while stirring constantly. Remove from heat. Spoon into sterilized jars. Store in a cool place.

Peel zucchini with vegetable peeler. Cut into matchsticks or slices. Dredge sticks in flour. Shake off excess flour. In an electric skillet, heat oil to 375-degrees. Fry a handful of zucchini sticks at a time for 3 minutes or until light brown. Remove with slotted spoon and drain on paper sack or paper towels. Keep warm in oven while frying remaining sticks. Salt and pepper to taste. To reheat, spread sticks on a baking rack on baking sheet. Warm in a 350-degree oven.

1 thinly sliced, cut in half lemon

Cut washed zucchini into thin, 1/8th-inch thick slices. In a bowl, combine zucchini, lemon red pepper, onion, salt, and celery seed. Gently toss to combine. Allow to stand 1 hour. In another bowl, combine sugar and fresh lemon juice, and stir until sugar is dissolved. Pour over vegetables. Refrigerate while covered for 24 hours. Serve as a relish with cold meats.

Trim ends of zucchini and cut into slices. Put into steamer basket. Steam for 7 minutes over boiling water.  While steaming, in a skillet, heat olive oil with garlic and red pepper flakes for 4 minutes over medium heat. Remove zucchini from basket and dry on paper towels. Place in a bowl. Add garlic oil, salt, and pepper. Stir to coat. Sprinkle with parmesan cheese and serve.

1 cup cooked white or other rice

Cut each zucchini in half lengthwise. In a small amount of boiling water with salt, cook zucchini for 5 minutes while covered just until barely tender. Drain well. Cool and scoop out seeds. In a skillet, melt butter, and saute garlic and onion while stirring until golden. Add tomato, rice, oregano, salt, and cayenne. Mix well. Sprinkle inside of each zucchini lightly with salt. Fill each zucchini half with rice mixture. Sprinkle each with parmesan cheese. Arrange in a single layer in a buttered baking dish. Bake uncovered in a 450-degree oven for 15 minutes. Broil several minutes to brown top.

In saucepan, cook zucchini in boiling salted water for 5 minutes or until tender. Drain well and set aside. In skillet, cook bacon pieces until crisp. Remove bacon and drain on paper towels. To the skillet, add onion and garlic, and saute until tender. Drain off grease.  Stir onion and bacon mixture into drained zucchini. Add bread, cheese, salt, seasoning, pepper, and tomato sauce. Toss until well coated. Spoon into a buttered 13 x 9 baking dish. Sprinkle top with parmesan cheese. Bake in a 350-degree oven for 20 minutes or until bubbly.

For crust, combine flour and salt. Cut in butter and lard until mixture resembles coarse crumbs. Sprinkle in milk a little at a time until flour is moistened. Shape into a ball. Roll out on a lightly floured surface to form a 13-inch circle. Line 9-inch pie plate and flute edges. Prick inside of crust with tines of fork. Brush with egg white. Bake in a preheated 450-degree oven for 10-13 minutes. Decrease oven to 350-degrees. For filling, cook bacon until crisp. Drain and crumble. Reserve 1 Tbsp. bacon fat and saute onion. Combine bacon, onions, and seasonings. Place in bottom of pie shell. Sprinkle with cheese. Combine eggs, cream, and squash. Pour over cheese. Bake 40-50 minutes or until knife tests clean. Allow to stand 5 minutes before serving.

County Line: A tribute to mothers past and present