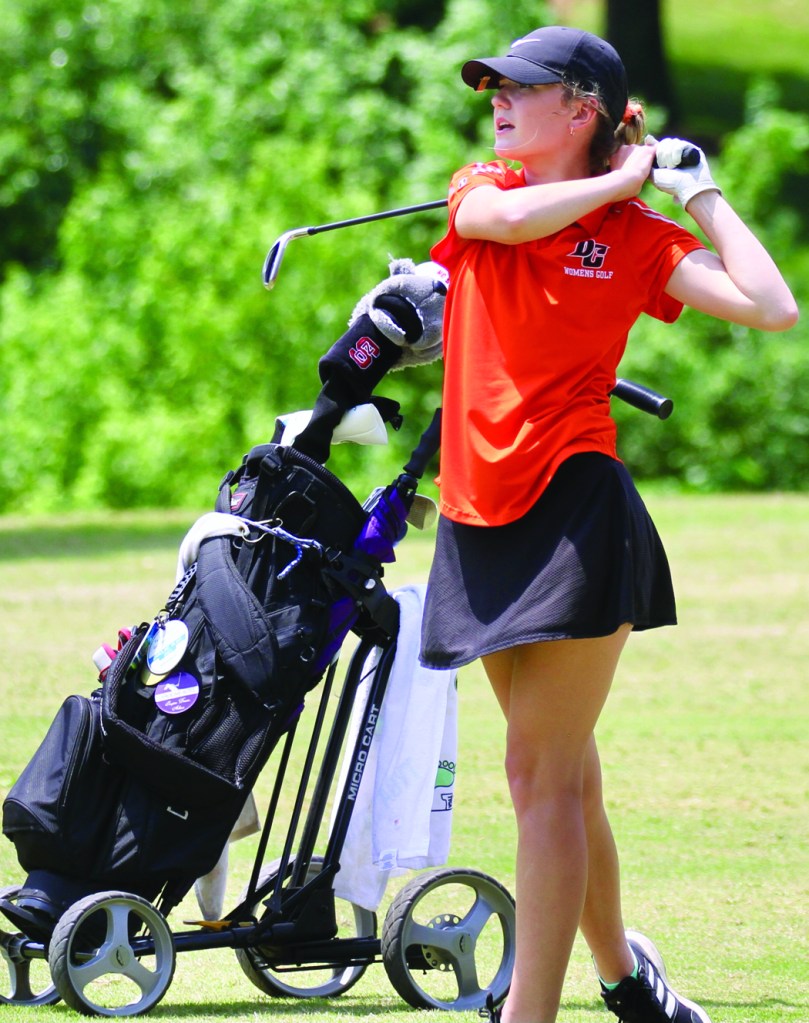 You know this already, but Kyleigh Harnsberger is one of the finest female golfers in the history of Davie’s program. Fittingly, her high school career ended in the state meet, which was held Tuesday.

Harnsberger’s senior season started with a 45. In the four nine-hole matches, she averaged 42.5 strokes. That did not meet her lofty standards; her junior average was 39.4.

But look now. She returned to form in the big meets and she qualified for the state for the third time.

After shooting 79 in the Central Piedmont Conference championship, she produced 10-over 81 in the West Regional at Salem Glen on May 4-5. (The first day was suspended by rain, so the golfers returned the next day to complete their rounds.) Harnsberger finished 11th out of 45 competitors.

“In the last two weeks, she has found the consistency that she was missing the first few outings in the conference,” coach Bob Donley said. “Once she got settled in, she has shot pretty consistent numbers.”

While McDaniel, a three-time all-conference performer, and Vanzant will form the nucleus of the fall 2021 squad, Donley had to say farewell to someone who has been a constant for Davie for three seasons – Bliss. She was good enough to make all-CPC twice.

“We had the most competitive region in the state,” Donley said. “Quite frankly, the other two regions had girls who shot 90 or higher get to go to Pinehurst. They cut it back this year (due to Covid). It’s 11 fewer golfers from each region going to state. If the normal state qualifying number of golfers had been used, Kyleigh, Annika and Caroline would have made it to states.”

Davie finished sixth out of nine teams in the region.