First Ladies: Saxton/McKinley marriage a story of love and devotion 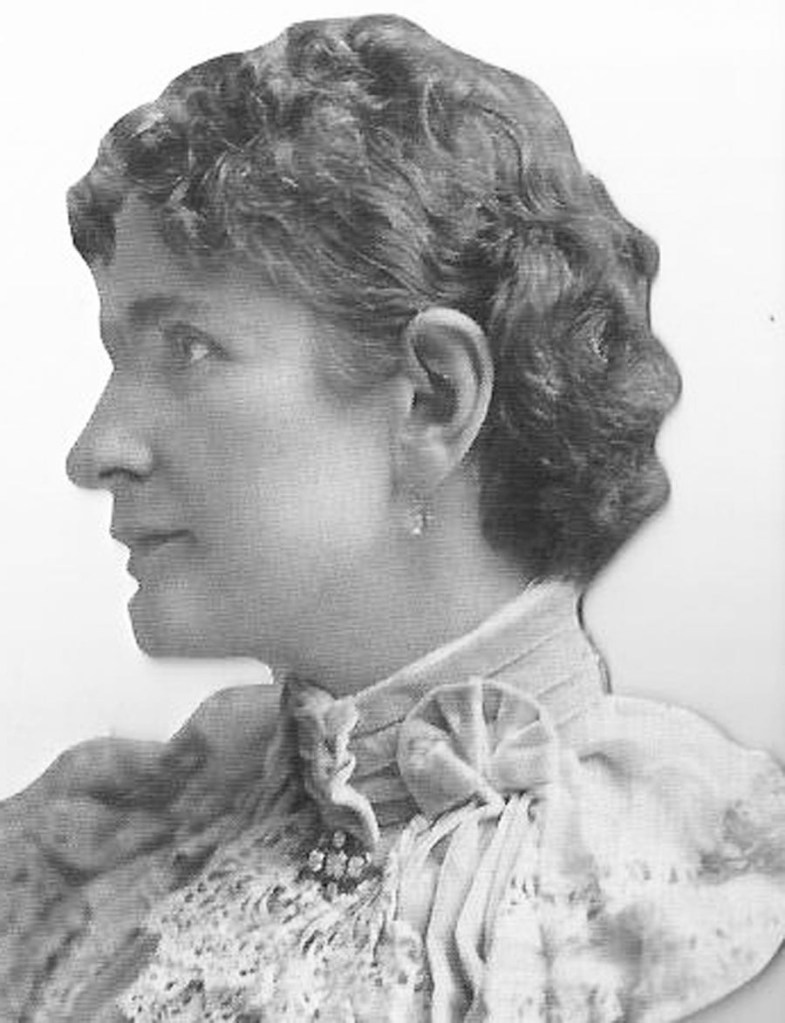 The Ida Saxton/ William McKinley story is a story of love and devotion.

Ida Saxton was born on June 8, 1847 in Canton, Ohio. Her parents were Catherine Dewalt Saxton and James A. Saxton, a prosperous banker. Ida was able to attend the best schools, and she finally attended Brook Hall Seminary in Pennsylvania.

After she graduated from Brook Hall, she went on a tour of Europe. After the European tour, she returned to Canton to live with her parents. She was somewhat bored by the activities which usually consumed the time of young ladies from well-to-do families so her father let her go to work at his bank.  That was unusual for a young lady at that time, but Ida enjoyed it.

She met a young lawyer at a picnic, and he learned that she worked as a cashier at the bank. That lawyer, William McKinley, began to have to make trips to the bank quite often. It wasn’t the fact that he was flushed with money, but that he was enthralled by the beautiful and vivacious young cashier. The fascination worked two ways, and soon the young couple realized that they were really in love.

Lovely Ida and handsome William were married at the First Presbyterian Church in Canton on Jan. 25, 1871. Ida was 23 and William was 27 years old.

Ida’s father gave the young couple a house where they happily began their married life. On Christmas Day in 1871, the McKinleys became the parents of a beautiful baby, who they named Katherine.  The young parents doted on their new baby, and also on each other.

Ida’s mother died about two years after Katherine’s birth. Ida was devastated by her mother’s death.  The McKinleys had another baby that they named Ida. Baby Ida died when she was about five months old.  The grief that resulted from the death of her mother and then the death of their baby destroyed Ida’s health.  From that time on, she had headaches and epileptic seizes. She also had phlebitis, which left her partly crippled.

The McKinley Family’s grief became almost more than they could bear when Katherine, their only surviving daughter, died when she was she was4four years old from typhoid fever.

Mr. McKinley became interested in politics. He was elected to Congress. The young politician attended to his political affairs but also devoted a great deal of time to his wife. While they lived in Washington, he took time to do things that Ida would enjoy such as going for ride in their carriage, attending plays, and occasionally going to dinner at the White House.

When she was alone, Ida McKinley did needlework.

In 1892, Mr. McKinley was elected Governor of Ohio. The McKinleys lived in a hotel across from the state capitol. The book, Cabins, Cottages, and Mansions, by Nancy and Christopher Benbow, describes Gov. McKinley’s attention to his wife. It says, “Governor McKinley’s devotion to his wife became legendary during this period. At precisely 3 p.m. each day, he interrupted whatever he was doing, would go outside, and wave his handkerchief at the window where his wife sat in their hotel site across the street.

Every morning after leaving the hotel, he paused outside, removed his hat, and bowed to his wife’s window before proceeding to the office.”

William McKinley was elected as the 25th President of the United States in 1897. Even though she was almost an invalid, Mrs. McKinley was determined carry out the duties expected of a First Lady. She attended receptions and dinners at the White House, even though she may not have been able to help with preparations. She was always beautifully dressed for those occasions.  During White House receptions, she sat in a chair upholstered in blue velvet and held a fragrant bouquet of flowers in her hands so she would not have to shake hands. At White House dinners for special guests, she was always seated next to her husband even though that seat was the one where the special guest was usually seated. The President had her seated there so if he saw that she was about to have a seizure, he could cover her face with a large handkerchief. When the seizure had passed, she would remove the handkerchief and the conversation would continue as if nothing had happened.

William McKinley was re-elected to a second term as President. In 1901, he traveled to Buffalo, N.Y., to attend the Pan-American Exposition. He was standing a receiving line the exposition, shaking hands with each person who moved along the line. An unemployed anarchist, Leon F. Czolgosz, approached the President with a handkerchief over his hand.  When he reached the President, he shot him point-blank with a pistol which he had concealed under the handkerchief. As he fell, the President murmured to his secretary, “My wife …be careful….how you tell her…oh, be careful.”

President McKinley had only served as President for six months after he was elected to a second term.

First Lady Ida McKinley reacted bravely when she received the news. She showed strength beyond belief as she sat by her husband’s bedside for the eight days hoping for his recovery. President William McKinley died from an infection on Sept. 14, 1901.  He was buried in Canton beside his little daughters.

Ida McKinley went back to Canton where she was cared for by her younger sister. She visited her husband’s grave almost every day until her death.

The only places connected to President William McKinley that still exist are the Saxton House and the McKinley National Memorial in Canton, Ohio.  McKinley visited his wife’s family at Saxton House, and he had an office there for a period of time.

The McKinley National Memorial is amazing and is well worth a trip to Canton, Ohio.