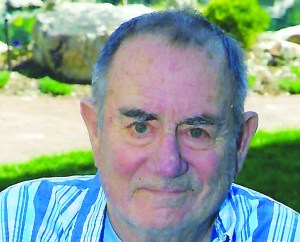 He was born July 12, 1938 to George and Francis (Hollister) Nelson. His early early years were spent in New York City and Quogue (Long Island), N.Y. His high school years were spent at Phillips Academy in Andover, Mass., and he later studied English and Comparative Literature at Columbia University.

From his early adulthood, he had a passion for adventure and flying. He enjoyed flying gliders and small engine planes for fun and later a career. Education, adventure, travel and flight were important from an early age and continued throughout his life. In 1959 he  joined his father in the building of the American National Exhibition at the World’s Fair  in Moscow. He later enjoyed his interests internationally when he spent the early 1960s as a photojournalist and a soar plane pilot in France.

In the early 1970s, the Nelson’s became members of the Moravian Church with Henry May as their pastor, and giving him a place he could play tuba. Playing in the Easter Sunrise services at Old Salem was one of his favorite traditions. Over the years, he introduced many others to this tradition by bringing local middle and high school students along to play. He continued to play iat New Philadelphia Moraivan Church,  shared his talents with the Baptist in the orchestra of Calvary Baptist, and enjoyed being in several community bands.

In the late 70s-80s, he spent several years helping many fulfill dreams of becoming a pilot in a small plane. When his health forced him out of the pilot seat, he returned to the classroom with middle school students, where he taught several years at North Davie Junior High.

Never one to say no to adventure, especially if it coincided with helping people, in 1985 he took part in a Moravian mission project that took him to Ahuas, Honduras to help build a hospital. In the 90s, he and Marcia became RVers, spending months at a time experiencing America, from Burning Man to Alaska.

He found outlets that instilled leadership qualities in youth.  He was active in Boy Scouts beginning as a Scoutmaster when Keith started and continuing for decades later.  He spent many summers at Camp Uwharrie as a staff member and troop leader.  Earlier in his life he was an active leader in Civil Air Patrol. Although he only had two biological children that called him Dad, there were hundreds over the years that looked at him in this role and also called him by the same title.

In his later years, he returned to a boyhood passion of model trains, transforming a guest room into a world of O-gauge tracks and locomotives. Once again, discovering more community in a quirky endeavor. A few years ago, in the midst of health challenges, he fulfilled a dream and  jumped once more on the train for a trip across the United States that culminated in a helicopter flight to the Grand Canyon.

He was a man with faith and a passion for living who cherished travel, teaching, tubas, trains, planes, community, and family. He understood the power of education, sarcasm and helping others, and passed all three along to his children, students, and friends.

He  is survived by his wife Marcia, and his two children Keith (Stephanie) and Jennifer.

Teaching was his life. He continues to educate at Wake Forest Medical School.

There will not be a memorial at this time. Expect a celebration of life this summer.