Iredell sheriff wants to know: Who are these guys? 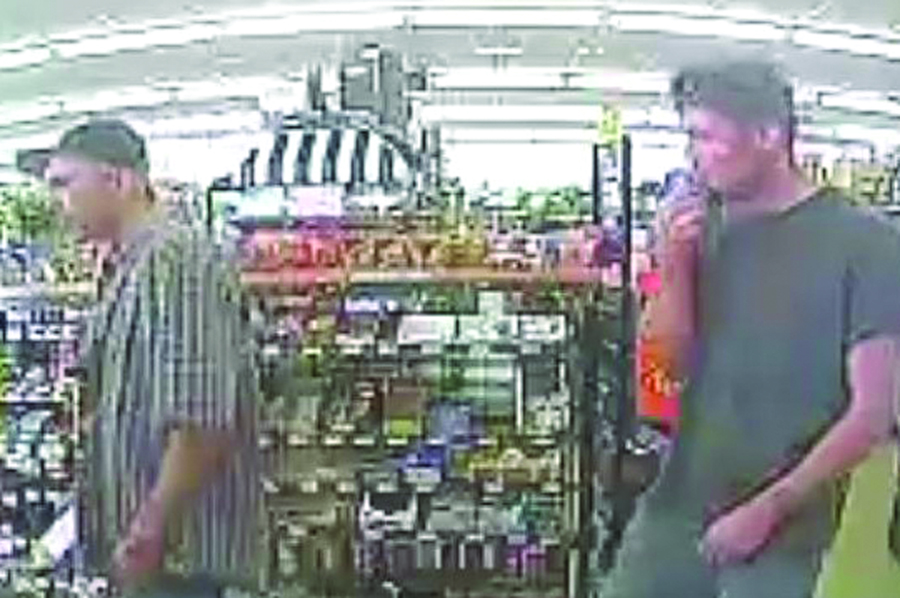 On Wednesday, April 21 the Iredell County Sheriff’s Office was called about a felony larceny of a motor vehicle at the Dollar General on West Memorial Highway in Harmony.

Once the deputies arrived, they were able to view store surveillance video which showed two white males entering the store. They had pulled into the parking lot driving an older model brown in color Ford Explorer. The males entered and walked around the store, spoke with the clerk, and exited the store.

As the two suspects were walking out of the store, the victim in this case, pulled in driving a white, 1999 Dodge Ram truck. He parks the truck and gets out, walks into the store.

The suspects then get into their vehicle and start to leave the parking lot when, the passenger gets out, walks over to the victim’s truck, gets in and drives away. Both vehicles exited the Dollar General parking lot and drive on 901 towards Interstate 77.

At 10:42 pm, the same day, Iredell County Sheriff’s Office Deputies responded to 431 Friendship Road in reference to a suspicious vehicle. When the deputies arrived at the scene they noticed it was the vehicle was stolen truck from the Dollar General.

According to a witness, a tall, slim, white male got out of an SUV on Friendship Road, and moved the truck to the back of the field. The male exited the truck then walked away.

If you have any information about this incident, or know either suspect in the surveillance photographs, please call the Iredell County Sheriff’s Office at 704-878-3100.