Following in the footsteps of Daniel Boone 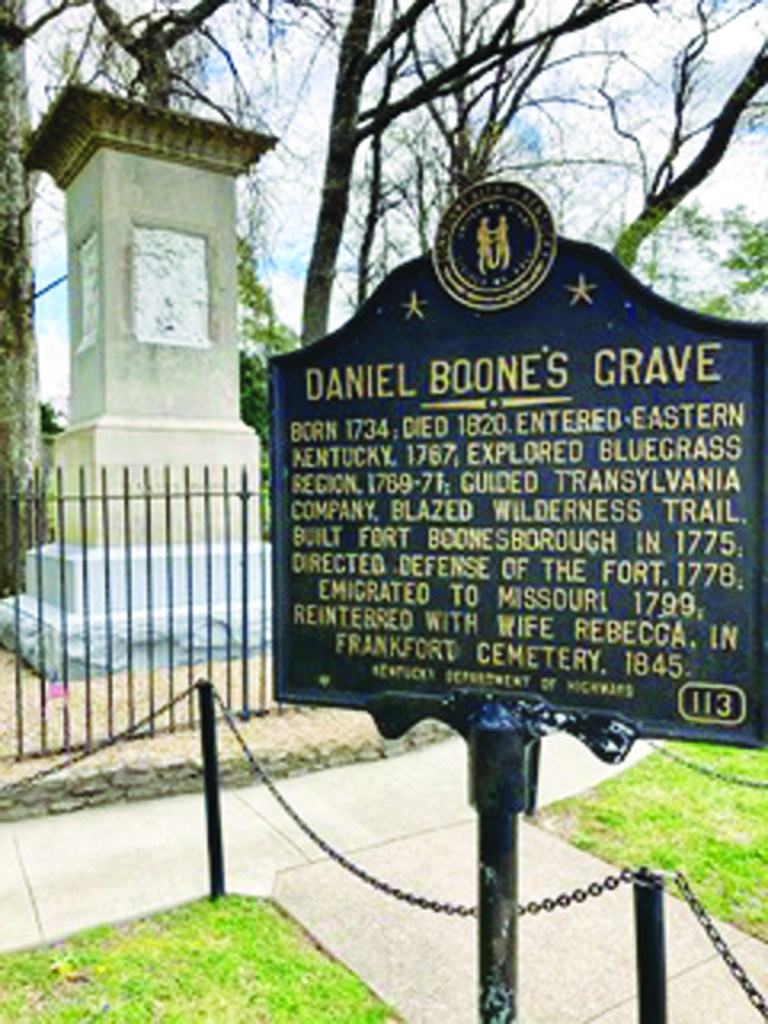 What drove them to leave the safety of their homes, pack their few possessions on a horse and walk hundreds of miles westward?  Hostile Indians would lurk in the underbrush, waiting to attack.  Rain and mud and mountains and an uncertain path lay ahead.  There was cheap, fertile land in “Kentuck,” but getting there was no picnic.

Elizabeth and I stood at an overlook of the Cumberland Gap — a narrow slit those 18th century pioneers used to cross the wall of mountains stretching 600 miles from the Carolinas to Pennsylvania, blocking the westward expansion of American settlers. I marveled at the pluck, the courage, the determination of Daniel Boone and his band of followers, our ancestors among them. Indians attacked Boone’s first expedition, killing five, including Boone’s son. The group turned back. Great-great-great-grandfather Jonas Sparks decided that life on the Yadkin River in Davie County was just fine. Daniel, however, returned to Kentucky, blazing a path through the mountains and leading settlers to follow. Historians estimate 300,000 people trekked through the Cumberland Gap.

He was the ultimate wanderer, old Dan’l. There’s a line of towns named for him stretching west. Boonville, Boone, Boonesborough and others. We found a statue of his brother, Squire Boone Jr., in Kentucky. Squire had been shot and wounded repeatedly by Indians, left for dead as others retreated. A state park is named for him.

We found Daniel Boone’s grave overlooking Frankfort, Ky., with wife Rebecca Bryan, that pretty Mocksville girl he married. Pretty … and patient. She waited at their cabin home in Farmington on Sugar Creek while her man wandered. He was a “long hunter” — gone for long stretches in the wilderness trapping furs — once for three years. She assumed he was dead. Finally, he took her with him to Kentucky.

Fast cars, multi-lane highways, 70-mph speed zones, GPS, cell phones, rest stops, hotels and the golden arches of McDonalds at every other exit … dull our minds to the hardships our ancestors endured to settle this country. We drove 400 miles in one day. Daniel Boone’s tiny band might have averaged 10 miles a day.

I came home with a new appreciation of America, this bountiful land blessed by God and the courage of those early settlers.

Dwight Sparks – history buff and traveler – is the former publisher and editor of the Enterprise Record. He lives in Advance with his wife, Elizabeth.

Bless Your Spoon: A mess ‘o greens a southern…