All About Bocce: Seniors compete at new park 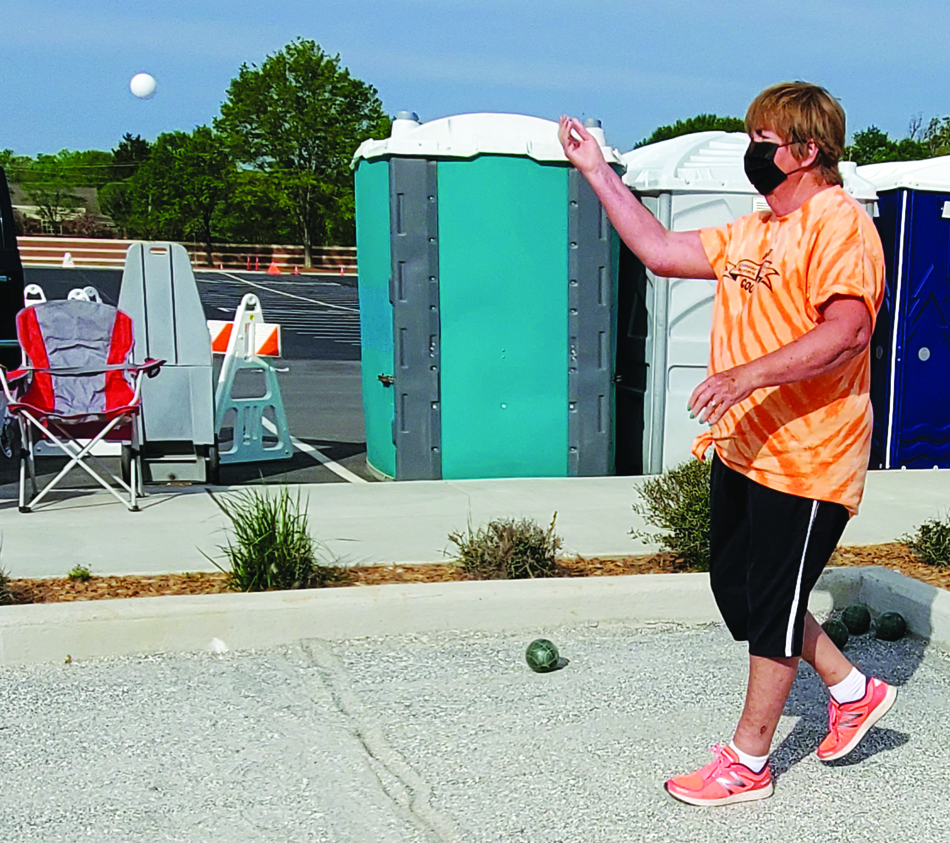 Peggy Evans gets a game of bocce rolling.

When you visit the new Davie County Community Park, be sure to notice the bocce courts beside of the horseshoe pits.

Bocce is a game that can be played as a tournament sport or with your family or even on the beach.

You may play two games on a bocce court at one time. You would have two people on one end of the court and two people on the other end. This is great for the tournament because each set of opponents plays the best two out of three.

If interested in learning how to play bocce, Senior Services will be hosting a bocce league this September. Those 50 and older are invited to play.

There are also still several upcoming events for Senior Games, including horseshoes, croquet, and shuffleboard. Call Carrie Miller or Kim Shuskey at 336-753-6230 with any questions or if you would like to become a volunteer.