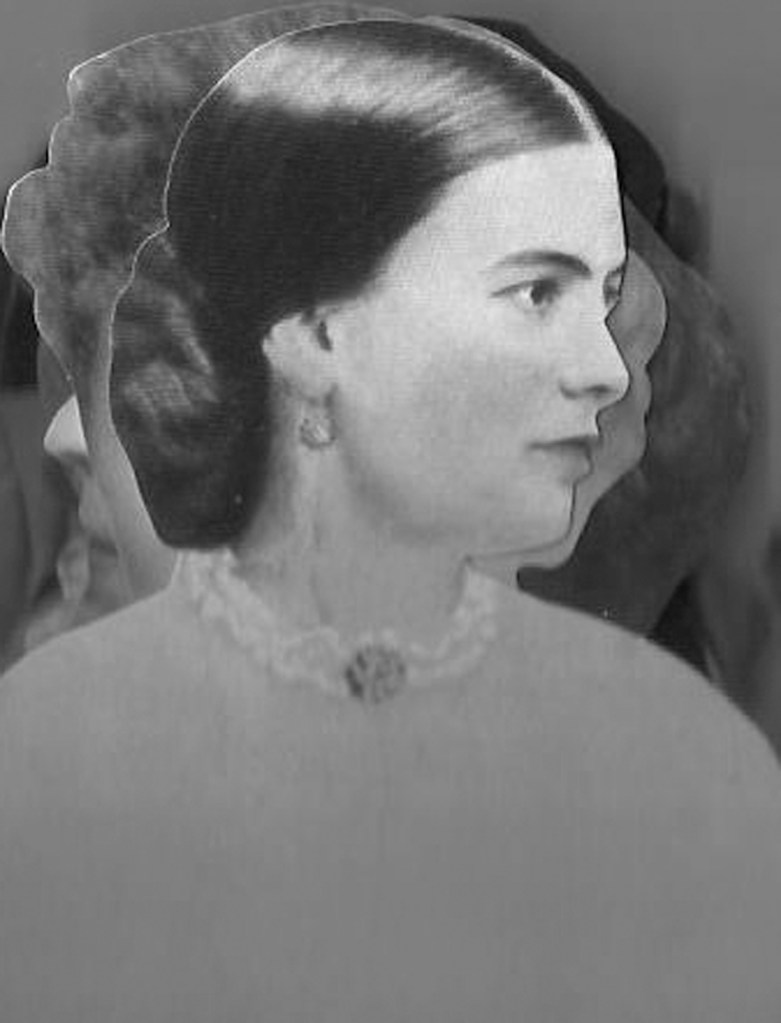 If beautiful, talented, socially-adept Ellen Lewis Herndon Arthur, wife of Chester A. Arthur, had lived until her husband became President of the United States, she probably would have been a much admired First Lady.

That was not to be.

While Ellen waited for her carriage after she had attended a benefit concert, she was exposed to harsh weather. Soon after that exposure, she developed a cold and then pneumonia, which took her life within three days.

Ellen Herndon was born in Virginia. Her parents were Elizabeth Hansbrough and William Lewis Herndon, U.S.N. Her family moved to Washington, D. C. in order for Mr. Herndon to help his brother-in-law establish the Naval Observatory, which still provides critical information to the U.S. Navy and the Department of Defense.

While the family was living in Washington, Ellen’s beautiful contralto voice attracted attention.  She even joined the choir at St. John’s Episcopal Church on Lafayette Square, which is sometimes called “The Church of Presidents.”

The Herndon family then moved to New York.  Ellen’s father assumed command of a mail steamer which operated out of New York.  It was in New York that Ellen Herndon met handsome, young lawyer, Chester Alan Arthur, who was always extremely well-dressed. Arthur had come a long way from the tiny two-room house in North Fairfield, Vt., where he was born to a Baptist preacher and his wife, to the bustling city of New York, where he was establishing a law practice. Even though Chester was a bit older than Ellen, they fell in love and were married in 1859 in Calvary Episcopal Church in New York.

There was a bit of a strain in the family because Ellen and her family were Southern sympathizers, and Chester Arthur joined the New York militia which became part of the Union Army. In spite of those differences, the Arthur marriage survived, and Mr. Arthur helped the Herndon family when he could.

After the Civil War, Mr. Arthur’s law practice grew, and the family enjoyed the lifestyle of the wealthy. They entertained lavishly, and Mr. Arthur enjoyed giving his lovely wife gifts from Tiffany’s. President Grant appointed Chester Arthur Collector of the Port of New York, which at that time was the highest paid federal job in the country. His salary was the equivalent of $1 million per year in today currency—a high paying job in any era. After Rutherford B. Hayes became President, Mr. Arthur, the Collector of the Port of New York, was accused of corruption and was removed from that office.

During the period after he was removed from his job as Collector, and, probably also before, Mr. Arthur was away from home a great deal which caused some tensions in the family.  He was involved in Republican politics, which seem to require him to travel a great deal. He was away when his wife was stricken.

The Arthurs were the parents of three children, one of whom died as a baby. It is easy to surmise that Ellen Arthur probably felt lonely and overwhelmed with all the responsibly for the family with her husband away so much. When Ellen took pneumonia, Chester Arthur, no doubt realized how much he really loved his wife and his children, but it was too late for him to make amends for his absences.

About 10 months before Chester Alan Arthur was chosen to run as Vice President with James Garfield, his lovely wife died.  The book, The First Ladies, by Klapthor says, “Chester Alan Arthur’s beloved “Nell”  died on January 12, 1880. That November, when he was elected Vice President, he was still mourning her bitterly. In his own words, ‘Honors to me now are not what they once were.’ His grief was that more poignant because she was only 42 and her death sudden… She was already unconscious when he reached her side.” Ellen Herndon Arthur was buried in Rural Cemetery in Albany, N.Y.

Vice President Arthur was shocked as was the rest of the nation when President James A. Garfield was shot at a train station by a disgruntled office-seeker. President Garfield lived a little more than two months before he died of an infection.

Life First Ladies says, “Chester Arthur was another widower when he took office after the death of James Garfield in 1881.  His involvement in matters domestic…he brought his own chef and valet with him to the White House…might have suggested a capacity even an interest in performing the duties of the First Lady himself. But, for pesky dinner parties involving mostly couples, Arthur needed a partner. He brought in his sister, Mary McElroy. She lived in the White House during the winter social season then returned to her home in Albany, N.Y., when she was no longer needed in the spring.

Mr. Arthur’s great love for his wife and his grief manifest itself after her death when he had a stained glass window put in St. John’s Episcopal Church on Layette Square where Ellen once sang in the choir. He had the window placed with light behind it so he could see it from the White House.

Also, throughout his White House years, President Arthur had a fresh bouquet of flowers placed daily in front of the silver-framed picture of his beloved “Nell”.

When he was Collector of the Port of New York, Chester Arthur was accused of corruption and was removed from that office. Mr. Arthur seemed to redeem himself by his actions as President. The book, The Presidents of the United States of America, by Freidel says, “Publisher Alexander K. McClure recalled, ‘No man ever entered the Presidency so profoundly and widely distrusted and no one ever retired … more generally respected.’”  President Arthur had Bright’s disease, a kidney ailment, which he had kept a secret. He died less than a year after he left office and was buried beside his wife at Rural Cemetery.