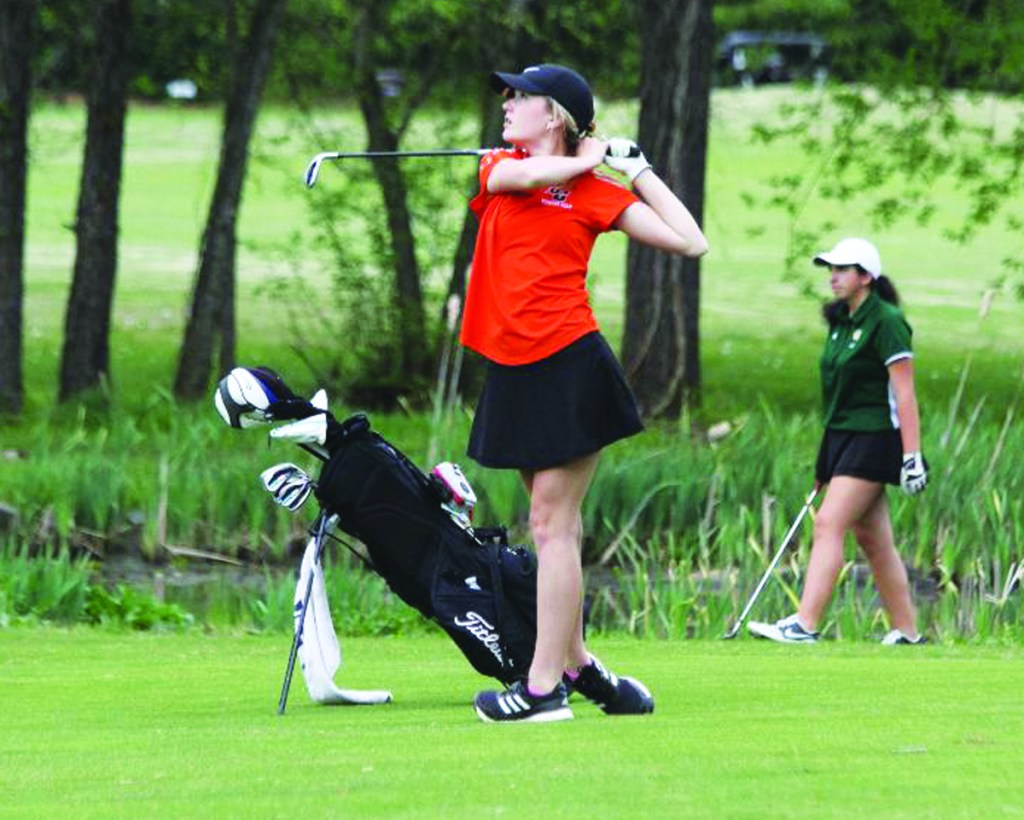 As a junior, Caroline Bliss of Davie’s girls golf team shot 7-over 43 at Pine Knolls and another 7-over 43 at Reynolds Park. This season as a senior, she shot 43 at Oak Valley on March 15 and yet another 43 at Salem Glen on March 22.

Then came the breakthrough at Oak Valley on April 14. In the 18th nine-hole round of her three-year Davie career, Bliss drained two birdie putts, got over the 43 hump and carded a 2-over 38. Breaking 43 was a moment she’d been dreaming about since adopting the sport as a sophomore.

“Breaking 40 has been a goal of mine since my junior year, and it felt great to finally achieve it,” she said.

Bliss has displayed impressive progress since her days as a raw sophomore, her career starting with a 56 at Bermuda Run West on Aug. 23, 2018. Fast forward two and a half years and she produced the finest Davie score since classmate Kyleigh Harnsberger’s even 36 at Reynolds Park on Sept. 30, 2019.

“I felt like all my hard work has paid off and that every component of my game came together in that round,” she said.

“They were both pretty long putts that just fell right into the hole,” she said of the birdie putts on six and nine.

Junior Annika McDaniel (44) and sophomore Emerson Vanzant (46) helped Davie overcome the absence of Harnsberger and beat West Forsyth by three strokes. McDaniel delivered her seventh straight round at 10-over or better, and Vanzant shot a career best after a pair of 48s as Davie shot 20-over 128.

At Pudding Ridge on March 30, sophomore Colby Moore of the Davie boys took second with an even 35, junior Ben McGuire tied for third at 37 and freshman Cooper Drum tied for fourth at 38. Reynolds, though, defeated Davie 147-151.