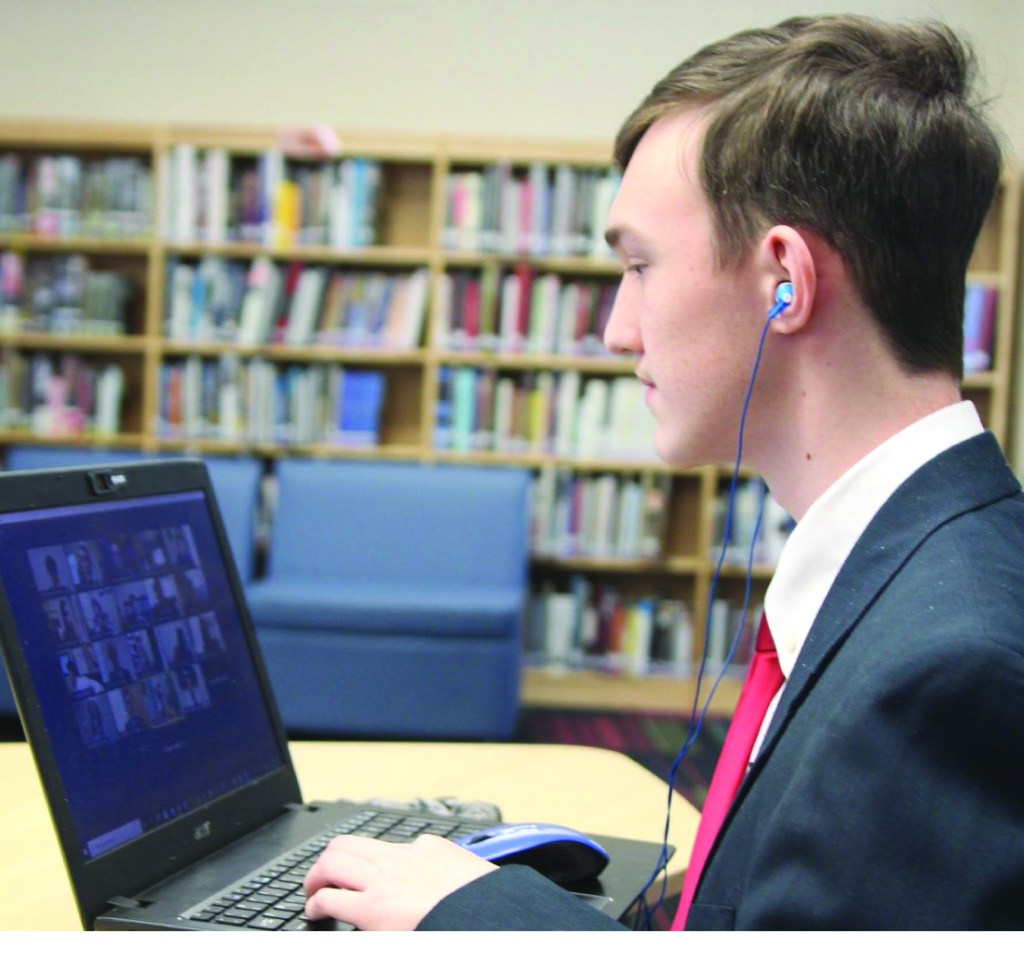 When the Davie High School Mock Trial Team was announced as the regional competition winners, the team members were proud. They spread the news every way they could.

Then the bad news came. The judge had announced the wrong school as the winner.

Then the good news came. Davie High would be invited to the state competition as an at-large participant. 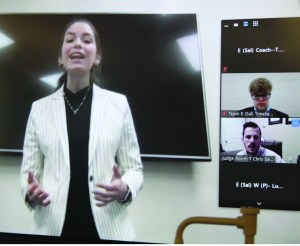 Tani Caudle, teacher and coach, said she was worried her team wouldn’t accept the invitation, but was assured the team’s score was high enough to warrant the state invitation.

“I knew my team, and I knew they might feel like that was a consolation prize we did not earn,” Caudle said. “The Google Meet I called that night to tell my team the bad news was one of the hardest moments I have had in 26 years of teaching. We were devastated on so many levels. No words can really express that feeling and that night.

“But another beautiful moment happened. This team, in the midst of being knocked down by quite a blow, showed amazing resilience. A wave of student leadership emerged – like it has all year. They at first felt, as I worried, that the at-large invitation was just a consolation prize. After I had the opportunity to speak with the president of the N.C. Mock Trial Program, she put our minds at ease. They felt confident we truly deserved to be at states.

“Our team rallied and found a renewed desire to win, so we accepted the at-large bid, and we went on to compete in the state competition – even more determined than we were before. I am so proud of this simply amazing team,” Caudle said.

“Our program is successful because of all of its moving parts. Our legal mentors (Judge Carlton Terry and Attorney Wendy Terry), generously dedicate their time and energy to our students, and our team members – past and present – have paved a way for each other by mentoring each year’s next generation of Davie Mock Trial.

“We work hard together, we are a team in every sense of the word,” Caudle said. “On our team, we don’t believe we succeed because of luck. Instead, we wish each other ‘good skill’ because that is something we can rely on and something we have worked toward.”

“I am so proud of the work and dedication of these young men and women,” Judge Terry said. “I has been my privilege to know them.”

“This group of young people gives me optimism for the future,” Wendy Terry said. “They are so talented, dedicated and hard working; the sky is the limit for their lives.” 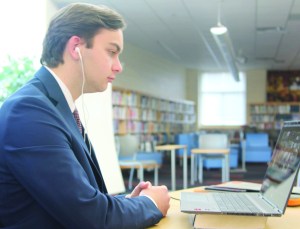 Owen Fender, portraying Dr. Kris Wessell, M.D., prepares to be in character for his direct examination. – Photo by Michelle Shue

In the state competition, the Davie team was the best of 12, winning two preliminary rounds before winning the final round on a 4-1 ruling – beating the team they had lost to in regionals on a 3-2 ruling. Jackson Trivette won best attorney award in the first two rounds, and Owen Fender won the best witness award in the final round. It was presided over by N.C. Supreme Court Chief Justice Paul Newby.

“Considering what happened early in the year, winning the state competition felt like living through a movie script,” said team member, Aiden Booth.

“Winning state was a surreal experience,” said Emma Green. “When our team name showed up on the screen, I was almost skeptical. Not because I thought we didn’t deserve it – we totally did – but because of the former miscommunication at regionals. I’ve never done any sports or competitive things other than Mock Trial, so I never had the experience of winning with a team. It just made it all the more surreal.”

“It felt amazing to bring the state championship to a public school for the first time in over a decade, and to Davie County for the first time ever. We went and we crushed the competition like we knew we were capable of,” said Owen Fender.

“My favorite moment was when the Supreme Court Justice gave our team lots of compliments,” said Luca Iacopi. 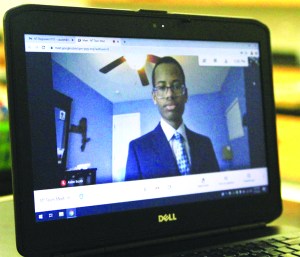 Ethan Page said he went into the competition with no expectations – just a desire to do his best. “Then, after realizing we could win, that all went out the window and I was incredibly nervous. I doubted that we would ever make it this far the entire time, so to actually win the state finals was shocking. I’m overjoyed about how wrong I was.”

All of the competitions have been held remotely, as will the nationals May 13-15. Students will compete from devices on the Davie High campus. They have five to six weeks to prepare.

Mock Trial is when two teams compete against each other, going through the courtroom procedures of a real trial. Cases switch from criminal to civil. Each team has three attorneys, three witnesses and a bailiff/timekeeper.

The Terrys have worked with the team for three years. Prior to that, attorneys Rob Raisbeck and Brandy Koontz served as legal mentors. Davie High was runner-up at regionals last year, and third the prior year.