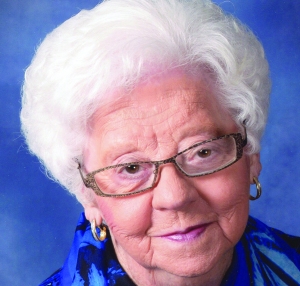 She was born on Sept. 11, 1934 in Davie County to the late Charlie and Ella Smith Hege.

She attended Shady Grove High School and then worked a short time at Hanes Hosiery and attended Winston-Salem Beauty College in the evenings. After graduation, she embarked on a lifelong career as a hairdresser. In 1952, she married Lee Maynard Seaford who preceded her in death in April 1993. She loved her church and her family and was known throughout the community for baking, which was her way of serving and showing love to others. She had many titles in her life including mom, sister, and friend, but the title she adored the most was Memommy. She was lovingly known by this not only by her grandchildren, but by many who knew her and as her great-grandchildren came along, she fondly took on an additional title of GG.

A funeral service will be conducted at 2 p.m. Tuesday, March 30 at Fork Baptist Church with the Revs. Ken Evans and Craig Seaford officiating. Burial will follow in the church cemetery. Friends may pay respects from 4-8 p.m. on Monday, March 29 at Eaton Funeral Home.