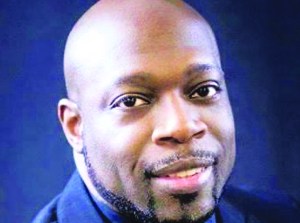 He attended the Davie County Public Schools and earned his diploma from Davie County High School in 1995. He attended Winston-Salem State University, where he played football on scholarship. In 1999, he received dual degrees, one in accounting and the other in management information systems. In 1998 he met  his wife, DeShanna (Shanny).  After dating for about two years, on May 19, 2000 they were married.

He spent the majority of his career in the IT industry where he managed network operations for health care and property management organizations. His entrepreneurial spirit led him to ownership and partnership in several business ventures. He was a leader blessed with wisdom and knowledge beyond his years. His smile was contagious and would light up any room. He never met a stranger and was willing to lend a helping hand. He loved to do many things; however, it was sports, traveling and exotic fish collecting that found a special place in his heart.

He was ordained as a minister while serving the Ambassadors for Jesus Christ ministry in Cleveland, NC. In 2010, he and his family moved to New Jersey where they joined and served at Bethany Baptist Church under the leadership of Bishop David G. Evans. In 2014, he earned his master’s degree in religion from Liberty University Baptist Theological Seminary.  In 2016he was elevated to 2nd Assistant to the Bishop and was ordained reverend in 2017. Though he served as the iPastor to Bethany’s internet church community and co-director of the Linked Couples Ministry, he was a servant-leader who was always willing to fill in wherever needed.

He and his wife were inseparable. He was a loving husband and father who adored Shanny and their three children: Jonathan Jr (Jay-Jay), Jaden, and Jaila. He loved being silly with the kids by reminding them of his swag and showing them he could keep up with any new dance moves created. He also made them laugh by talking to them using many of their slang words. The more you told him he wasn’t doing or saying it right, the more he did it.  He specialized in doing it wrong to keep you laughing.

He was preceded in death by his father, the late Rev. H. Matthew Vaughters Sr.

Public viewing was Tuesday, March 30 from 11 a.m.-noon at The  Reach Church with a private homegoing celebration to follow.  Burial followed at Rowan Memorial Park.