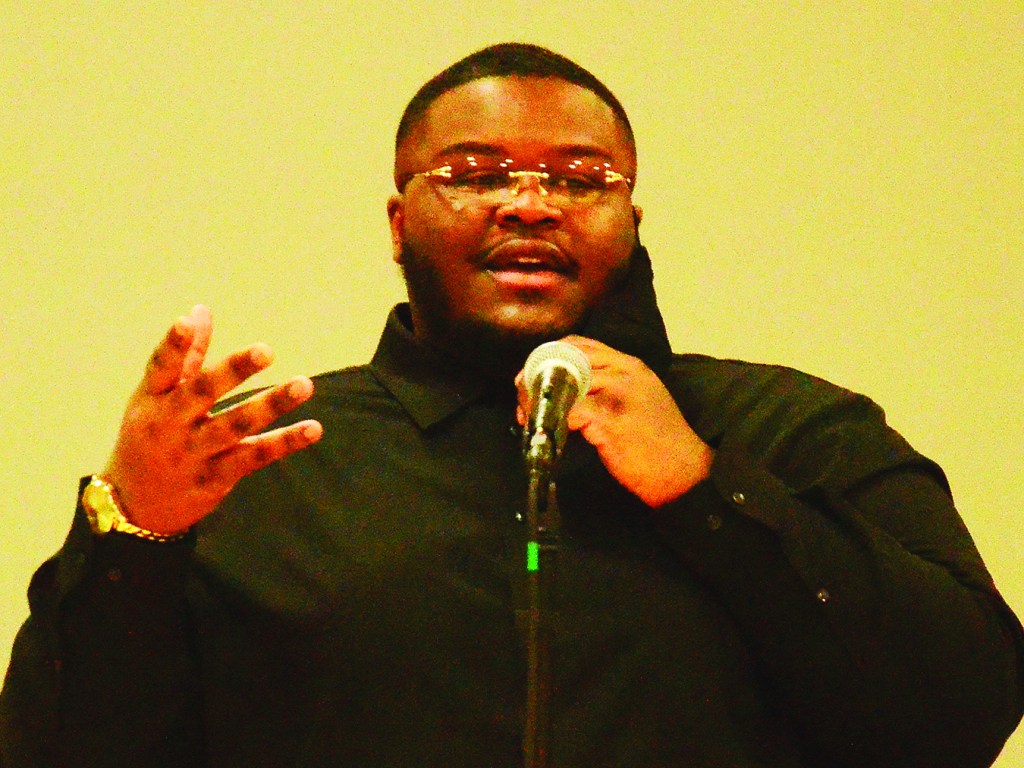 It’s a project to help increase the amount of respect folks show one another in Davie County. And it’s starting with our young people.

It doesn’t hurt that the Davie Respect Initiative puts in $10,000 every year to help these young people carry out their projects.

The newest Ambassadors of Respect: PJ Peck and Macy Smith. Both were awarded $1,000 for their projects at a recent special event.

PJ Peck, active on social media, decided to start the podcast “Conversations,” in which he interviews local people such as the police chief and the mayor. His most recent focus has been on children and teens suffering with mental health issues.

“If you look at the world now, mental health problems are on the rise, including among teens and kids in school,” he said.

His “conversations” are being held with mental health professionals and local clergy. “We are going to get through this, somehow.”

He was presented his award by Mocksville Mayor Will Marklin, who had been a guest on his podcast.

“I would love to find a way to get all adults on board with this,” Marklin said, adding that he wasn’t sure what to expect when PJ called him for an interview.

Macy Smith is contributing to the Davie County Recreation & Parks youth volleyball program so young people can learn the same life lessons she did playing the sport. – Photo by Robin Snow

Macy Smith grew up playing volleyball in local parks and recreation programs. It not only taught her the sport she loves, it taught her life lessons such as teamwork and respect.

Her project was to raise money to buy new volleyball equipment for Davie Recreation and parks.

“I learned how to win and how to lose,” she said. “I learned the importance of encouraging words.”

She donated the equipment, some of which she also helped assemble, “so they (next generation of volleyball players) learn the many life lessons that volleyball taught me.”

Recreation and parks director, Paul Moore, presented her the award. “It’s amazing to see the impacts we create have come full circle,” he said.

Maddie Rogers, 15, a two-time Respect Initiative winner is now an Ambassador of Respect.

“I have seen the entire community come together,” she said. The initiative inspires a cycle of philanthropy among young people. She called her experiences “enlightening.”

“The main idea of respect is increasing productivity and enhancing quality of life,” she said.

DRI volunteer Daniel Loeb was the emcee for the awards presentation.

“I hope you are encouraged as much as I am by what you’ve seen and heard today,” he said. “We’re pleased and proud to call Davie County home. We need to highlight these young people who have positive ideas. This really is a good and united idea to help our youth flourish.”