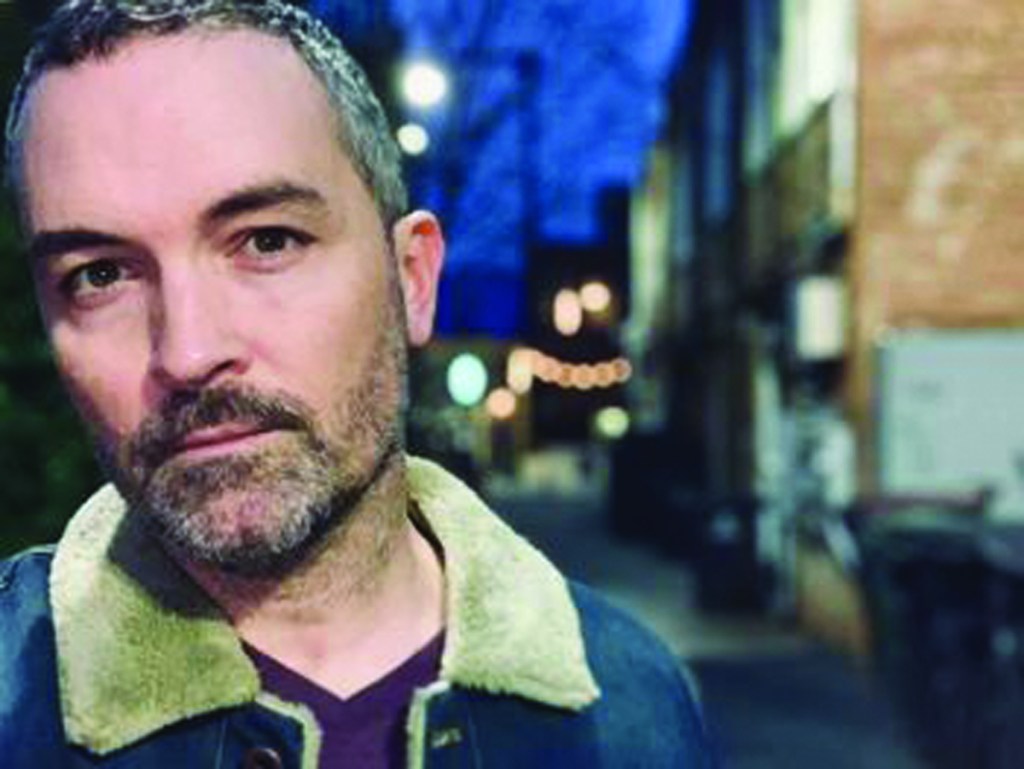 For James Vincent Carroll, music is in his blood. His grandfather, who died before he was born, was a musician. His dad, whose day job was working for Southern Bell, was a musician, and would sneak his young son in the back doors of bars all over the Triad to watch him play guitar.

“Watching him play guitar made me want to play guitar,” Carroll said. “He was my first musical inspiration.”

Carroll’s oldest son is also an established musician so it doesn’t look like the talent-by-blood will run dry any time soon.

Carroll, 45, grew up in Wilkes County skateboarding and playing garage music. When he was 16, he began traveling from church to church to play, thinking someday he might make a living with his music. In 2007, he moved to Davie County, but music was still a sideline while he earned a living as an apartment leasing manager. The more evening and weekend gigs he played, the more calls he got, and in 2013, he made the decision to become a full-time musician.

“That was about the time the wineries starting blooming. I got a call to play at a winery, and the next thing I knew, I was playing at hundreds of wineries. That’s when I knew I could do this full time,” he said.

Carroll’s music, a mix of classic rock and country covers and original material, delivered with his “whiskey rasp” appealed to multi-generational audiences, and his calendar reflected that, with him playing at bars, restaurants, and wineries across Davie, Forsyth, Guilford and Wilkes counties.

He has also become a mentor to younger musicians, helping them get gigs, build their websites and coaching them on the promotional side of the business.

“I love other musicians, especially the younger ones, and I really gravitate to the ones who are doing this full time. Because I know what they’re thinking, I’ve been there.”

Carroll also has a recording studio in his home.

For six years, his calendar was jam-packed.

His last event was March 16, and suddenly, his calendar was empty.

“I went from playing over 240 shows a year to losing 66 events in four months. It was mentally and physically harder on me than I ever expected, and I consider myself to be pretty strong.”

Carroll said he thought as many other people did, that Covid would be gone in a matter of weeks to a month or so at the most. But as the days and weeks dragged on, the gravity of the situation really got to him.

“I was thinking Ok, so I’ve lost 66 events but how many venues were affected? How many people at those venues lost their jobs, how many people lost their businesses? It really got to me but then I started seeing how people were coming together to support each other, and there was beauty in that.”

To pay the bills, Carroll did live Facebook videos with a tip link and said that’s how he paid his rent. As his own show of support, he vowed to patronize local businesses and encouraged his fan base to do the same. One day, he decided to drag his entire PA system out onto the deck of his apartment and played a two-hour concert for his neighbors.

“Everybody came out. Kids were out riding their bikes and scooters, people brought out lawn chairs, they were throwing rolls of toilet paper up to me. It was amazing.”

Finally, on May 23, 2020, he was able to play a public gig, and since then, he has only gotten busier. In fact, he said he is working more now than before Covid hit.

“I’m playing four to five shows during the week and two on Saturday and two on Sunday,” he said. “Before Covid, if I had two shows on a Saturday, I’d be like Oh I am going to be worn out after that but now, I come home from the shows and write songs in the studio. I feel more grateful now than I did before.”

With his bookings showing no signs of slowing down, Carroll considers his future.

“My Dad stopped playing for health reasons. I’m sure at some point I’ll have to slow down but I’ll never stop. It’s one thing to love music but it’s another thing when it’s your livelihood.”