Down the Mountain taking on guest members, bigger audiences 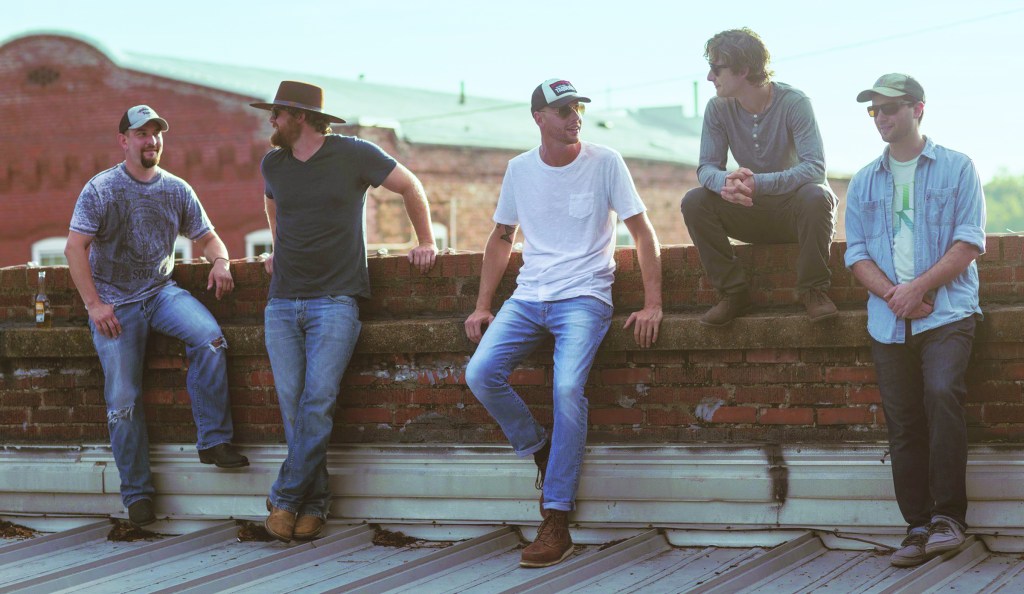 Ten years ago, Justin Thompson and Kenny Orsillo started getting together to jam a little.

Justin’s raspy voice and innate ability to make the guitar speak his language, combined with Kenny’s almost metaphysical banjo strumming, couldn’t really be contained in a basement. It needed to be able to morph into something bigger, but they were just teenagers.

It took about seven more years of maturing and honing those innate abilities before Down the Mountain officially formed.

Kenny said, “Justin and I started playing together, and Nate (Brown, drummer) came around sometime after that. A couple years later, Jordan (Fariss, bassist) showed up. The stars just sort of aligned.”

Nate was 14 when he started playing the drums, admitting he wanted to “be like Peter Criss from Kiss,” and Jordan said he has been “obsessed with music since I was old enough to hold an instrument.”

Kenny said how the name for the band came about is like folklore.

“There’s a few different answers for that, but the story goes that Justin and Nate were riding down the mountain when Justin was moving back home from Boone, and he uttered the words ‘down the mountain,’ and it stuck.”

All but Nate grew up in Davie County and have cultivated quite a following since their first gig, which taught them they weren’t quite ready for a big crowd.

“It was Music on the Square in Mocksville,” Justin said. “We quickly learned we weren’t quite ready to play a gig of that size. We hadn’t practiced enough and didn’t have the right gear for an outdoor show of that size. Now, we’ve probably got close to 100 shows under our belts and would love a redo.”

The band describes themselves as Americana/folk/rock/blues, a mixed bag of all their musical influences, which include Trampled by Turtles, The Grateful Dead, The Avett Brothers, and Elton John. When they started, they mostly covered other artists but have moved into more original music. At a recent event, they played a song they’d just written the week before and judging by all the toe-tapping and nodding along that was happening, it was a huge hit with the crowd.

They also welcomed a guest player onto the stage, Jamie Harper on the fiddle. “We call ourselves the Core 4 but we love it when people join us to play,” Justin said.

One of their fan favorites is an original, Creek Don’t Rise. Justin said that one usually gets folks on their feet.

“We also cover some Avett Brothers tunes that people seem to dig,” he said.

When they aren’t working at their day jobs or playing gigs, the band has been spending some time in the recording studio.

“We’ve been very fortunate to have had some professional help from a couple different folks,” said Justin. “We recorded some tracks with Rocky Lynne at Tone Studio in Statesville, and it was a great experience. Our bassist Jordan has a small studio in his house that we’ve recorded a few demos in, and we are currently working on a live studio album with Jeff Cranfill from SES (Special Event Services).”

Along with Lynne and Cranfill, the band is thankful for the support from their “DTM crew” that goes to every one of their shows, their manager Maggie Hendrix, who Justin said is a “good friend and a legend,” Jessica Barney, their families and friends and all the artists they’ve been “lucky enough to share stages with the last couple of years.”

When asked what their hopes are for the band in the future, Justin said, “Our main goal is to be proud of the music we create. We also strive to give our fans a unique and entertaining experience while staying true to our roots.”

More information about the band can be found on downthemountainband.com, on Facebook and Instagram. Their music is also streaming on Spotify, Apple Music, Google Play, and Amazon, as well as on other platforms.

His & Hers balancing family life with love of…