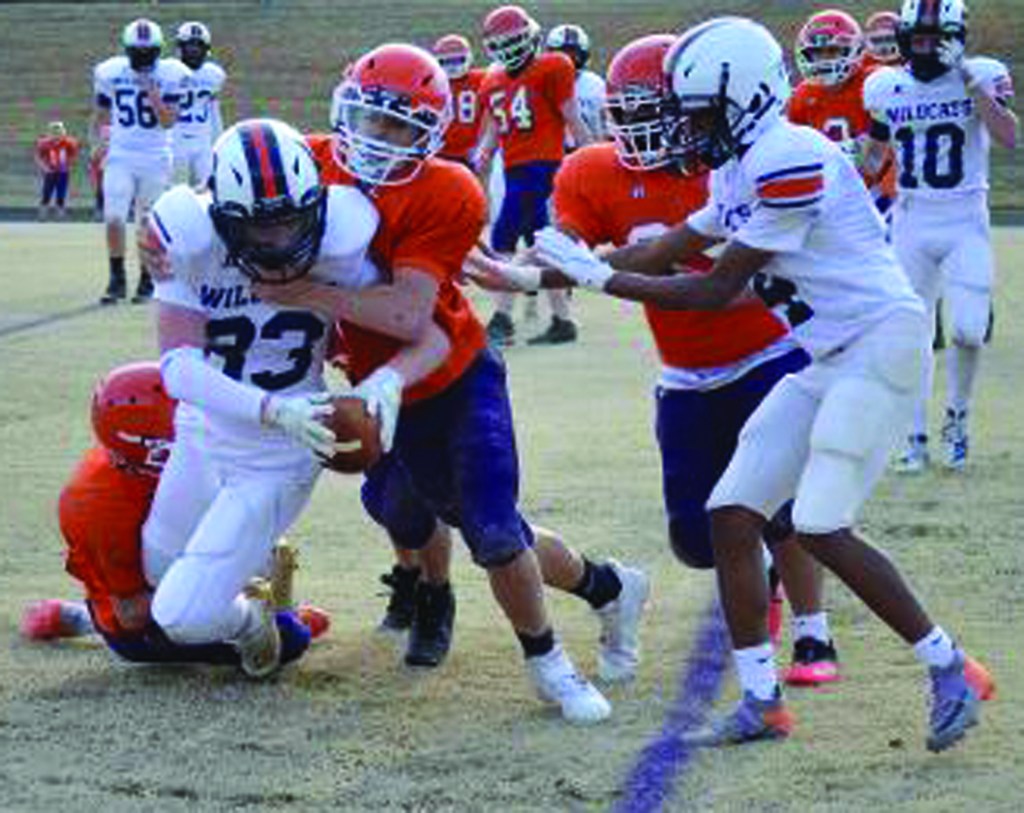 “I think they had the ball six times and scored six times,” Ellis assistant coach Mike Dinkins said. “You just tip your hat to them.”

North took the ball first and quickly grabbed an 8-0 lead. Ellis was ready to answer on its first series. Aaron Kotas provided hope by breaking a 60-yard run to the end zone, only to see the play called back by an inadvertent whistle. The Jaguars could not recover from that deflating moment.

“(Kotas) kept running and scored a touchdown,” Dinkins said. “They said it was an inadvertent whistle and the play was dead. We ended up having to punt the ball.”

North quarterback/safety Coy James performed in usual fashion, accounting for four touchdowns (two passing, two rushing). But it was his defensive prowess that impressed coach Timmy Allen the most on this day.

“Coy played unbelievable at safety,” Allen said. “He played excellent at quarterback, but at safety he was the eliminator. He cleaned up everything. He had some big hits. I think he likes safety more than quarterback. He’s always looking to come in and clean up a play. He’s not your typical quarterback in that aspect; he loves contact.”

Hood’s score was on a slant route. “That was a beautiful play,” Allen said. “He split the safeties.”

An interception by King might have been the catch of the day. He returned it 35 yards to the Ellis 5. “It was a beautiful, over-the-shoulder, fingertip catch,” Allen said.

“The offensive line blocked extremely well,” Allen said. “They are executing at a high level. We had a lot of long runs that wouldn’t have happened without the offensive line.”

Although the Jaguars endured the worst loss in their 14-year history, there was one bright side: Running back Archer Richardson (11 carries for 45 yards) competed admirably.

“Ellis had a good game plan,” Allen said. “They were grinding the ball down the field, and we had to step up and make some plays. (Richardson’s) as good as anybody. He played four quarters of football. That’s a tough kid. Davie is going to get a good ballplayer with him. He didn’t shy away from contact. He lowered the boom and we had to come up and make plays.”

Notes: North has a three-game winning streak in the series. … After edging South Davie 8-6, Ellis (1-1) had a bye week and then played its first game in 13 days. … Ellis coach Joe Brunelli cited Luke Wayne and Connor Dixon on defense. “Luke and Connor played great games,” he said.