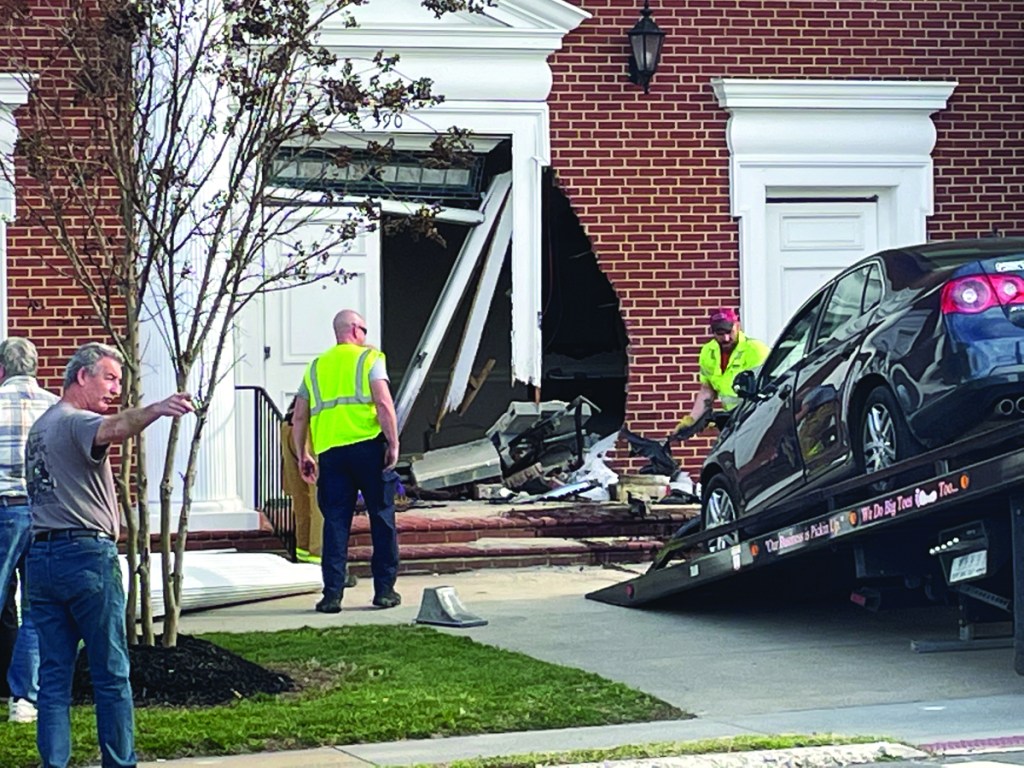 The car is removed after crashing into the church. - Photo by Ray Tutterow

A Mocksville man faces two charges after a car he was driving crashed into the front of First Baptist Church on North Main Street in Mocksville at 3:32 p.m. March 9.

Thomas Hall Neely Jr., 39, of US 601 South, Mocksville, was charged with careless and reckless driving and driving while license revoked. He was taken to Wake Forest Baptist Medical Center for treatment of injuries.

According to a report by Mocksville Police Officer L.M. Sowers, Neely was in a parked 2007 Volkswagen at the Davie County Public Library parking lot. It traveled 158 feet total, going across the parking lot, across North Main Street and knocking down a decorative column in front of the church before hitting the building.

Witnesses told the officer the driver had revved the engine before it took off. The driver, they said, was still breathing but unresponsive, with pinpoint pupils.