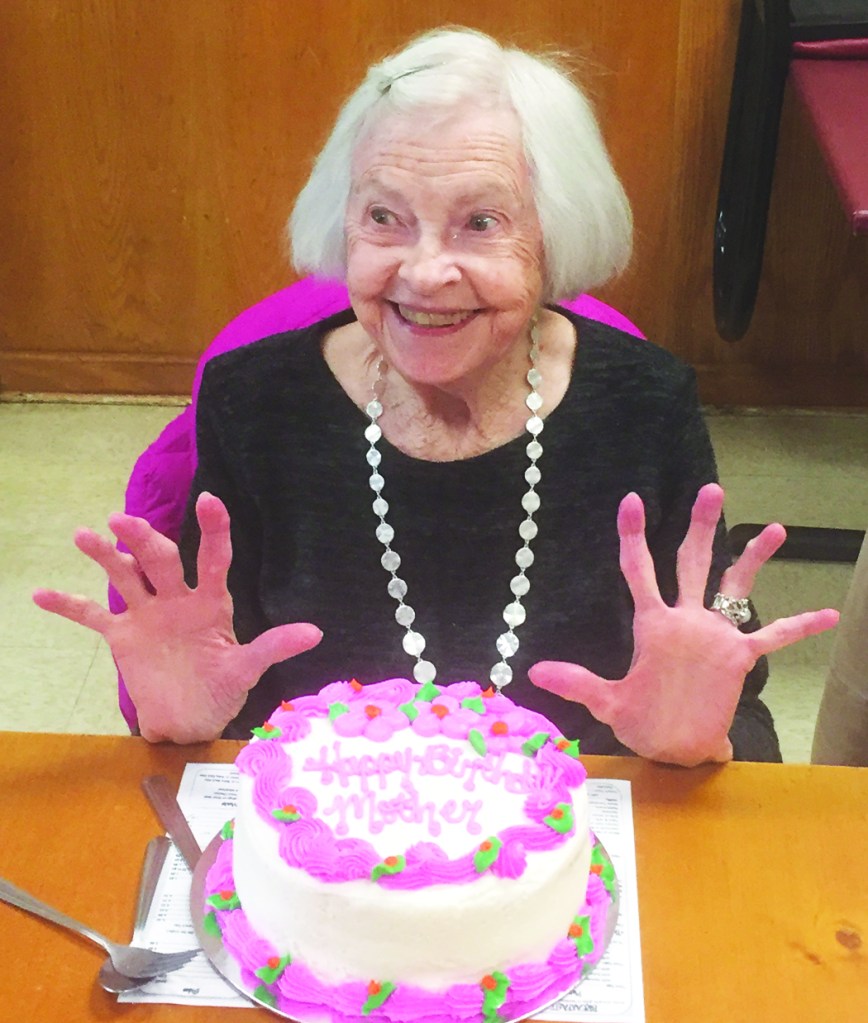 That 18-year-old girl could never dream what her future would hold. She would be married for (and unfortunately widowed after) 61 years of marriage to Norman “Popeye” Smith.  They would have four children and five grandchildren.

Fast forward 81 years to March 2, 2021 and that girl, Ella Barney Smith, would be celebrated by her family as she turned 90 years old.

A party was given in her honor at Kent’s Kitchen. Attending were her children: Dwayne Smith, Shanda Smith, Vanessa and Billy Carter, and Taran Smith. After the meal, presents were opened and a cake was served to the birthday party and staff, who were most attentive to the guest of honor.

“We feel blessed to have our Godly mother/grandmother to celebrate. She has been a blessing to so many people – family, friends, neighbors, and church family,” said Shanda Smith for the family.

This is not the first time she has been featured in the newspaper for her birthday. The following is from the March 11, 1949 issue of the Mocksville Enterprise: