‘Whiz’ lights out with 21 Ks in first two college starts 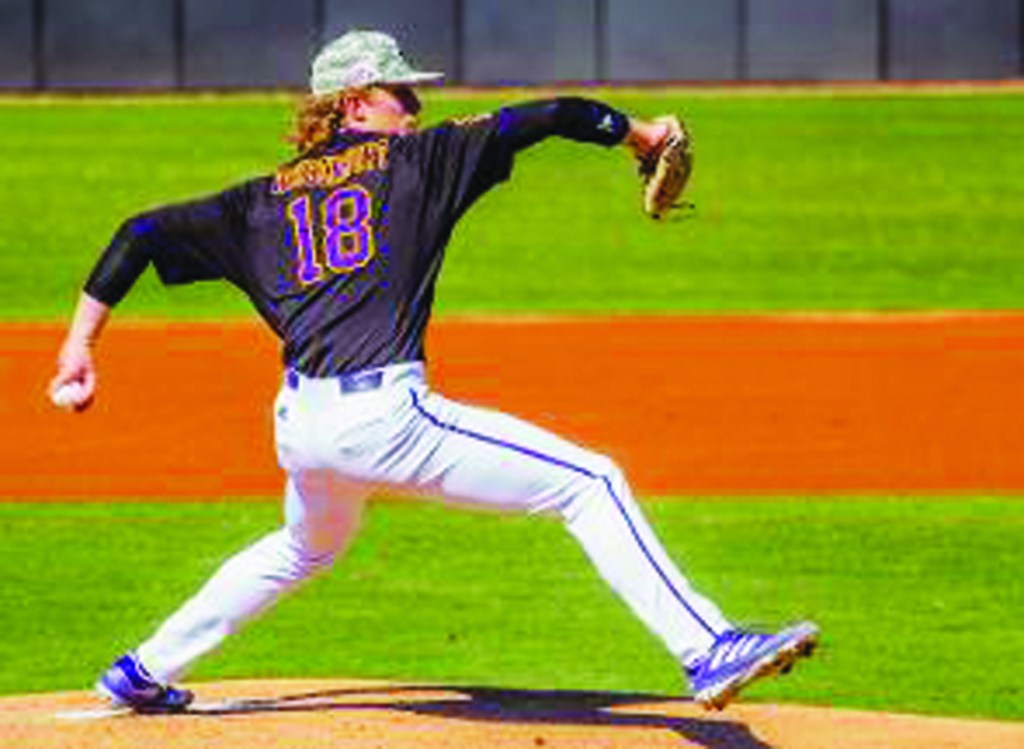 It’s quite early in the college baseball season, and we all know the hazards of making loud, fist-on-table conclusions based on small sample sizes.

But, with that said, Carson Whisenhunt of Mocksville is off to an absolutely absurd start as a lefty starting pitcher for East Carolina.

In his first college start on Feb. 21 against Rhode Island, the freshman walked one and struck out 10 in four innings. While the Pirates romped 12-4, Whisenhunt became the first ECU freshman since 2017 to post 10-plus strikeouts in a game.

He pitched even better during a 9-2 road win over Georgia Southern on Feb. 28.

In 6.2 shutout innings, he allowed four hits, walked one and fanned 11 to pick up his first college win.

“He stood on the mound and said: ‘Hey, you’re not going to win today (after the Eagles beat ECU 10-7 the day before),’” coach Cliff Godwin said. “I think every time out he gets more confidence. I’m really proud of him.”

ECU freshman Josh Moylan was named AAC Player of the Week, while Whisenhunt was selected to the honor roll for the second straight week.

Godwin pulled him after 95 pitches.

“His back tightened up on the last batter he faced,” he said. “Of course, he wanted to stay out there. We’ll get him some treatment and get him ready to go Sunday (March 7).”

Whisenhunt is not the only link to Davie on the ECU roster. Fellow freshman Garrett Chandler is a reserve outfielder. He had a memorable moment during a 13-2 home win over Appalachian State on March 5, pinch hitting, playing center field and getting his first college hit in the eighth inning.