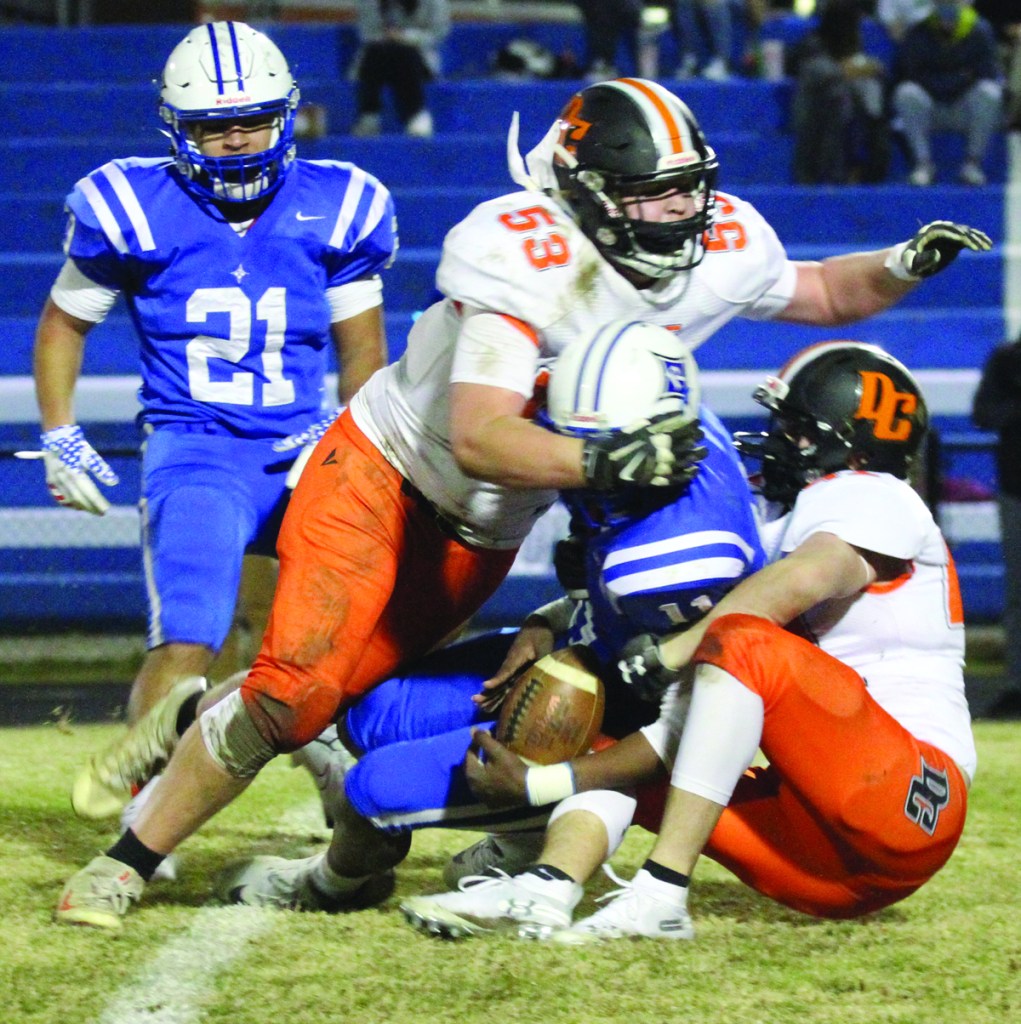 Yes, the War Eagles have a shining chance to go to 2-0 in their home opener on Friday night at 7 against West Rowan. But they must keep chopping wood because they’re going to see a much different West team than the one that was shredded by Salisbury.

The Falcons’ basketball team advanced to the third round of the playoffs, so their football squad was missing some key pieces last week.

The quarterback (Noah Loeblein), the left tackle (Josh Noble) and a defensive lineman who has committed to Georgia Tech (Zeek Biggers) were playing basketball when West met Salisbury. The basketball team lost in the third round, so that trio is in pads this week.

What’s more, West lost its No. 2 quarterback to injury on the second play of the game. Lucas Graham completed a 50-yard pass on the first play; he sustained a shoulder injury moments later and spent the rest of the night on the sideline with his arm in a sling.

It all made for a rough night for coach Louis Kraft, who lost his coaching debut at his alma mater.

Notes: While only 100 fans were allowed at Thursday’s Ragsdale game – and all 100 were Ragsdale fans – Governor Cooper loosened up outdoor restrictions on Friday and therefore Davie will be able to host 30-percent capacity in War Eagle Stadium. … This is a revenge game for the War Eagles, who suffered narrow defeats to West the past two seasons (38-31 in 2018 and 24-21 in 2019). Davie does lead the all-time series 29-20-2. … This will be the final nonconference game for Davie. … Come playoff time, each classification will include 32 teams instead of 64, with the 32 teams evenly split into A and AA subdivisions based on enrollment. Conference champions will qualify automatically, as will second-place finishers in conferences with at least seven teams. (The Central Piedmont Conference has six teams.) Once those teams are in and seeded via a random draw, wildcard teams will fill out the brackets.