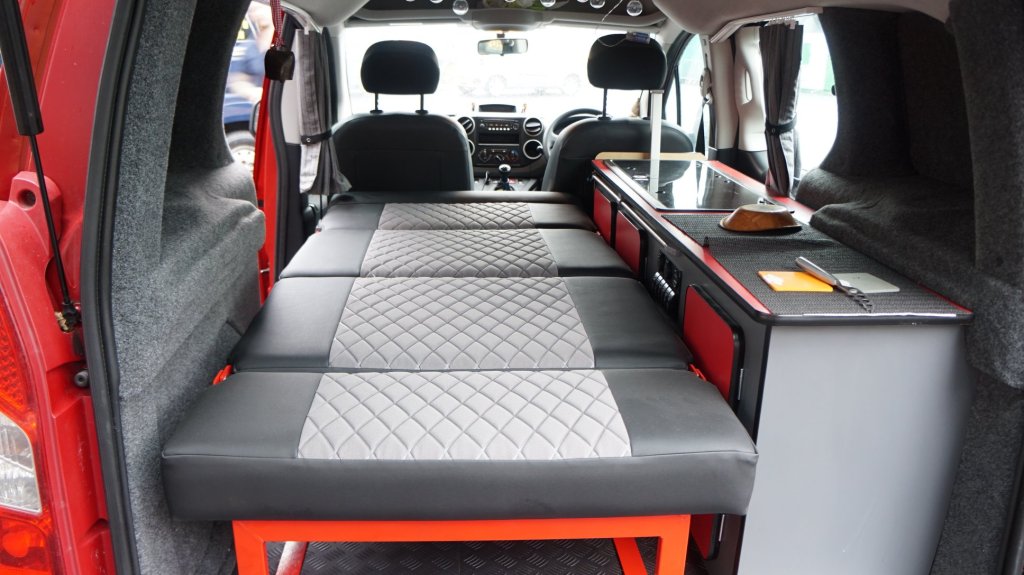 Have you ever wished to convert your vehicle into a comfortable place to sleep on the road?

FabworX, a UK company opening its US headquarters in Mocksville in March, can help make that dream a reality.

For the past four years, the company’s 15 employees have manufactured a line of car/van seats that convert into beds at a 10,000 square-foot facility in Chesterfield, UK. Its new facility at 195 Ken Dwiggins Drive will triple its production space.

“While many would say that expanding during a pandemic is crazy, when you’ve got a good idea, you go with it,” Mullen said.

Available in a variety of widths and sizes, Rock and Roll Bedz offer six reclining positions, including laying flat. Models range from manual to fully electronic. Although the seats could fit in a large SUV or mini-van, the primary market is cargo-sized vans that are being converted into livable space.

“Our goal is to provide a comfortable seat and the best night’s sleep,” said Mullen.“We focus on doing one thing and being the best at it.”

Mullen’s found his calling when “vandwelling,” a lifestyle of living full- or part-time in a converted van, became the rage in the UK. Convertible beds are now a fierce market there.

He was shocked when he couldn’t find anyone in the US making a similar product despite the increase in the number of Americans interested in vehicle conversions.

He hopes to get the company’s name out quickly and would like to sell at least 100 beds a week in the US.

FabworX ships worldwide and has customers in Australia, Zealand, and Germany. The company also ships to the US and Canada and has distribution teams in Arizona and Canada.

Over the past two weeks, Mullen has shipped beds to Dallas, California, and Vancouver, but the price tag has been cost-prohibitive for many American consumers.

He said that shipping entire containers of parts to be assembled in Mocksville would be much more economical. He chose the area because of its excellent logistics.

Davie County is located within 800 miles of 60 percent of the US market and offers easy access to international airports, rail, and Wilmington’s port. Davie County is bisected by I-40, with I-85 and I-77 only minutes away.

Eventually, he plans to manufacture all of the parts used in products for North American distribution here. He also hopes to one day build conversion vans at the facility. “Start small but think big.”

“It’s exciting to add another international company to our growing list,” said Terry Bralley, president of the Davie County Economic Development Commission (DCEDC). “The US is still the largest consumer of goods in the world. I believe we are now seeing a regional approach to manufacturing in which the goods are produced in the region where they will be consumed.”

To apply for a job, email liam@fabworxuk.com.

Planning board says no to big solar