Williams’ 47 points not enough in losses 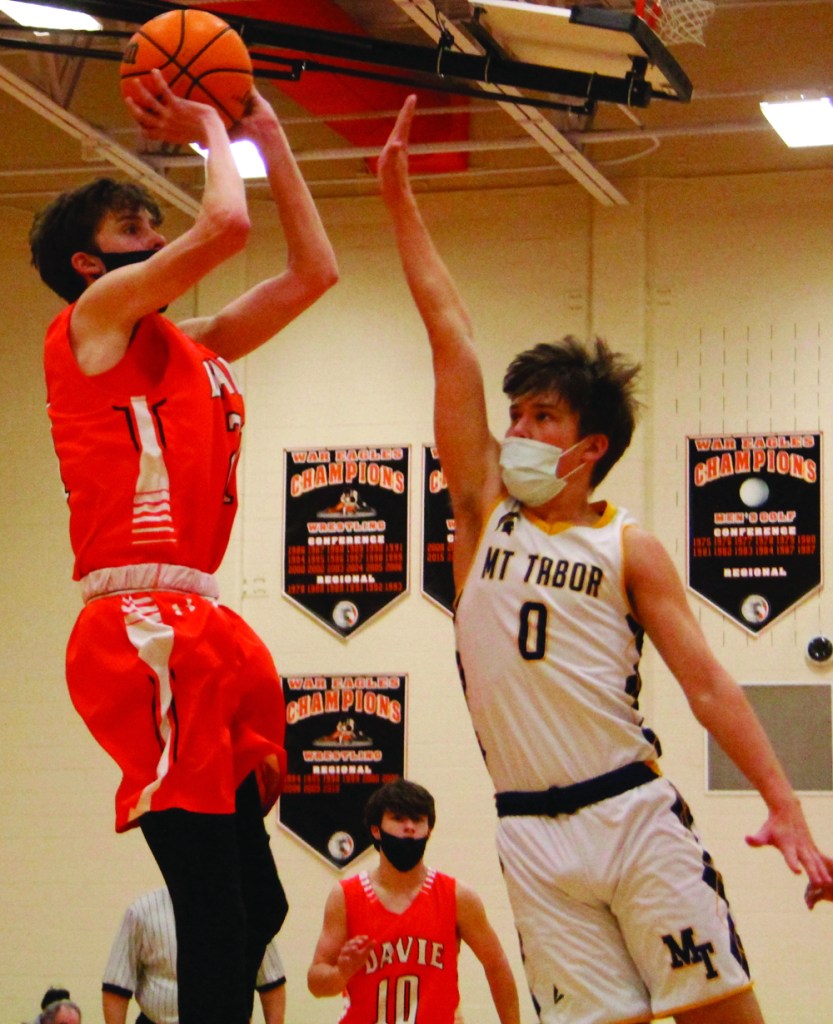 Gavin Williams was the go-to man with a 21-point average.

A 12-0 deficit was too much to overcome for the Davie freshman basketball team against visiting Mt. Tabor on Feb. 3.

This was the rubber match. Tabor won the first meeting by 17. Davie responded with a three-point win before being idle for six days.

When the teams met for the third time on Davie’s floor, the War Eagles dug a deep hole in the first quarter, resulting in a 51-42 loss. They got back within striking distance before halftime behind offensive lifts from Gavin Williams and Ty Matthews.

Davie chopped an 18-point deficit all the way down to four.

But after climbing within four, Davie threw the ball away twice and did not recover.

“We dug such a big hole right off the bat,” Dinkins said. “It wasn’t like we weren’t getting shots.”

The final game of Davie’s season was a shocker. When Davie and Atkins met on Jan. 19, the War Eagles raced to a 16-0 lead and won by 21. The Camels, behind a 33-point scorer, returned the favor at Davie on Feb. 6.

“We missed a ton of free throws in the first half, and it came back to bite our butts,” Dinkins said. “We just couldn’t stop (the player who scored 33).”

After trailing by 12, the War Eagles came roaring back. They even had a three-point lead with 1:40 left in the fourth quarter. Then they were behind by three. Davie scored, forced a turnover and had the ball down by one. Williams was fouled with 2.2 seconds left. He hit the first to tie the game at 63, then missed the second to set up overtime.

Atkins pulled away in OT to spoil a 25-point performance by Williams, who again knocked down three triples.

“They hit eight out of nine free throws in the last two minutes, and we had three to foul out,” he said.