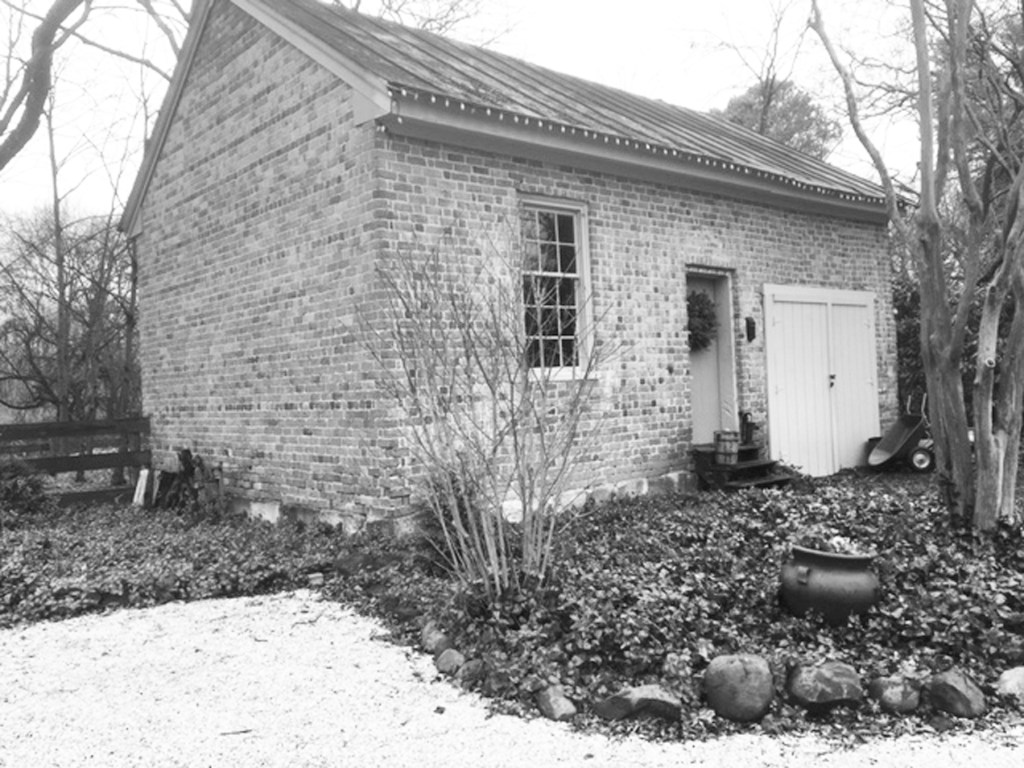 Mocksville Academy as it appears today.

Teachers have never been more appreciated than now as they struggle to creatively alter their techniques to work online or take risks to enter the classroom.

When asked what my book “Davie County Mavericks” is about, I answer with this quip – three local mavericks who changed history plus a mysterious Frenchman because every book benefits from a mysterious Frenchman. It is a corny line but exactly what happened when Peter Ney came to Mocksville in the 1820s. He was a surprise then and continues to be a mystery now.

This stranger was informally recruited to teach in Mocksville after he just showed up, seemingly out of nowhere, one day and diplomatically broke up a fight. That diplomacy, along with his accent, should have been the first clue to his past but more importantly, he demonstrated skills local parents found desirable in a teacher and role model for their sons in the Mocksville Academy.

The town fathers organized and built the Mocksville Academy in 1827-28 for the express purpose of educating boys. The structure was built to last with double brick walls on a cut stone foundation and two fireplaces; it still stands square today. There was no public education yet so the school was private and charged tuition, making it available only to those who could afford it.

Records indicate that Ney was paid $200 for teaching a school term, which often lasted 10 months, and he was known to pay tuition for those who could not afford it out of his own salary. He boarded with local families like the Meroneys, as was then the custom.

Ney was unconventional as he introduced these impressionable farm boys to subjects not usually on the curriculum such as French poetry, flute, painting and fencing (the sport, not the building of barriers on farmland they knew).

His favorite subject, however, was military maneuvers and colorful stories of Napoleon’s artillery conquests found their way into every lesson. Military history was either an obsession with him or he had acquired first-hand knowledge.

He also designed the seal that Davidson College still uses. It includes a distinctive sword that very much resembled one that Napoleon awarded to his cavalry leader, Marshal Michel Ney.

So was Peter Ney a better-than-average educated Frenchman or was he Marshal Ney in hiding after supposedly being executed by his own troops, who may instead have secreted him out of France? Did he create a new version of his name (since Michel Ney was already a legend)? It would also hold clues since Peter was the name of Michel’s father and his mother’s maiden name was Stuart which he adopted as his middle name (she was Scottish which might also explain his perfect English with a Scottish accent as well as his attachment to the Presbyterian church).

There is no legal record prior to 1819 in American census, etc. of a Peter S. Ney; he simply did not legally exist before he arrived in Mocksville.

As time went on, he claimed to be the legendary soldier, especially when “lingering long at the cup” or caught off guard by news of Napoleon’s death.

Those tending him on his deathbed took a written statement to this effect that has been lost to history.

Whether he was just hiding in this remote town in hopes of being able to return to France one day upon Napoleon’s return to power from exile or he had truly adopted this as his new home, he lived here for the rest of his life.

He died and was buried just outside Davie County at Third Creek Presbyterian Church cemetery in Rowan County, where he taught his last class in the new chapel that later witnessed his funeral.

Peter Ney so impacted his students that a group of them, later as older men, pitched in to build a memorial to him at his grave. They, who had spent the most time with him, truly believed he was who he claimed to be. The plaque reads “A Native of France and Soldier of the French Revolution under Napoleon Bonaparte.”

Was Peter Ney an imposter?

His body has been exhumed twice since his death in an attempt to determine his true identity, once in 1887 and again in 1936. Both times judgments were inconclusive.

Comparisons of his handwriting also offered mixed results. However, our century offers scientific tools. While Michel Ney has no living descendants, the burial places of his sons are well documented so DNA could be compared and, once for all, lay to rest whether we have a French legend buried here or simply a teacher extraordinaire.

The French government, previously insistent that Ney was buried under a monument in Paris, began a project a few years ago to determine the graves of missing national heroes; this included plans to come to a hillside in North Carolina in 2020 to collect Peter Ney’s DNA. Some health department requirements delayed the process and then COVID halted it indefinitely. We were that close to solving the mystery of Peter Ney’s true identity but another historical event, a pandemic, intervened.

He remains at rest and a mystery for now.

Not all mysteries in history can be solved but this one can and hopefully will be, with a little more time and the right conditions. The past is not dead and buried, just buried for the time being.