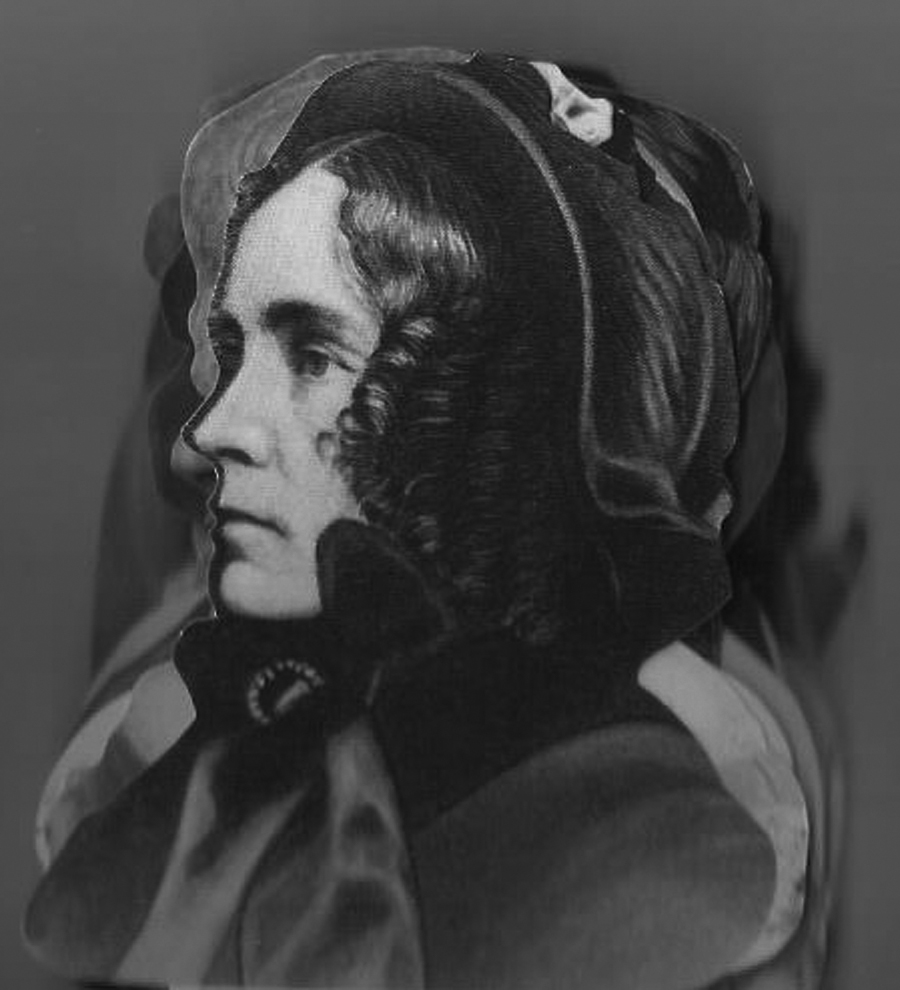 Jane Means Appleton was born in 1806 in Hampton, N.H. Her father was a Congregational Minister, who also served as the President of Bowdoin College, a private liberal arts college located in Brunswick, Maine. Franklin Pierce is one of the school’s distinguished alumni.

Jane Appleton’s father died when she was 13. Her mother took her to Amherst, N.H. to live with her grandparents. Jane met a young man, Franklin Pierce, who was either a lawyer or studying law.  Jane was a delicate, shy, religious young lady—in fact, an introvert.

Franklin Pierce was exactly the opposite. He was outgoing young fellow who was interested in politics.  The famous author, Nathaniel Hawthorne, who also attended Bowdoin College,  described Franklin Pierce as “a vivacious, mirthful, slender, boy of a fair complexion, with light hair that had a curl in it, his birth and cheerful aspect made a kind of sunshine, both as regarded its radiance and its warmth.”

These descriptions of Jane Appleton and Franklin Pierce seem to add credence to the adage, opposites attract.

The outgoing Franklin Pierce and the introverted Jane Appleton were not only attracted to each other, but they fell in love. Jane’s family objected to the relationship, but the couple got engaged anyway. Their engagement was a long one–eight years, just as the Abigail Powers/Millard Fillmore engagement had been. Jane and Franklin were married in 1834.

Jane and Franklin Pierce had three sons. The first child died a short time after it was born. The second boy died when he was 4 of typhus. The Pierces had a third son, who they named Benjamin. They called him Benny. Jane Pierce’s health was so poor that she couldn’t even do the housework so she devoted her time to Benny. She was also religious so she also spent time praying, reading the Bible, and attending services at the Congregational Church.

Because of his wife’s poor health, Franklin Pierce gave up his seat in the U.S. Senate and returned to New Hampshire. He once again began to practice law. After the Mexican War broke out in 1846, Franklin joined the military. At the end of the war, Pierce returned to his family.  For the next four years, the Pierce family lived in Concord, N.H. Those were probably the happiest years of Jane and Franklin’s marriage. Franklin practiced law, and his wife devoted her time to watching Benny grow up.

During their 1852 convention, the Democratic Party had great difficulty in choosing a candidate for President. None of the leading candidates, which included James Buchanan, Sam Houston, Lewis Cass, William Marcy, and Stephen Douglas, could get the necessary vote of two-third of the delegates  to be chosen as the candidate. Finally someone mentioned the name of Franklin Pierce, who had been out of office for several years and was not well-known. On the 49th ballot, Franklin Pierce was chosen as the Democratic candidate for the office of the President of the United States.

Jane Pierce was devastated by her husband’s nomination. The book, The First Ladies, by Margaret Brown Klapthor says, “His wife fainted at the news…..but the President-elect convinced Jane that his office would be an asset for Benny’s success in life.”  There was nothing Jane could do at that point but accept the fact that her husband might become President.

Franklin Pierce was elected the 14th President. Between the election and the inauguration, the unthinkable happened. The Pierce family was traveling on a train that wrecked and Benjamin Pierce, the Pierces’ only surviving son, was killed before their eyes. That was more than Jane Pierce could bear. From that day until the end of her life, she grieved for her beloved son.

Franklin Pierce was inaugurated as President of the United States without his wife being present. Jane Pierce was finally convinced by her relatives that she should move to the White House. She did move, but she spent almost all of her time in the White House family quarters  praying, reading her Bible, and writing letters to her deceased son, which he would never read. Jane did meet some of the obligations that were required of a First Lady, but her special friend who was also an aunt by marriage, Abigail Kent Means, helped her with the First Lady duties.

Franklin Pierce was not even nominated by his party for a second term.  Although, he was probably disappointed, his wife was greatly relieved.

After Pierce left Washington, he took his wife on an extended trip to the Caribbean and to Europe with the hope that it would improve her health and her mental condition. The three-year trip did not really help Jane, who carried Benny’s Bible with her throughout the trip. Jane Appleton Pierce died in 1863 and was buried near her son’s grave. Jane’s husband died six years later and was buried beside her in Concord.

There are two Pierce houses in Concord, N.H., which are open in season to the public. Both have many items actually owned by the Pierce family and are interesting to visit.