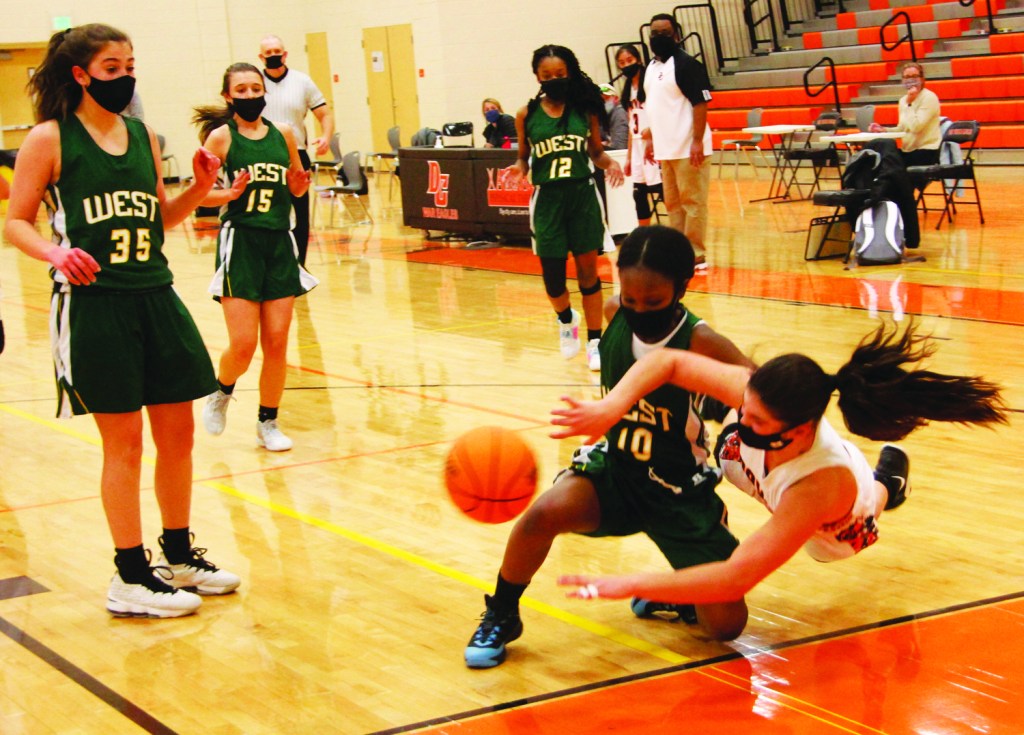 When you lose the first meeting by two and win the rematch by 16, it’s a big deal. The Davie JV girls basketball team continued its ascension against visiting East Forsyth on Feb. 9, winning 42-26.

After holding a 10-9 lead when the first quarter ended, the War Eagles assumed control in the second. Gracie Spicer, Peyton Spaugh, Sydney Phelps and Gracie Wilson shared the offensive load as Davie extended the lead to 20-13. They protected the margin in the third and blew it wide open in the fourth. Spaugh, Sydney Dirks and Phelps allowed Davie to outscore East 11-3 in the final eight minutes.

When Davie lost 39-37 to East on Jan. 22, Lewis did not have Dirks at his disposal. The sophomore was playing varsity at the time. She was the offensive catalyst in this one, hitting 7 of 8 free throws and scoring a team-high 13 points. The fact that she was willing to come down to the JV after spending over half the season on varsity pretty much tells you everything you need to know about her character, according to varsity coach Lindsey Adams.

“Sydney has really stepped up,” Adams said. “She’s never been on JV (before Feb. 2) and was asked to switch with Kenadi (Gentry). I needed another ball handler on varsity, but I couldn’t leave my JV hanging to dry since they already have low numbers. She was like: ‘Yes, ma’am, I’ll do what’s best for the team.’ That takes a very, very unselfish person. I told her I needed her to build confidence. I knew her defense was at the varsity level, but I wanted her to build confidence offensively so she’s also an offensive threat when she’s in a varsity game. So I was very, very proud of her for getting success because she deserved it for being so unselfish.”

All six players scored as Davie improved to 3-2. Phelps had nine. Spaugh was a defensive warrior with eight steals to go with her eight points. Spicer, Wilson and Barbara White had four points each.

“Phelps doesn’t talk much,” Adams said. “She’s just very humble and works hard. She doesn’t get frustrated. She’s one of those mellow players that’s going to do everything you ask.”