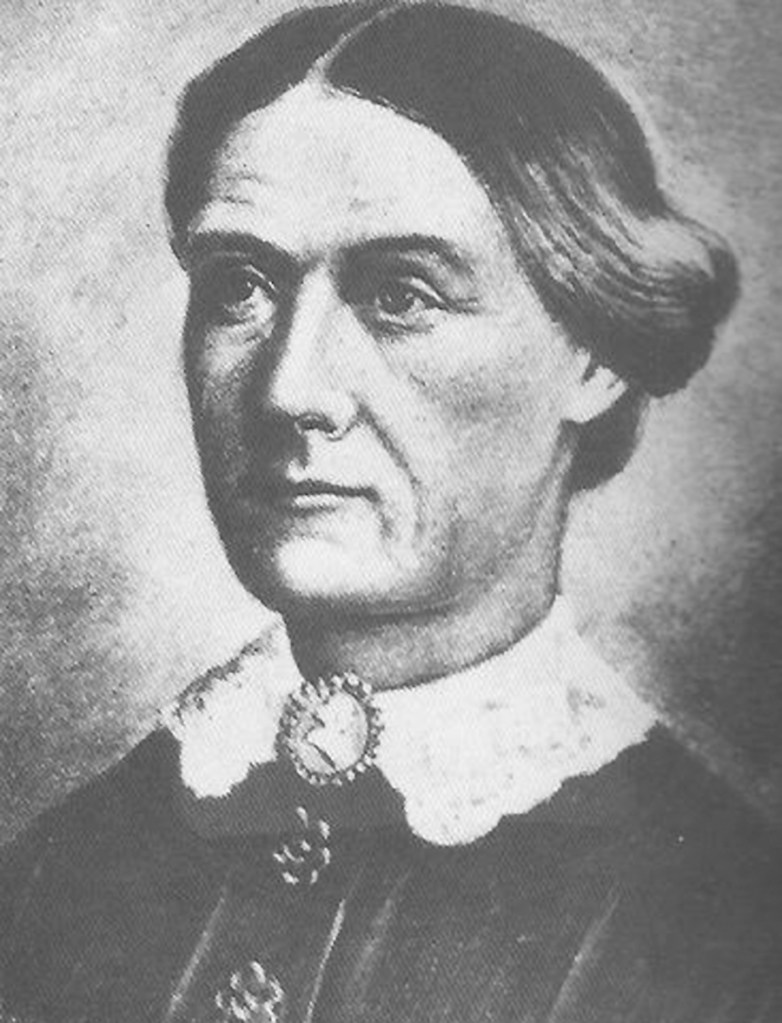 Margaret Mackall Smith Taylor did not want her husband to be President of the United States.

After he was nominated, she even prayed that he would not win. Her prayers were not answered at least in the way that she wanted because Zachery Taylor won the election and became President in 1849.

Major General Taylor became well-known as the result of his military service during the Mexican War, particularly after he led the troops that won the battle at Buena Vista, Mexico. The American people have chosen men who have been military leaders numerous times—they seem to believe that a strong military leader will be strong president. By the time the 12th president, Zachary Taylor, was elected three other presidents had been military leaders – George Washington, Andrew Jackson, and William Henry Harrison.

Margaret Mackall Smith was born in Calvert County, Maryland. in 1788. Her father was a well-to-do planter so Margaret had the advantages of those born into that stratum of society. Margaret, who was a shy young lady, met Zachary Taylor, who was a lieutenant in the Army at that time, while he was on leave. Margaret was 21 years old, and Lt. Taylor was 25. The young couple was attracted to each other, and, before long, they fell  in love.  They were married at Margaret’s sister’s house in 1810.

When Margaret married Zachary Taylor, she signed up for the hard life of that was endured by a military wife. The book, First Ladies Women Who Called the White House Home, by Beatrice Gormley said, “Although Mrs. Taylor had grown up in refined plantation society; she followed her husband without hesitation from one isolated and primitive fort on the Western frontier to another. She made homes for her family in tents and log cabins from Fort Snelling, Minn. to Tampa, Fla.” Between Minnesota and Florida, there were many other postings, but Margaret, who was called Peggy by her husband, never seemed to complain or lose heart. She seemed to take all the hardships in stride, and she even helped the wounded and tried to cheer up the wives of other soldiers along the way. The Taylors had six children during those years of moving from fort to fort.  Two of the four died young. One of their daughters married Jefferson Davis, who later became the President of the Confederacy, but she died a short time after her marriage.

Margaret had withstood 40 years of hardships as the wife of a soldier, and she had done so without complaint. In fact, Zachary Taylor is quoted as saying, “My wife was as much a soldier as I was.” She did not want her husband to be President of the United States, which to her seems like a greater hardship than living at some military post on the frontier. She wanted him to retire so the two of them could have some quiet years together after all those  years of moving from place to place and often living in terrible conditions. Her husband felt that he had to answer the call of his country when the Whig Party nominated him to run against the Democratic candidate, Lewis Cass. He not only ran but he won.

Even though she had the social skills which were acquired when she was growing up to perform the duties of a First Lady, Margaret Taylor absolutely hated the idea of moving to the White House. She managed the hardships that she had encounter while living on the Western frontier, but she did not want to deal with Washington society. Although she had hoped and prayed that her husband would not win the election, Mrs. Taylor did move to the White House after he won but she did not perform the normal First Lady duties. She stayed in the upstairs family rooms where she received friends and relatives, but she took no part in social activities at the White House.

The Taylors’ youngest daughter, Mary Elizabeth, who was called Betty, acted as hostess while her father was President. According to all sources, Betty filled the role of hostess admirably. That youngest daughter had married Lt. Col. William Bliss, who served as adjutant and secretary to the President.

On July 4, 1850, President Taylor spent several hours at a ceremony at the Washington Monument in the hot sun. He got extremely hot and tired. Some hours later, he got very sick. He died five days later. Zachary Taylor had just been President of the United States for just 16 months.

Margaret Taylor was distraught. She refused to allow an autopsy which led to rumors that perhaps the President had been poisoned. His body was exhumed in 1991, about 150 years after his death, and the tests proved that he had not been poisoned with arsenic.

After her husband’s death, Margaret Smith Taylor left the White House and never spoke of it again. She had been denied quiet retirement years with her husband. The sad lady went to live with her daughter, Betty, in Mississippi. Margaret died two years later at the age of 64. She was buried beside her husband in Louisville, Ky. There are no pictures of Margaret Taylor, but there is a drawing which may or may not be realistic, but it is the only likeness in existence.

There is a house in Louisville, Ky. where Zachary Taylor’s family lived and where he probably lived for some years. That house is now privately owned by Dr. William C. Gist, who lives there. He will allow tours of the house if you call ahead. The house has a few pieces of furniture that was owned by the Taylor family but most of the furniture is of the period in which the Taylor family lived at that house. The house has undergone much remodeling, but it is still an interesting place to visit.