Cream can add something special to bland foods 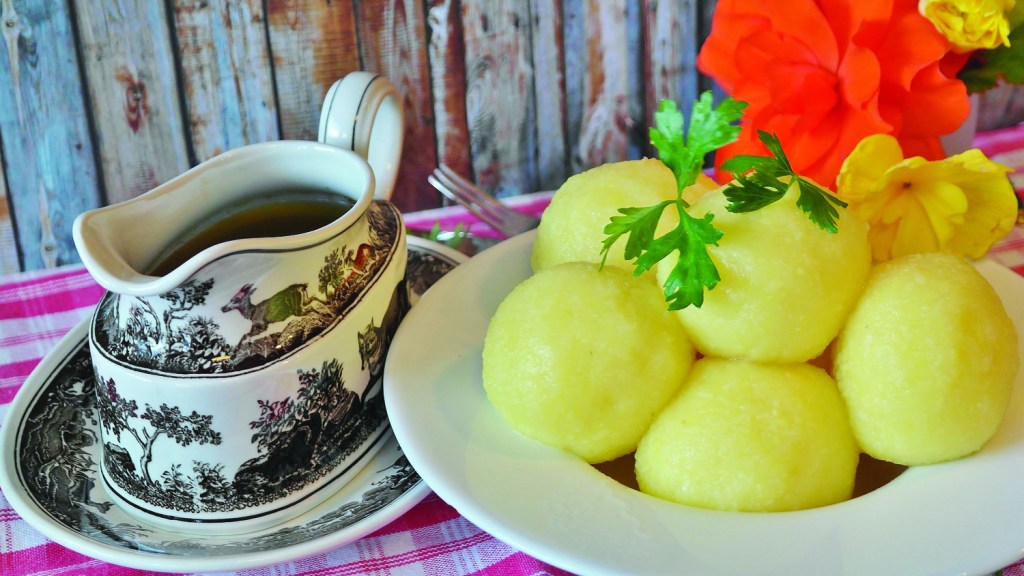 But there’s more to cream. There’s a reason the word is synonymous with the best – you know it’s delicious. Think crème de la crème. Cream’s the pinnacle, taking your vegetables to the top – of taste.

Creams vary according to fat content, so it’s essential to know the difference when a recipe calls for it. Light cream, single cream, table cream, or coffee cream has a low butterfat content and cannot be whipped or boiled. Half and half, a mixture of cream and milk, can’t be whipped but can be used as a sauce when flour is added. Premium whipping cream, heavy cream, or double cream can be whipped and boiled in sauces. With higher butterfat content, these creams are thicker and whip better than regular.

Sour cream is made by adding a bacterial culture to cream and allowing lactose, the milk sugar, to convert to lactic acid. Sour cream cannot be boiled and is prone to curdle with excessive heat.

Cooking with milk versus real cream is like using water instead of broth. You’ll get a less tasty, watered-down version. Enjoy today’s creamy comfort – infused side dishes.  I also included a sauce for meats.

In a heavy saucepan, melt butter. Add shallots. Cover pan and cook until shallots begin to brown. Remove stems of mushrooms and clean. Add mushrooms to butter and cook 8 minutes uncovered, occasionally stirring. Add sherry and brandy. Flame the brandy. When it stops burning, stir in cream. Cook 20 more minutes while stirring until thick. When serving, sprinkle with parsley. Serve alongside beef.

Cook potatoes, cool, and set aside. In a saucepan, melt butter. Stir in flour until it makes a paste. Add Worcestershire sauce, salt, and pepper. Add cream a little at a time while stirring until smooth and thickened with each addition. Add more or less cream depending upon the thickness you desire. Yield: 1 ½ cups.

In a skillet, melt butter. Add leeks, salt, pepper, and nutmeg. Cook while covered, occasionally stirring for 10 minutes until tender. Transfer to a butter greased baking dish. Pour cream over the top. In a mixer bowl, combine melted butter, panko crumbs, cheese, and pepper. Mix well. Sprinkle crumbs over top of leeks. Bake in a 450-degree oven for 20 minutes or until bubbly and brown.

1 cup half and half

In a pot, combine corn off cob, butter, bacon drippings, sugar, salt, and pepper. Cook over medium heat for 15 minutes while stirring with a wooden spoon Stir in half in half and flour. Allow to simmer for 5 minutes or longer until thick enough. If too thick, add water.

In a pot, boil potatoes and garlic in water for 25 minutes or until tender. Drain. Reserve cooking liquid if necessary to moisten.  Add Parmesan cheese and sour cream to drained hot potatoes and garlic and mash. Cream with a hand mixer.  Season with salt and pepper. I sometimes use Yukon Gold potatoes.

Peel cucumbers and slice thin. Place in a bowl and sprinkle with salt. Drain juice from cucumbers by placing a weighted saucer on top and leaving it for several hours. Pour off juice. For dressing, combine sour cream, vinegar, and sugar. Pepper to taste. Pour over cucumbers and blend.

In an ovenproof skillet, melt butter. Add the cream and season with salt and pepper. Increase heat and bring cream almost to a simmer. Add potatoes to skillet. Bake in a 400-degree oven for 20-30 or more minutes until brown on top.

In a butter greased casserole dish, layer asparagus and a layer of sliced eggs. Set aside. In a saucepan, melt butter. Add flour and stir until paste forms. Slowly add cream a little at a time and stir until smooth and thickened. Add pepper and salt. Pour the cream sauce over the asparagus. Top with toasted slivered almonds. Bake in a 350-degree oven for 25 minutes or until heated.

Cut pork into slices and dice. In a skillet, cook pork until brown and crisp. Remove pork and set aside. Reserve 4 Tbsp. of the fat. Add flour to the fat. Blend well to make a paste. Add cream a little at a time while stirring with each addition until smooth and thick. Season with salt and pepper to taste. Stir in the pork.