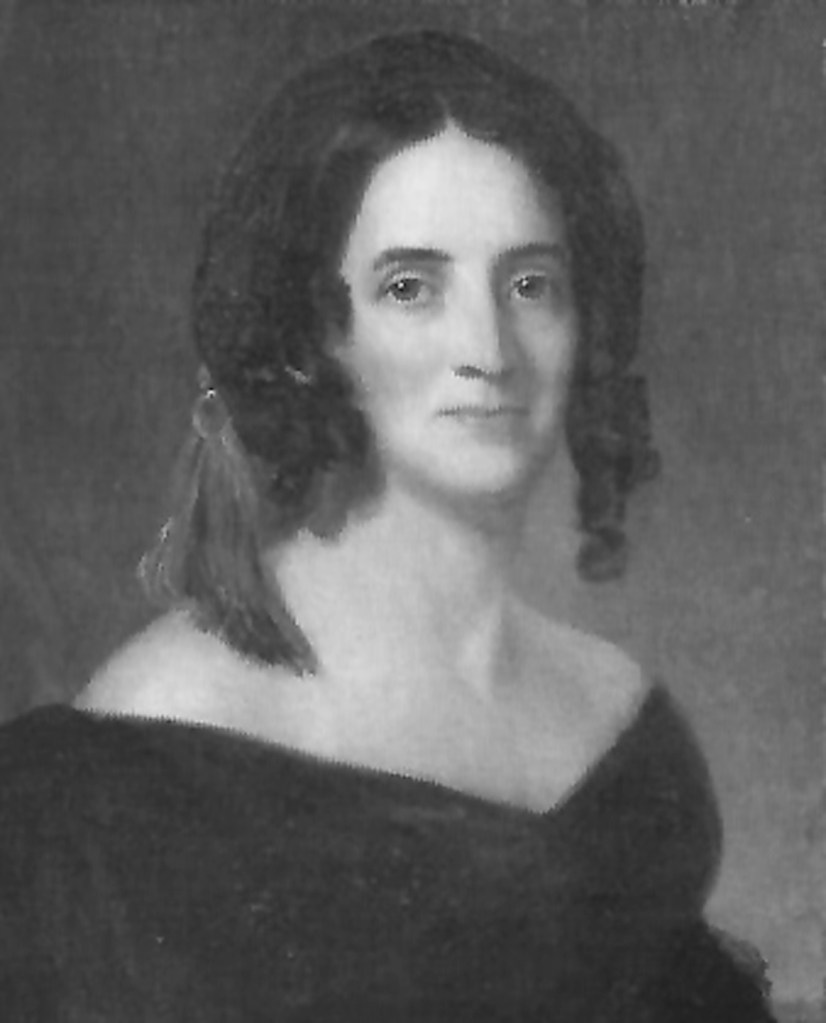 There is a connection between two First Ladies and our state, North Carolina.

The wife of the fourth President, James Madison, was born near Greensboro.

The wife of the 11th President, James K. Polk, went to school at Salem Academy in Winston-Salem.

So in addition to Presidents of the United States having connection to the Tar Heel State, so did some of the First Ladies.

Sarah Childress was born near Murfreesboro, Tenn. to a wealthy planter and his wife, Joel and Elizabeth Childress. As she grew up, she had the advantages afforded by wealth. She went to a boarding school in Nashville, Tenn., and then to Salem Academy. Her good education would be most helpful to her in years to come.

James Knox Polk, a young lawyer, was born in North Carolina and graduated with honors from the University of North Carolina in Chapel Hill. Polk went to work as a clerk at the Tennessee Legislature.  He didn’t think his career was advancing as fast as it should so he asked his friend, Andrew Jackson, for advice. The former President advised him to settle down and get married.  Andrew Jackson even had a wife picked out for him—Sarah Childress.  James K. Polk was an ardent supporter of President Jackson so he took his advice.  To make a long story short, James K. Polk and Sarah Childress were married in 1824. Sarah was 20 years old and her husband was 28.

Sarah encouraged her husband to run for a seat in the U.S. House of Representatives. He won.  Sarah was happy to move to Washington and to help him in his political career—she read his speeches, clipped articles that she thought he should read, etc.   That was the beginning of Sarah’s lifelong assistance to her husband in all things political.   Mr. Polk became Speaker of the House of Representatives, and is the only Speaker of House to become President.

The Polks had no children so Sarah devoted all of her time to assisting her husband. He trusted her opinion more than that of any other person  so she served as his secretary and advisor.

After serving in the House of Representatives for 14 years, James K. Polk decided to run for Governor of Tennessee.  Sarah served as his campaign manager who arranged his schedule and did all the other jobs that were required of a campaign manager. He was elected, and Sarah continued to assist him while he was in that office. She seemed much happier talking about things political than subjects which normally interest ladies.

James K. Polk decided to seek the office of Vice President. He was definitely ambitious. There were many problems during the Democratic convention as the delegates tried to name a candidate for President.After much maneuvering   and with the support of the former President Andrew Jackson, James K. Polk was named the Democratic candidate for the President. He was called “a dark horse” candidate. It seemed that people did not know much about Mr. Polk, but, in spite of that fact, he won the election. Sarah and James moved into the White House and Sarah continued to work as his secretary and chief advisor.

The book, First Ladies Who Called the White House Home, by Beatrice Gormley, may describe Sarah Polk, First Lady best.  It says, “As the result of a bitter election race in 1844, James Polk was an unpopular president, but everyone seemed to like and admire Mrs. Polk. She entertained in the White House with confidence and pleasure although more sedately than Julia Tyler had. A devout Presbyterian, Mrs. Polk did not allow card-playing or dancing.” It is said that the dancing at the inaugural ball stopped when the Polks entered the room. Sarah and James were much more devoted to the work of the presidency than to social activities.  Someone said that Sarah worked so hard or was so busy discussing politics that she would sometimes forget to eat.

All the books about presidents and their wives, talk about how hard the Polks worked. They worked, worked, worked. Even though President Polk was not universally liked, he was able to accomplish a number of things that are important in the history of the United States. President Polk only served one term. At the end of that four year term, the Polks, who were worn out, returned to their home, called Polk Place, in Nashville, Tenn.  President Polk died three months after he returned home on June 15, 1849, at the age of 53.

Sarah put on mourning clothes after the death of her husband. She was seldom seen in any other clothes for the rest of her life, and a long life it was.

Sarah lived about 40 years after the death of her husband. Sarah made Polk Place a museum dedicated to her husband. During the Civil War, Sarah entertained troops from the North and the South. Polk Place was considered neutral territory and was never harmed in any way during the war. Sarah continued to live at Polk Place the rest of her life with her adopted daughter, who was her niece, Sarah Jetton Fall. Sarah died in 1891 at the age of 87. She and her husband are buried on the grounds of the Tennessee State Capitol. James Knox Polk is the only United States President who is buried on the grounds of a state capitol.

Polk Place, the Polks’ home in Nashville, was torn down as has been the fate of many historically significant places in this country. Mrs. Polk’s adopted daughter, Sarah Fall, was able to save many family possessions which are now at the James K. Polk Ancestral Home in Columbia, Tenn.  Those items owned by the President and his wife make a visit to the Federal-style Ancestral Polk Home interesting. That house in Columbia, Tenn. is the only house still standing where James K. Polk actually lived other than the White House.  That house is normally open to the public, but may not be now due to the pandemic.  Call before visiting any of the presidential sites became they have all kinds of schedules.  There is a replica of the birthplace of James K. Polk at Pineville, N.C. There are guided tours at that replica as well as a 25-minute film about Polk shown before the tour.

Your assignment this week is to find out what the 11th President, James K. Polk, accomplished with the help of his wife, Sarah, during the four years that he served as President-1845-1849. A study of his administration is interesting.