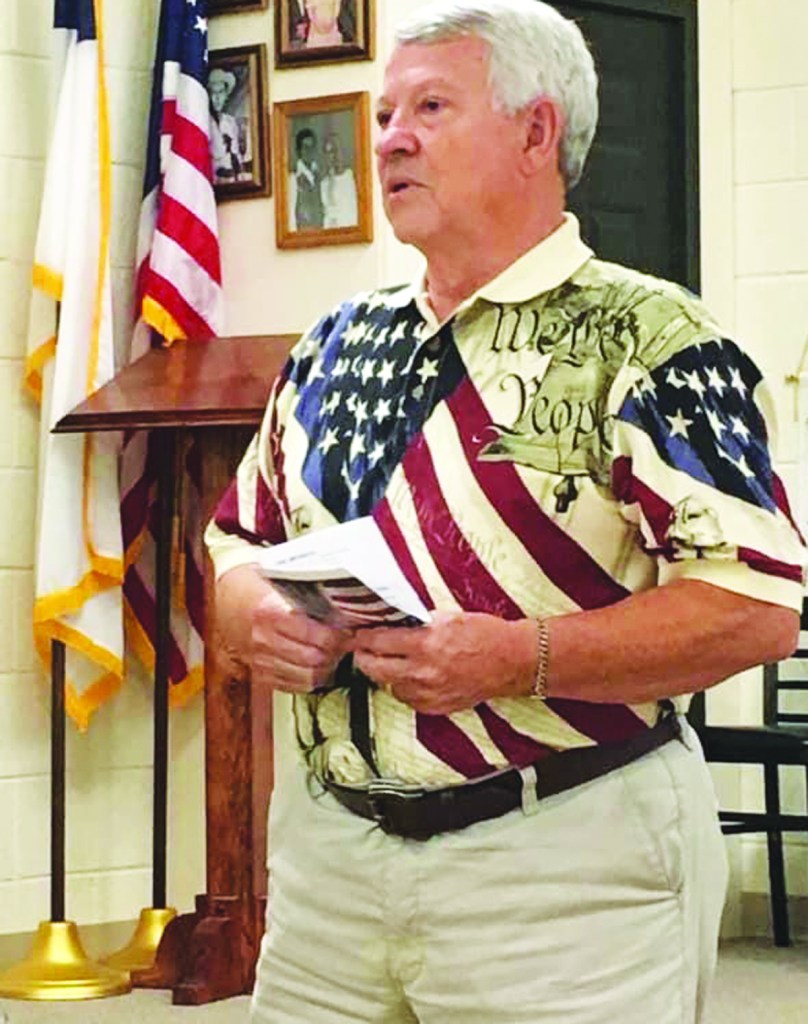 COOLEEMEE – Jim Spry was the definition of “high risk” when he contracted COVID-19, first diagnosed on Dec. 3.

He has Addison’s Disease, which means his body does not produce adrenaline. He is also diabetic, and had been losing muscle control.

The past month has been a roller coaster ride of ups and downs for his family – who say they are getting by the confusing and sometimes conflicting medical system – via their faith and prayer.

The community is doing more than praying. Going door to door, through jar donations at local businesses and via mail, the Judy Webb and the Cooleemee Civitan Club are collecting money for the family. Send checks for the Spry family to Cooleemee Civitans, PO Box 517, Cooleemee, NC, or call Webb at 336-782-3711.

Soon after the COVID diagnosis, his wife, Barbara, said they increased his Addison’s medicine. It worked for about five days before his condition worsened.

His fever went from 102º to 63º. His Addison’s had been compromised so off to the hospital he went.

His wife, Barbara, made the trip at about 11:30 p.m., and waited in the parking lot for word on her husband.

She knew he should have been on IV medication and when he told her he hadn’t, she confronted a nurse, who gave one story, then another, Barbara said.

He had already been diagnosed with pneumonia, but she was told he didn’t have enough symptoms to qualify for COVID medications.

She learned the next day he had been put into ICU. What she wasn’t told was at what hospital. He had been moved.

By Dec. 10, doctors were recommending he go on a ventilator. It was upsetting, because in the background she could hear her husband say, “‘Barbara, don’t do it’.”

The doctors told her it was necessary, and she explained that to her husband.

“They did put him on it,” she said. “We’ve had a mountain of people praying because Jim Spry is one of the most well-liked people in Davie County.”

It had been the longest time she hadn’t been with her husband in more than 50 years of marriage.

Then the prayers started that he would get well enough to get off the ventilator, she said. Those prayers worked, too, she said. Now the prayers are up to get breathing on his own without the help of a tracheotomy.

He has gone from the COVID ICU unit, to the cardiac ICU unit, and is now under intermediate ICU care. He can’t eat or drink on his own. He will enter rehab after the tracheotomy is removed.

“I’m confused with a lot that’s happened, but God has been so good,” Barbara said. “God gave him enough breath to talk to people two days ago. God is going to get us through this.

“Knowing that people have prayed for him to get off that ventilator was Miracle No. 1. Now we’re praying for Miracle No. 2,” she said. “Everybody’s been so great, letting us know that all of us are in their prayers.

“We’re going to continue with prayer and ask everybody for their prayers. “He’s got a huge testimony and he’s such a great witness for Christ.”